Barcelona striker Luis Suarez has defended his aggressive style of play and said he tries to get opponents sent off if they are on a yellow card. 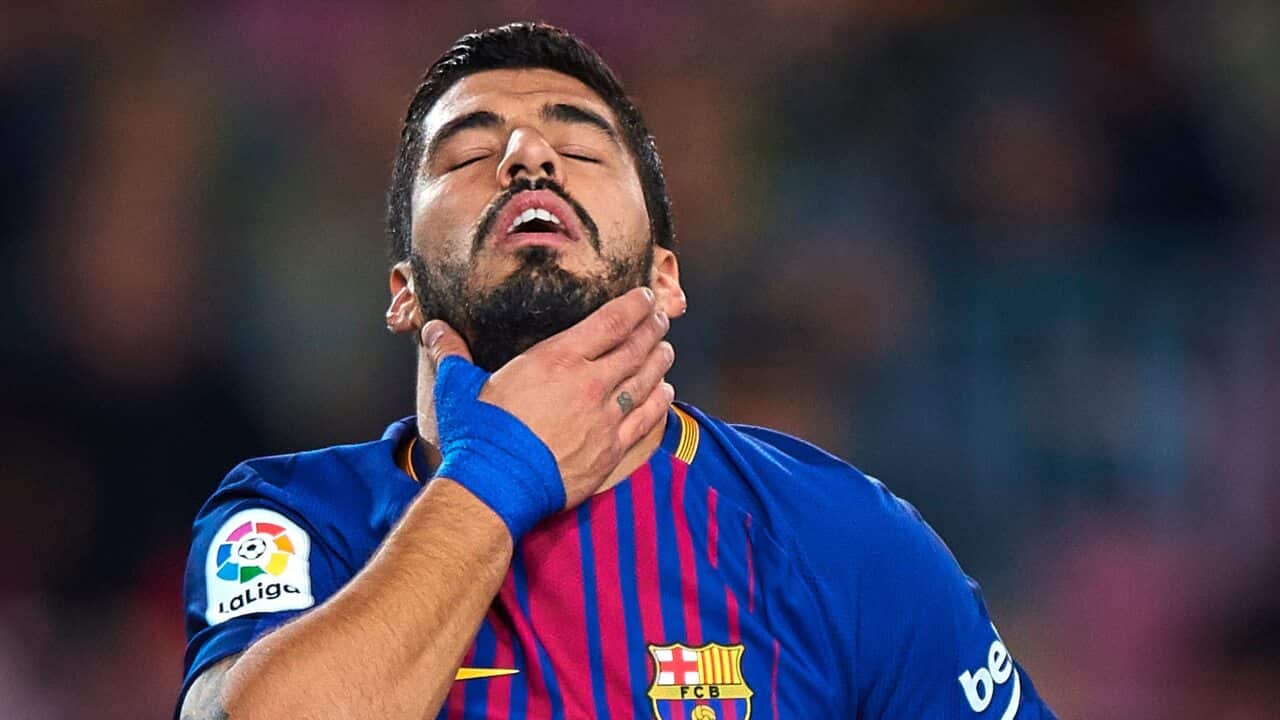 "I'm a difficult opponent but any fan would like to have a player like me," Suarez said in an interview with Spanish newspaper La Vanguardia.

"And if you ask any opponent who has had to fight against me constantly if they would like someone like me as a team-mate they would close their eyes and say 'yes'."

The Uruguay star's bullish behaviour has come under the spotlight ahead of Barca's Copa del Rey semi-final. second leg with Valencia.

Advertisement
Opposing coach Marcelino warned his players not to be provoked by Suarez, but the former Liverpool striker, who calls on-pitch rivalries 'the essence of the game', is unrepentant.

"Here you have to take advantage of the small details. I can argue with a defender and I'll have a better chance of getting him sent off if I know he has been booked, and I know he will do the same to me," he said.

"It's not that I'm old school, I'm just of the theory that if an opponent insults me, tells me I'm bad, says anything he likes or insults my sister, I will never go and cry to the media about it. I put up with everything, it doesn't bother me or hurt me, it's part of the game."

Suarez had a turbulent start to the season as he battled back to fitness ahead of schedule from a knee injury.

He has experienced a dramatic transformation, however, since taking a two-week break in November, scoring 16 goals in his last 17 games to help Barca go nine points clear at the top of LaLiga.

"I was very worried, and not just about the goals because I've been through spells like that before. I knew my knee was bad and I was worried it would affect me psychologically too," Suarez said.

"My attitude was not the same as before and nor was my intensity. But since November I've felt spectacular."