Sydney FC captain Alex Brosque is adamant he is never disrespectful to referees and that the whistle-blowers would agree with him. 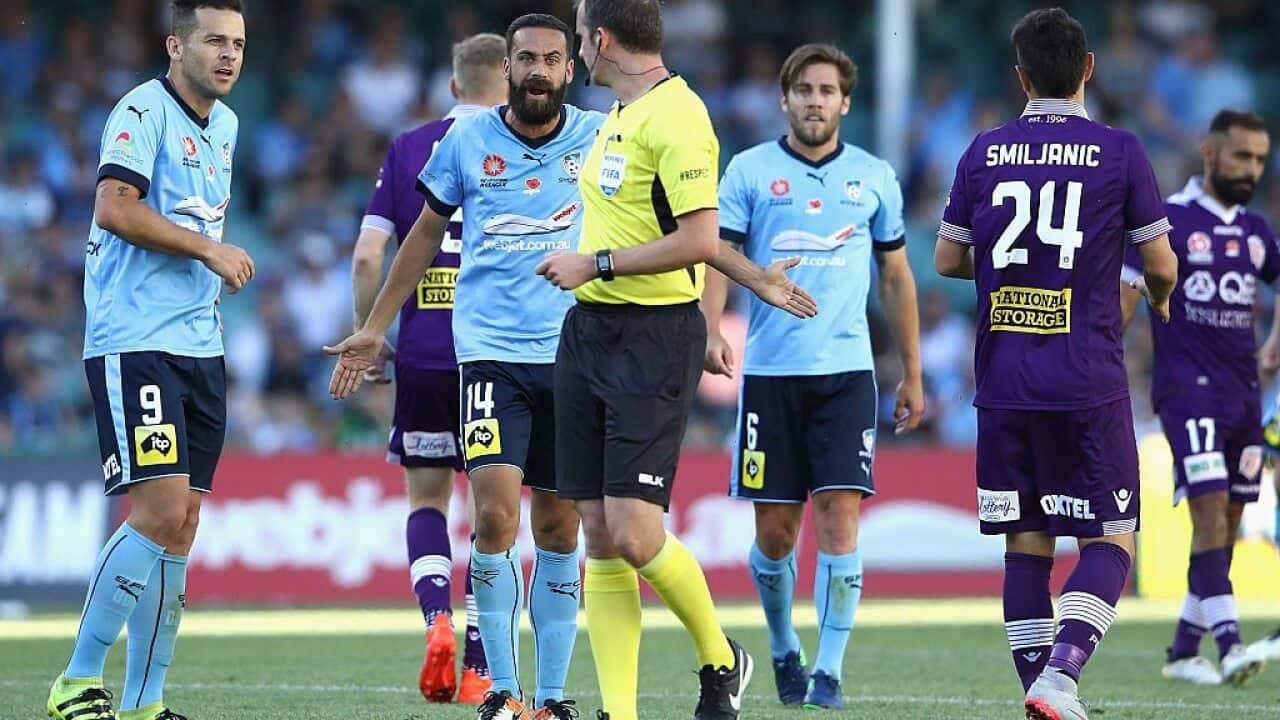 After the latest win by the Sky Blues, 4-1 over Perth Glory on Sunday, Brosque was asked at the media conference about being "a bit aggro" when several decisions didn't go his way.

He said it was his job to question refereeing decisions and that he enjoyed the "banter" with the refs.

It also emerged Brosque had been criticised by Paul Wade during the ABC radio call of the match for what the former Australia captain regarded as excessive "whinging" to referees.

The World Game subsequently spoke to Brosque, who addressed the situation.

"I guess it's probably a bit of passion coming out and a bit of fieriness as well, you know, in the heat of the moment, but at halftime and fulltime I always explain to the referees that I don't mind the banter that goes on between myself and them.

"I appreciate that at times I can get a little bit aggro, but it's never in a bad way.

"It's always to find out what's going on and, yeah, look, I don't know what sort of angle Paul Wade was coming from with that, but as captain, and he would know, it's part of your job to put a little bit of pressure on the referee and make sure the next 50-50 goes our way.

"None of my boys are complaining about it, so I don't particularly care about any comments coming from the outside."

Brosque said interaction between captains and referees that sometimes got heated was part of the game both parties accepted.

"I always explain to the refs that I've got full respect for them and I think they see that in the way I speak to them," he said.

"Even though I may be shouting sometimes, nothing is ever said disrespectfully and, look, to be honest, maybe 'Wadey' can have a chat to a referee and see what they think about me.

"I've never got any issue with the refs and I genuinely enjoy the banter that goes on between myself and the refs and I shake their hand at the end of the game.

"If I'm yelling I like it when they put me in my place a little bit, I don't mind it. I think it's part of the game and it's normal for the captain to be questioning the referee every now and then."