Josep Gombau says it's time for Australia Under-23's to be seen as an incubator for future Socceroos, rather than simply a vehicle for Olympic Games qualification. 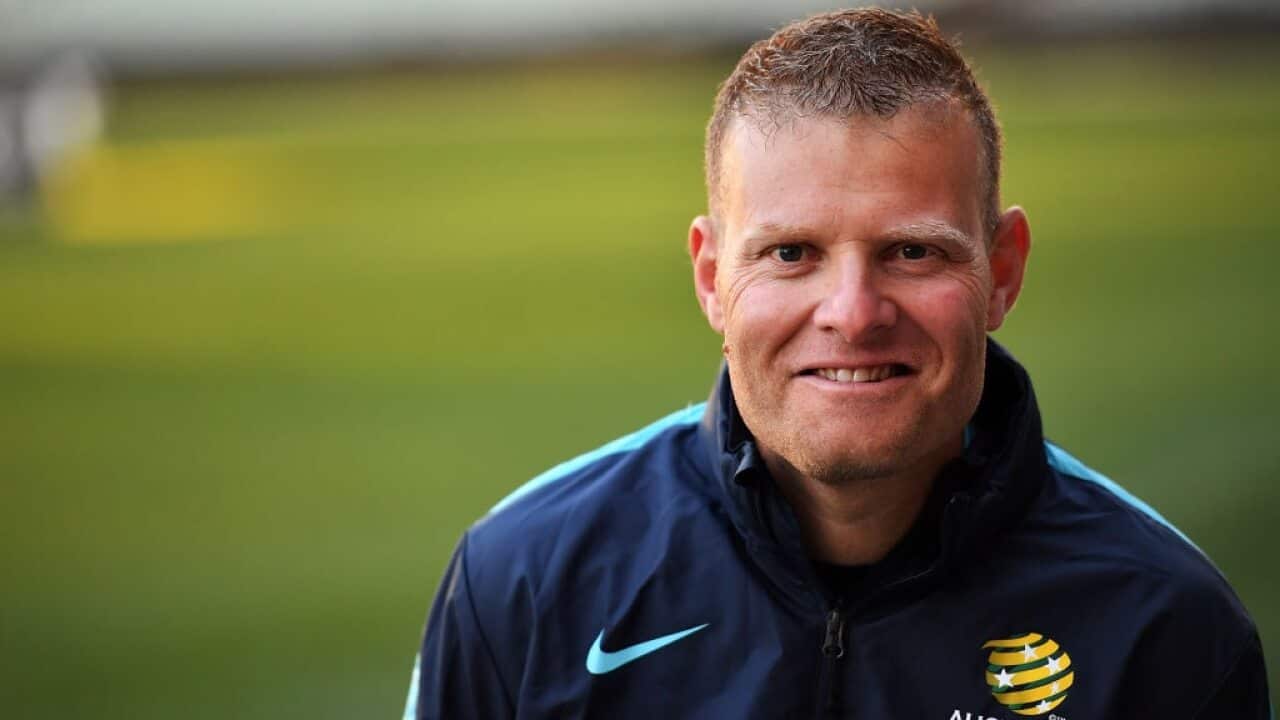 The Spaniard was criticised by former club Adelaide United for selecting 11 players for this month's AFC Championship qualifiers in Myanmar, who will be too old for the 2020 Tokyo Olympics.

But the Under-23s coach, who doubles as an assistant to Ange Postecoglou with Socceroos, said he's in the business of shaping potential senior call-ups, rather than solely focusing on qualifying for an Olympic Games every four years.

Speaking after Australia brushed past Brunei, Singapore and Myanmar to qualify for January's AFC Championships in China, Gombau said: "I am working with players who I hope will one day play for the Socceroos".

"There are two different things here: one thing is the Olympic team and the other is Under-23's.

"Every two years we have a major competition in Asia, and every four years the top four teams qualify to go to the Olympic Games.

"We don't want to miss developing players simply because they are ineligible age-wise to play in Olympic Games qualification.

"We have two years to do that ... and we don't want to close the door on a generation of players who may one day be good enough for the senior team.

"Some people have been complaining 'why is Josep picking players who can't go to the Olympics'?

"They need to understand that it's not about the Olympics right now ... it's about Asian tournaments and we don't want players to miss the chance to play for their country."

Gombau also said he will construct the nucleus of future squads around home-based players because overseas clubs are not compelled to release players due to the Under-23's calendar being constructed around non-FIFA dates.

"I am happy to have a squad where a lot of the boys will be playing every week in the A-League," he said.

"It's really important to have players getting game time for their clubs and that's what you have seen with the A-League players we have been picking.

"In the past, perhaps we relied a lot on overseas based players and then they were not released by their clubs for Olympic qualifying tournaments and that made it very difficult," said Gombau, referring to strong mitigating circumstances in Australia's failure to qualify for London 2012 and Brazil 2016.

"When you lose seven or eight players like this it's not a good situation and you are forced to bring in players who maybe aren't ready.

"I don't want to have this problem, which is why we are using a lot of A-League players."

That said, Gombau will do all he can to facilitate the release, from their European clubs, of the likes of Riley McGree, Aiden O'Neill, Milislav Popovic and Brandon Borrello to add extra flair and steel to future squads.

"It's about finding a balance between the players here and those overseas," he said.

"I trust the players we have and their potential. It's an honour to coach them."

Gombau is also planning to adopt Postecoglou's 3-2-4-1 formation for the Under-23's.

"We are aligning with the football philosophy of the Socceroos and you will see that in the next camp," Gombau said.

"But systems are just numbers, what matters is having the same philosophy."