Italy striker Ciro Immobile netted a double as Lazio won 3-0 at Udinese to move third in Serie A. 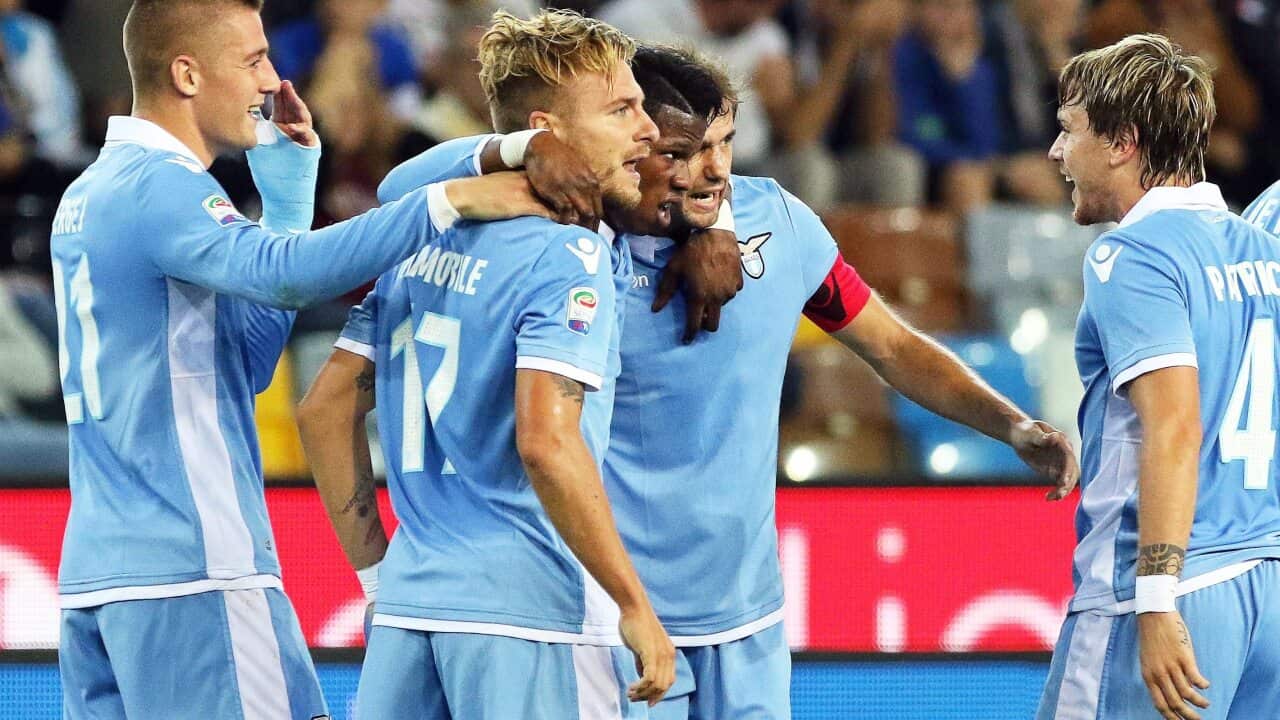 Lazio took the lead in the 28th minute when Immobile headed in at the near post and the visitors doubled the lead nine minutes into the second half when Keita was played into the right side of the penalty area and dinked the ball over goalkeeper Orestis Karnezis.

Immobile wrapped things up with a well-worked third goal in the 61st minute, slotting into the bottom right corner after cutting into the left side of the penalty area.

Chievo scored twice during the closing stages to secure a 2-0 away win over Pescara and keep in touch at the top.

Advertisement
The Flying Donkeys, beaten by 2-0 at Napoli last week, rode their luck during the first half when Rey Manaj and Cristiano Biraghi both went close for Pescara.

Chievo then snatched the lead in the 76th minute when Riccardo Meggiorini beat the offside trap, then Roberto Inglese added a second on the counter with five minutes left.

Rolando Maran's side are up into fourth place, two points ahead of Inter Milan and three of Roma, with those teams set to play each other in the capital on Monday morning AEDT.