Veteran Alejandro Valverde has set his sights on next year's Tokyo Olympics in what will be the final season of his Movistar contract. 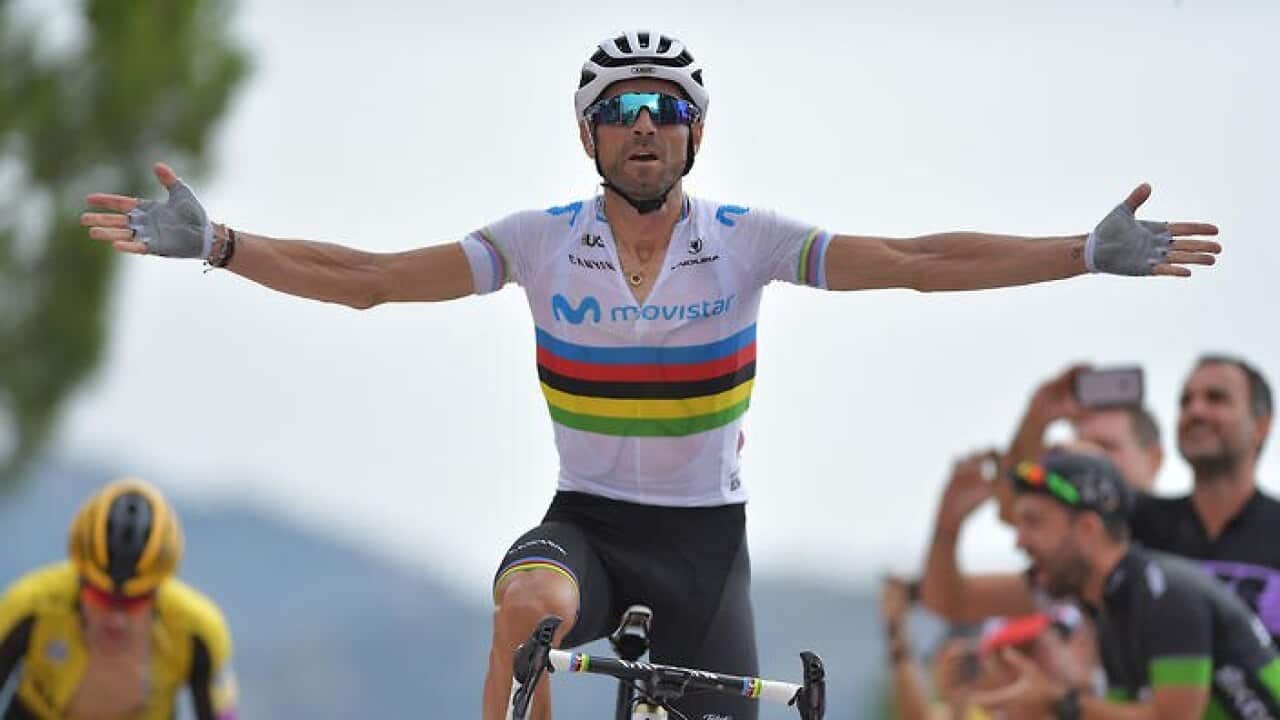 The 39-year-old had made the men's road race in Tokyo a priority for the 2020 season, but will now be forced to wait with the Games postponed due to the coronavirus.

A world champion in 2018 and medallist on six occasions, the Spaniard is yet to achieve Olympic success but remains committed to the cause should he be selected.

"Of course, I’ll be 41 years old then and everything will be more difficult, but I’ve got one more year on my contract," Valverde said via a video message.

Advertisement
"In 2021, I’ll be racing. If the national coach selects me, I’ll be in the Olympics and trying to do the best I can."

The pandemic has seen all cycling suspended in the interim, and though it remains unclear as to when competition will continue, Valverde sees July's Tour de France - LIVE on SBS - as the perfect target.

Valverde had previously planned to use the Tour as preparation for Tokyo's showpiece event, but has since vowed to give his all "there and in all the races at the end of the season."

A professional since 2002, one last Olympic berth in 2021 could prove the final chapter of Valverde's coveted career, before taking up a more ambassadorial role.

"With this stop, I don’t know if I’ll extend my contract or not but I’m planning on riding a full season in 2021," he added.