Record signing Jackson Irvine is looking increasingly unlikely to see out his three-year contract at Burton Albion with a six-pack of suitors circling for the Australia midfielder. 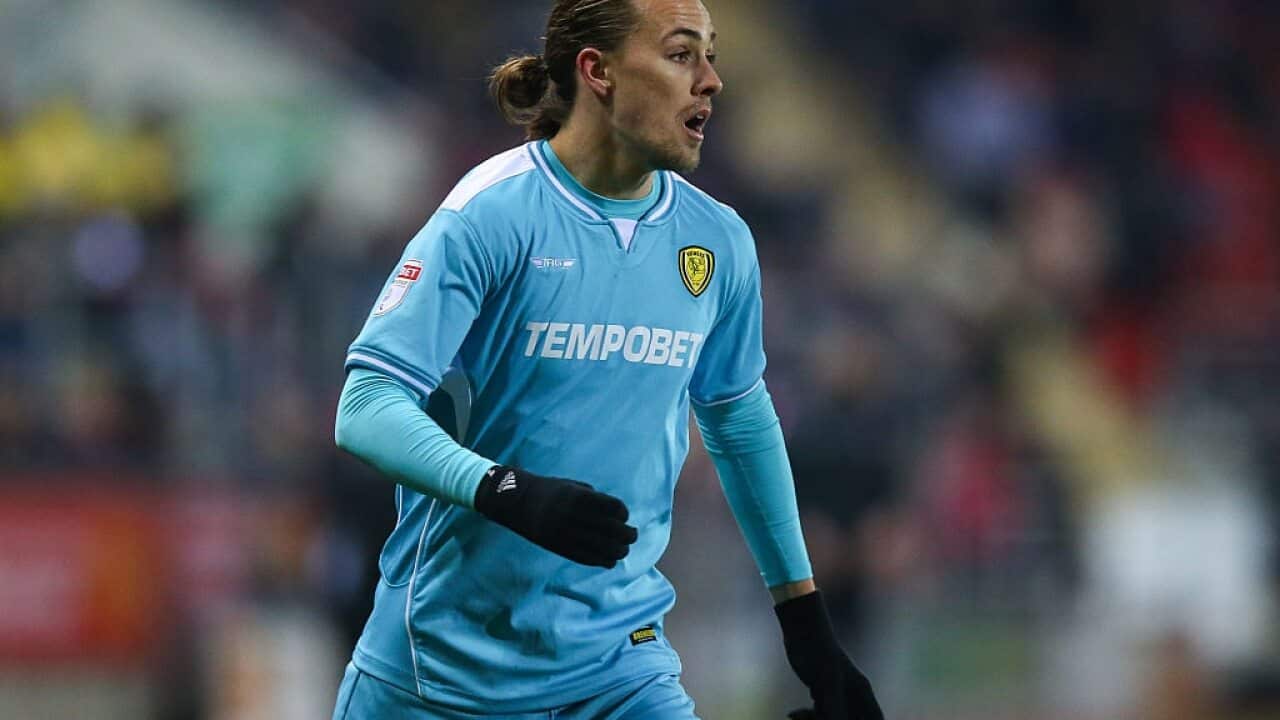 While Socceroos midfielder Aaron Mooy hoovers up the plaudits at Huddersfield for his pivotal performances, it's his national teammate Irvine who has been leading the goal charts for Australia's overseas contingent with eight in 26 appearances for the Brewers.

Advertisement
With Nigel Clough's newly-promoted side just a point off the Championship drop zone, they are desperate not to lose Irvine this month amid expressions of interest from Premier League strugglers Swansea City and the Championship quintet of Derby County, Norwich City, Wolverhampton Wanderers and Mooy's Huddersfield Town.

Transformed from deep-lying midfield linchpin, during his time with Ross County in the Scottish Premiership, to an attack-minded marauder by Clough, keeping Irvine - at least until the end of the season - has become key to Burton's hopes of avoiding an instant return to League One.

With Burton yet to receive any concrete offers for the 23-year-old, despite the growing interest in his new-found scoring ability, Clough is hoping the the storm will pass and he will keep his most important player at a challenging time for the club.

Irvine suffered a head knock during the mid-week 1-0 home loss to Preston - playing out the game with a bandaged cranium - but is still hopeful of being fit for Sunday morning's (AEDT) third round FA Cup tie against Watford.