Despite boasting a world class stadium and a major Russian Premier League club, Krasnodar in south-west Russia missed out on the 2018 FIFA World Cup. Why? 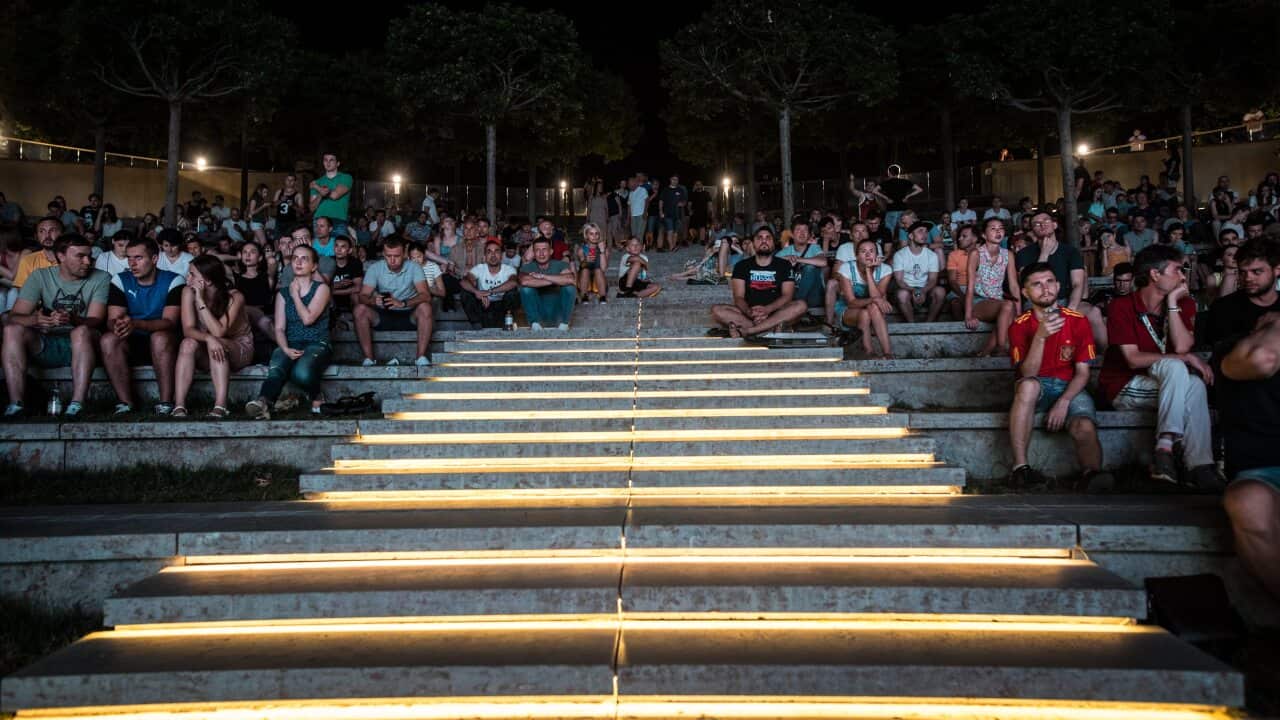 At the main train station in Krasnodar, several hundred kilometres inland from the Black Sea, the absence of World Cup fever is immediately visible.

There is no flashy signage, welcoming the arrival of the biggest sporting event on earth.

No red-shirted volunteers – ubiquitous in host cities – smiling and offering to lend a helping hand.

Advertisement
And no football supporters, hailing from across the globe and instantly recognisable with their fan ID lanyards.

Twenty-five-year-old Denis, a sales manager and amateur DJ, wonders what might have been.

“It is sad,” he admits, clad in a Russian national team jersey. “Understandable, but still sad.”

Krasnodar is the 16th most populous city in Russia, and was originally on the long-list to be a FIFA World Cup host.

But despite boasting a team in the Russian Premier League – unlike five of the host cities – it did not make the final selection.

Saransk has a population of just 314,000; Krasnodar is home to almost a million people.

“They do not have a proper football team, they had to build a stadium – I just don’t see the point,” Stepan continues.

Krasnodar’s exclusion was partly due to geography.

It is in the same administrative region as Sochi, which hosted six matches, including the Socceroos’ clash with Peru.

The Black Sea city hosted the 2014 Winter Olympics, and the Russian government’s desire to ensure a continued legacy for Games infrastructure saw Sochi leapfrog Krasnodar on the priority list.

But the local organising committee’s rule that each region could only contain one host city seems contrived.

The geographical distribution of some host cities makes little logical sense, and the inclusion of the likes of Saransk at Krasnodar’s expense has raised more than a few eyebrows.

Some suspect politics may have played a role.

The businessman is unusual among Russia’s oligarch class.

While most are based in Moscow and hop around Europe on a weekly basis, he still lives in Krasnodar and eschews foreign travel.

After beginning his career at a bank branch, Galitsky opened a supermarket in Krasnodar in 1998.

By the late 2000s the chain he subsequently developed had become one of Russia’s biggest, amassing him a sizeable fortune.

But as one of the very few Russian businesspeople to have built their business empire without state assistance – neither via cheap privatisations nor with the support of political connections – Galitsky remains an outsider.

This has left some observers to speculate that Krasnodar’s omission from the World Cup might be due to the city’s absence of an influential voice in President Vladimir Putin’s inner-circle.

Whatever the reason, Krasnodar’s lack of World Cup participation is keenly felt by a football-mad local community.

FC Kuban Krasnodar was one of the oldest clubs in Russia, founded in 1928 and once associated with the Soviet secret police.

While Kuban’s star has faded in recent years – and the club was dissolved in May after financial difficulties precluded them from obtaining a second division licence – FC Krasnodar has enjoyed a rapid rise.

Established from scratch by Galitsky in 2008, the club has rocketed up the football pyramid.

The team finished fourth in the most recent Russian Premier League season and will contest the UEFA Europa League this year.

But unlike most other Russian teams, who have splashed cash on expensive imports, Galitsky is determined to develop local talent.

“We don’t buy players, we prefer to grow players,” says Stepan, whose son is part of FC Krasnodar’s academy.

According to the Financial Times, Galitsky has spent AUD$120 million on world class facilities for his club’s academy.

Three hundred and twenty young players live on-site, while another 11,000 children from the city train and play on the academy’s 27 pitches.

Stepan’s son Artem – aged seven and the “next Lionel Messi” according to his father – trains twice a week and plays each weekend under the watchful eyes of FC Krasnodar coaches.

While the club’s youth program is overwhelmingly populated by locals, they also bring kids from all across Russia to Krasnodar – paying all expenses to ensure the academy can have the pick of the vast nation’s junior talent.

Once at the club, a holistic approach to player development is taken.

“If they don’t get good results at school, they are excluded from football,” says Stepan.

“A lot of parents want their kids to go to the academy,” a prominent supporter of the team told the Financial Times.

“Even if they don’t make it as professional footballers, they’ll still be smart, well-rounded people.”

The pièce de résistance of Galitsky’s investment in the club is a AUD$400 million stadium, opened in late 2016.

With a Colosseum-like design and a giant, internal wrap-around screen, the arena has been hailed as the “coolest stadium” in world football.

The stadium is the centrepiece of the sprawling academy complex, set within a broader, leafy park that fills with locals each evening.

The stadium, academy and park complex is the largest infrastructure project in the city’s history – and entirely funded by Galitsky. “He loves Krasnodar,” says Stepan approvingly.

Former Russia manager Fabio Capello has even described Krasnodar’s facilities as the best in the world.

Yet on a warm June evening, as hundreds of locals gathered at an amphitheatre in the park to watch Belgium beat England screened live from Kaliningrad, Krasnodar’s imposing stadium sat empty.

Krasnodar was not entirely excluded from the World Cup.

Spain was based in the city, at Galitsky’s academy, while three other national teams were located within the broader region.

Spain’s presence provided one of the few visible signs of the tournament.

The Spaniards failed to endear themselves to locals, with rumours circulating that the team disliked Krasnodar. The heat and bad traffic were cited as primary gripes.

Locals had the last laugh – Spain was defeated by hosts Russia in the Round of 16.

La Furia Roja’s visit was not the first by a Spanish team. Real Madrid’s academy team played at Krasnodar Stadium in February in the knock-out rounds of the UEFA Youth League.

The Spanish giants beat Krasnodar’s junior side on penalties following a tightly-contested encounter in front of a capacity crowd.

Galitsky’s ambitions go well-beyond the pan-European youth league. If the billionaire has his way, FC Krasnodar might soon be competing in the senior equivalent – the UEFA Champions League.

According to Denis and Stepan, both avid fans, Galitsky has long-term plans for the club.

The billionaire, who often walks through the park without security to mingle with fans, recently sold his supermarket business to a state bank.

Some observers murmured that the Russian government may have forced him out.

Other suggest he became entirely consumed by football.