A pair of extra-time goals gave Algeria victory over Tunisia in the FIFA Arab Cup Final on Sunday (AEDT), in a dramatic end to the World Cup curtain-raiser tournament. 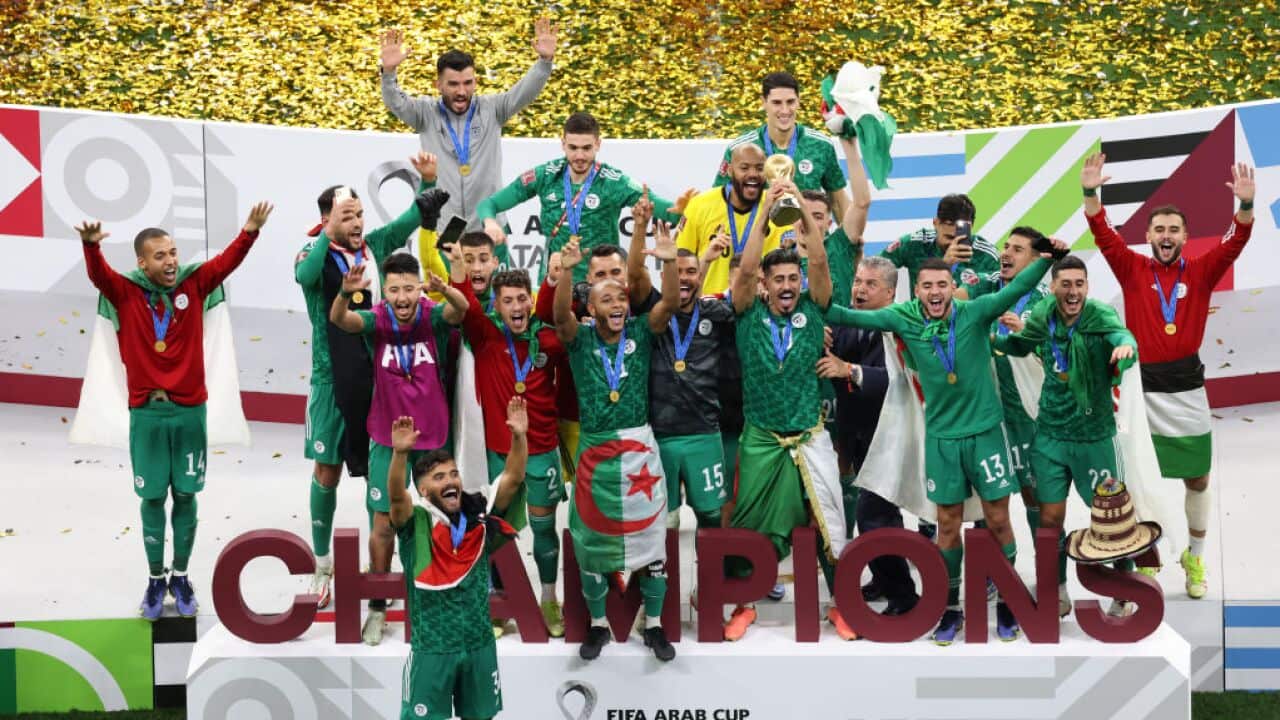 Neither team could break the deadlock through the first 90 minutes of the match from Qatar's Al Bayt stadium, before a rocket from Amir Sayoud gave Algeria the lead in the ninth minute of extra time.

Yacine Brahimi sealed the result with the last kick of the game after Tunisia pushed everyone up for a corner in added time, walking the ball into an open net to add another trophy to the cabinet for Algeria, who previously won the 2019 African Cup of Nations.

Reporting from the match, Al Jazeera sports correspondent Joanna Gasiorowska said Algeria's run at the tournament was an amazing achievement given their undermanned squad.

Advertisement
“They don’t have their European stars in the side and they registered in the tournament as Algeria A,” she said. “They have done so well to get this far [to the final], and now they have won the tournament. It’s just really incredible.”

In the other game of the final matchday, host nation Qatar secured third place after beating Egypt 5-4 on penalties.