Adelaide United clawed a 3-3 draw with Korea's Jeju United on Wednesday night to bank a first point of their AFC Champions League campaign. 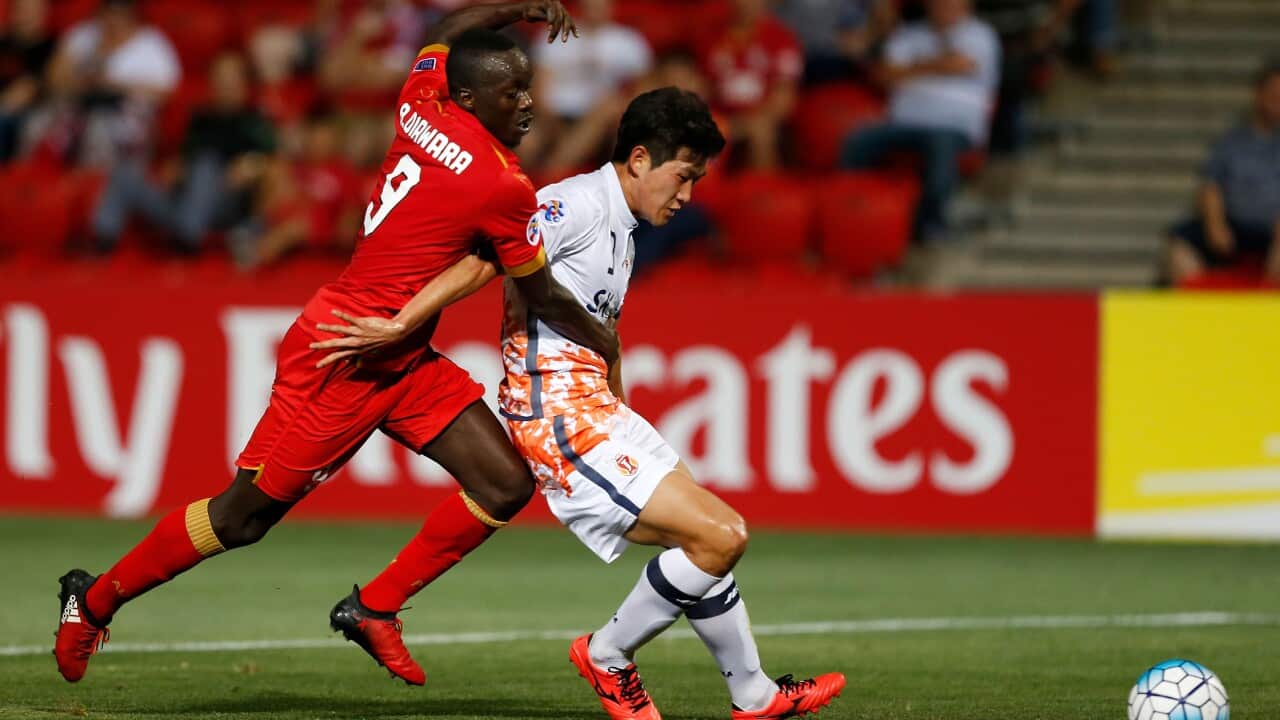 Adelaide United clawed a 3-3 draw with Korea's Jeju United on Wednesday night to bank a first point of their Asian Champions League campaign.

The Reds held a lead, then came back twice on home turf at Hindmarsh Stadium before just 3539 spectators - the lowest-ever home crowd for an Adelaide United game.

Adelaide's Senegalese frontman Baba Diawara opened the scoring from the penalty spot before the Koreans responded with two rapid-fire goals.

After a scoreless opening half, the five goals came in a frenzied 25-minute burst to leave the Reds with a draw and two losses at the group stage midpoint in the lucrative Asian tournament.

Diawara's coolly-taken penalty in the 51st minute came after Jeju defender Oh Bansuk was struck on the arm by a Jordan O'Doherty blast - the Korean gamely charged at the ball and had turned his body when hit.

But the visitors went level 10 minutes later when Jeju's swivelling substitute Frederic Mendy turned his marker Dylan McGowan a metre from the near post, before scoring with a left-footer which struck the far post and bounced into the net.

The galvanised Koreans then launched into full attacking mode and, in the 71st minute, were rewarded when Marcelo Toscano scored a screamer - a first-time, right-footed thunderbolt from 22 metres.

A minute later, Adelaide's Cirio perfectly placed a header from a slick Ben Garrucio cross, only for the visitors again to go ahead in the 84th minute when Kwon Soonhyung scored with a sweetly-struck low shot from outside the box.

But yet again, Adelaide answered within a minute when Ochieng curled a right-footer into the net in the 85th minute.