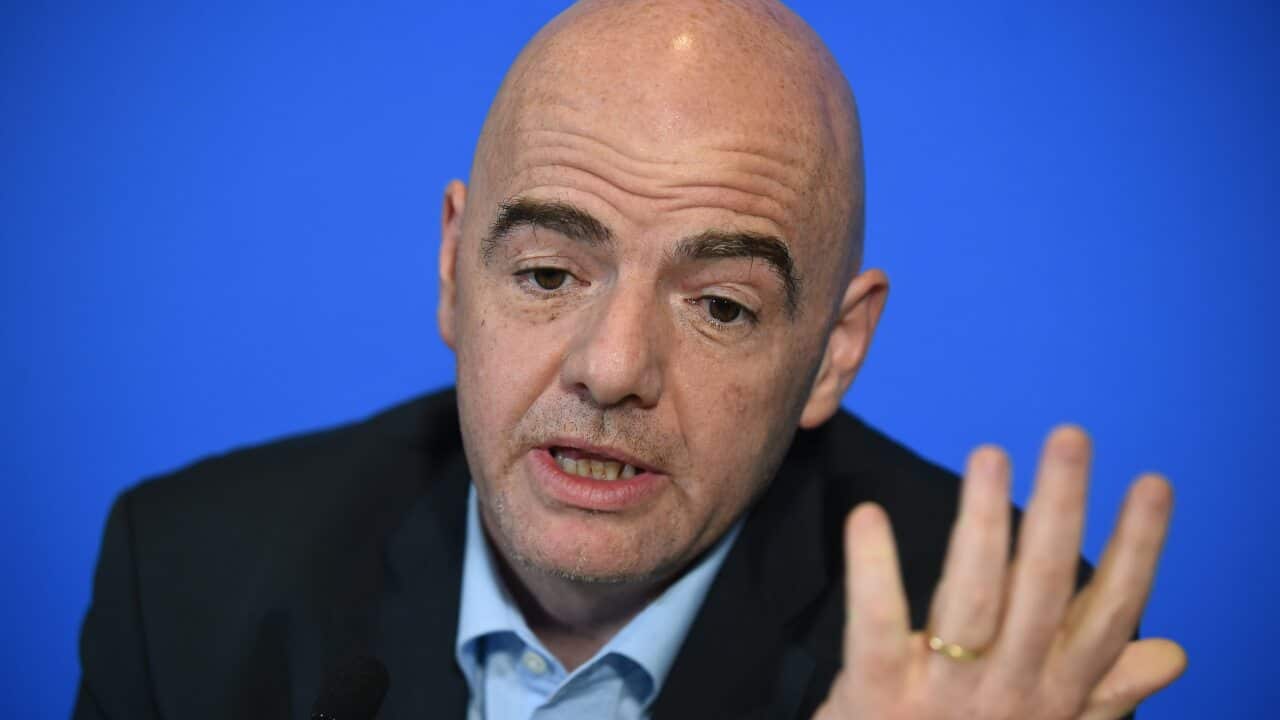 A report into the 2006 FIFA World Cup corruption allegations has concluded a payment of $9.91 million from the German football federation (DFB) to world governing body FIFA in April 2005 cannot be ruled out.

The award of the 2018 and 2022 tournaments to Russia and Qatar have also been tainted by allegations of corruption and Infantino - who wants to start the 2026 process within three months - insisted FIFA must ensure it does not continue during future bids.

Advertisement
"We need to make sure we do everything we possibly can, not only to prevent strange things happening around bidding processes but also to prevent the perception strange things could happen," he said, speaking in Cardiff ahead of the International Football Association Board AGM.

"So, we need to make sure the bidding process that we put in place is absolutely bullet-proof.

"Now, an absolute guarantee on everything as of now? It's certainly the commitment that I want to give and that I will do everything I can to make sure this happens because I think that the credibility of FIFA is, as well, at stake here and we have to get the 2026 process absolutely right."

Russia is due to host the FIFA World Cup in two years and Infantino insisted it was time to focus on making the tournament a success.

"I am a pragmatic person," he said. "FIFA needs to deliver to World Cups, one in two years and one in six years for decisions which have been taken six years ago.

"Following which there has been a lot of speculation and a lot of allegations but not one single fact, in six years. At some stage we have to say 'let's focus on working'. I want to work and help Russia and Qatar host the best World Cups ever, as we always say."

Infantino included a 40-team FIFA World Cup in his election manifesto and he insisted he will try to convince others to expand the competition.

He said: "I believe in it but I'm not a dictator as well, I can only try to convince everyone this is the right way forward.

"If I can't it will be tough for me but I will have to change my mind. Having said that, when I put something in my head I am quite convincing."

Infantino also revealed he has also received a message of congratulations from shamed ex-president Sepp Blatter after his election win last week.

He added: "I briefly spoke to him to get his congratulations and that was it.

"I won an election and I am responsible to the associations who have elected me. I am going with my convictions and my ideas, trying to do the right thing. Even if I make mistakes, I hope I will make many more good things."

Meanwhile, Infantino believes video technology in football is 'inevitable' and would be happy for the English and Scottish Football Associations to trial it.

The 45-year-old is in Cardiff for the International Football Association Board AGM where it is expected to give the go-ahead for live video trials.

The trials, which will need two years of testing, will be designed to help referees make game-changing decisions relating to goals, penalties, red cards and mistaken identities.

The English and Scottish FAs are keen to trial it, with English FA chief executive Martin Glenn hinting it could possibly happen in next season's FA Cup, and Infantino would be open to allowing the home nations to be guinea pigs.

"I will hope we see trials in as many places as possible in the world but also in England and Scotland," he said.

"I would like everyone to have an open mind about these things without prejudging what the results at the end will be. The recommendation is that this moves forward. We have to discuss it tomorrow.

"Sooner or later it will be inevitable. Let's start to do something sooner rather than later."

Also on the agenda on Saturday is sin-bins and the possibility of allowing a fourth substitute in extra-time in cup competitions.

But video technology could send football into a new era and Infantino knows the IFAB must get it right before anything is given the official green light.

He said: "Technology is on the agenda, the experiments to be done are on the agenda and it's important to protect the traditions.

"Football is such a successful sport because some wise people have protected the history but we cannot close our eyes to progress.

"We have to look forward. Look into it, test it, maybe it's successful, maybe it's not. Maybe we have to fine-tune it and maybe it takes a few more years to reach the right solution.

"Football has a particularity which is the flow of the game and we have to see what impact technology has.

"We are confident we can come out with something good at some stage. I am not afraid of anything. We have to acknowledge we are in 2016 and we have to be open."