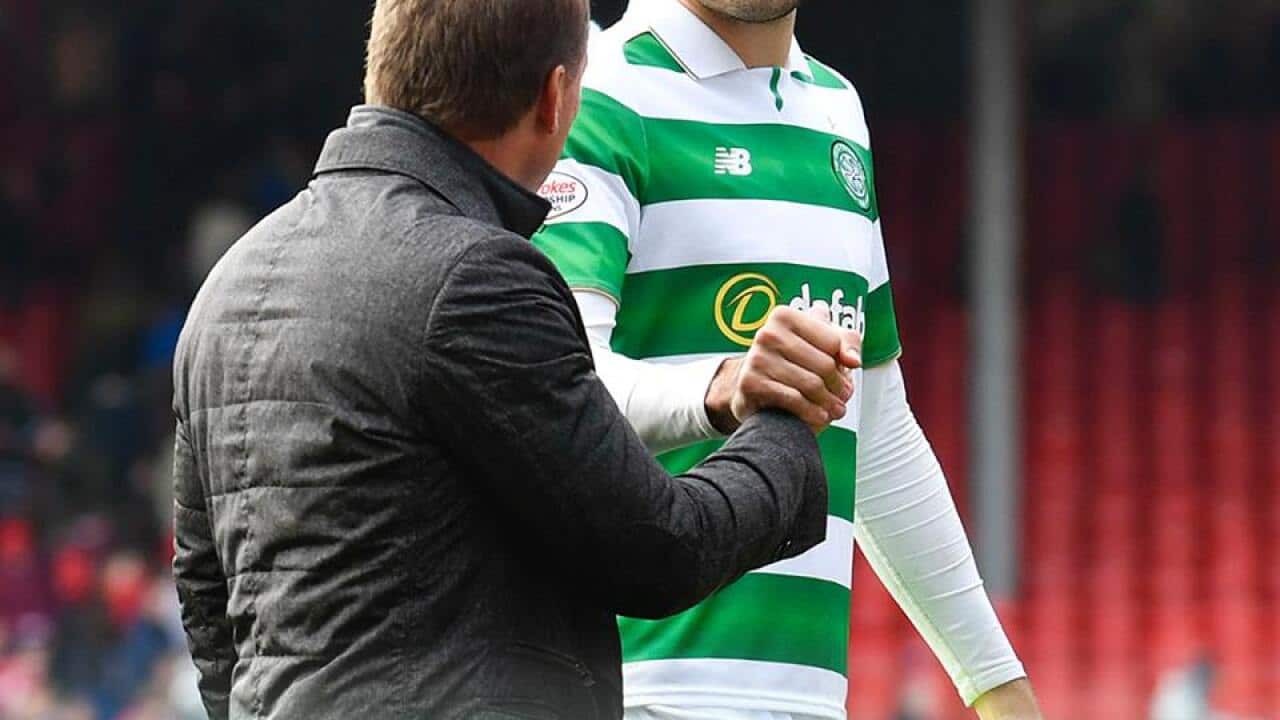 A self-confessed "Celtic nut" who spent five years with the Bhoys without ever breaking through, Irvine, 23, says the arrival of Rodgers this season has taken his ex-Hoops teammate to new heights.

With seven goals in 12 appearances in all competitions, Rogic is in rampant form heading into next Tuesday's 2018 FIFA World Cup qualifier against Thailand in Bangkok.

"Brendan Rodgers has placed his trust in Tom and he won't have disappointed," said the Burton Albion midfielder.

Advertisement
"When Brendan came to the club, I said at the time he'd be the club's best signing of the season and it's been great for the club and also for Tom.

"Last season he was behind four of five players in the pecking order for that role just in behind the strikers. But that's all changed under Brendan Rodgers and he's been in superb form this season.

"Celtic have been dominant in the league (10 points clear at the top of the Scottish Premiership) and people are already saying the title is theirs, and Tom's been a big part of all that.

"We all knew how good he could be, and you'd see that at training in my time at Celtic, and also in games. But there was a period when injuries held him back and frustrated him.

"But he's flourishing now and he can be a huge part of the club's future success.

"There's no doubt that Rodgers is getting the best out of him and that's just what I hoped and expected."

Irvine sees no barrier to the 23-year-old, who signed a three year contract extension in August, going on to become one of the club's greats.

But he believes that may hinge on the Hoops becoming a UEFA Champions League force again and emulating previous feats which saw them defeat the likes of Barcelona and reach the knock out stages of the competition.

"That's going to be the key because the players involved in previous success in Europe are held in high esteem by the fans and Tom will want to make his mark on that competition, as well as in the (domestic) league.

"Tom knows what it can be like playing in front of Celtic fans ... as much as they love you, they can also crucify you.

"But he's a million miles away from that, he's been absolutely superb."

While Rogic rips it up for Celtic, Irvine has been pivotal for newly promoted English Championship club Burton Albion.

And with fellow midfielder Massimo Luongo ruled out through injury, his quest for more game time for his country will have been enhanced going into the clash with Thailand.

"I am just happy to play any part I can," said the six-cap Irvine. "It's tough to stay involved in a squad with so much depth and you never take it for granted."

Despite dropped points in the draws with Saudi Arabia and Japan, Irvine says Australia - sitting second in Group B - are perfectly placed "to push on from here".

"We know that teams are going to sit off us now because they can't live with our passing and movement in the middle of the park," he said.

"We're at the halfway point now (on the road to Russia 2018) and we're in a pretty good position."