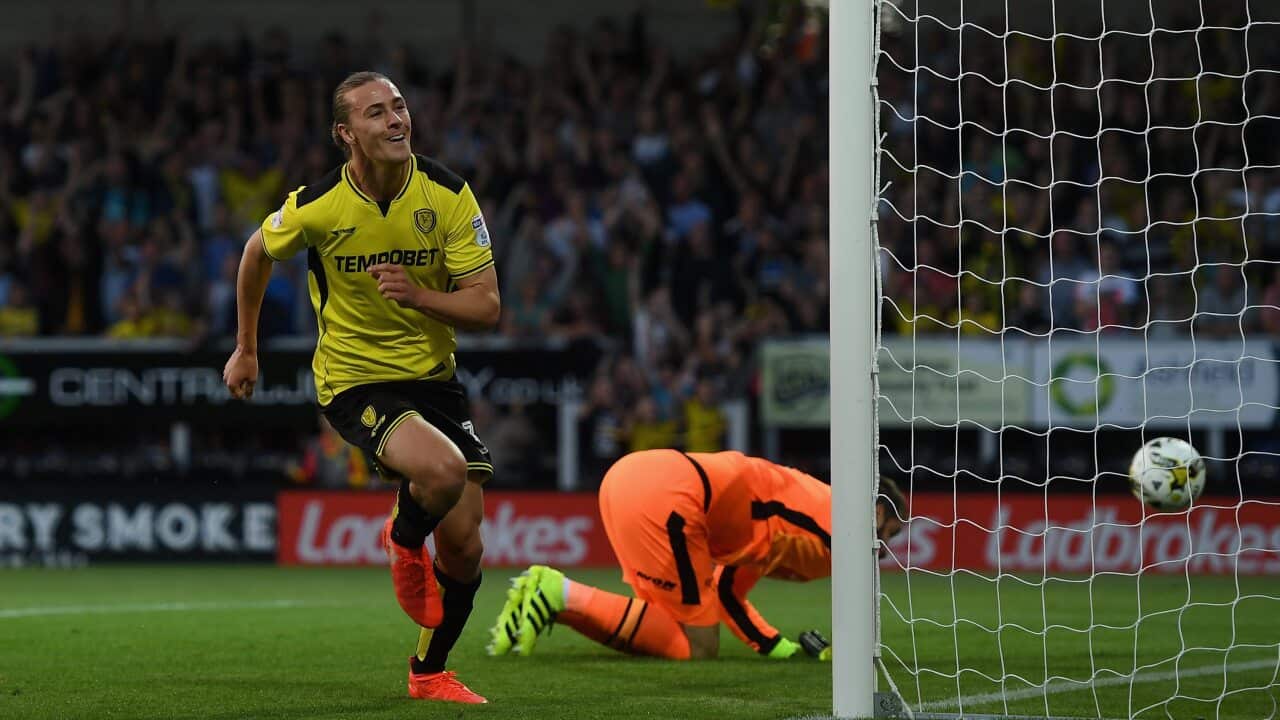 Irvine smartly headed home a Lucas Akins cross to give Burton their second win of the season.

It's Irvine's third goal in as many Championship matches after he scored against Blackburn and Sheffield Wednesday previously.

The Melbourne-born midfielder will now head to Perth where he will meet up with his Socceroos teammates as they prepare to take on Iraq on September 1.

Advertisement
Irvine joined Burton Albion in July this year and has enjoyed a dream start since moving from Ross County, averaging a goal in the Championship every 120 minutes.

Burton, temporarily, move up to sixth on seven points, with most matches of the round still yet to be played. Meanwhile, Derby has dropped down to 17th with only one win in their first five matches.