Is Hamsik the world’s most underrated player?

If points were awarded for loyalty then Marek Hamsik would be near the top of the class. 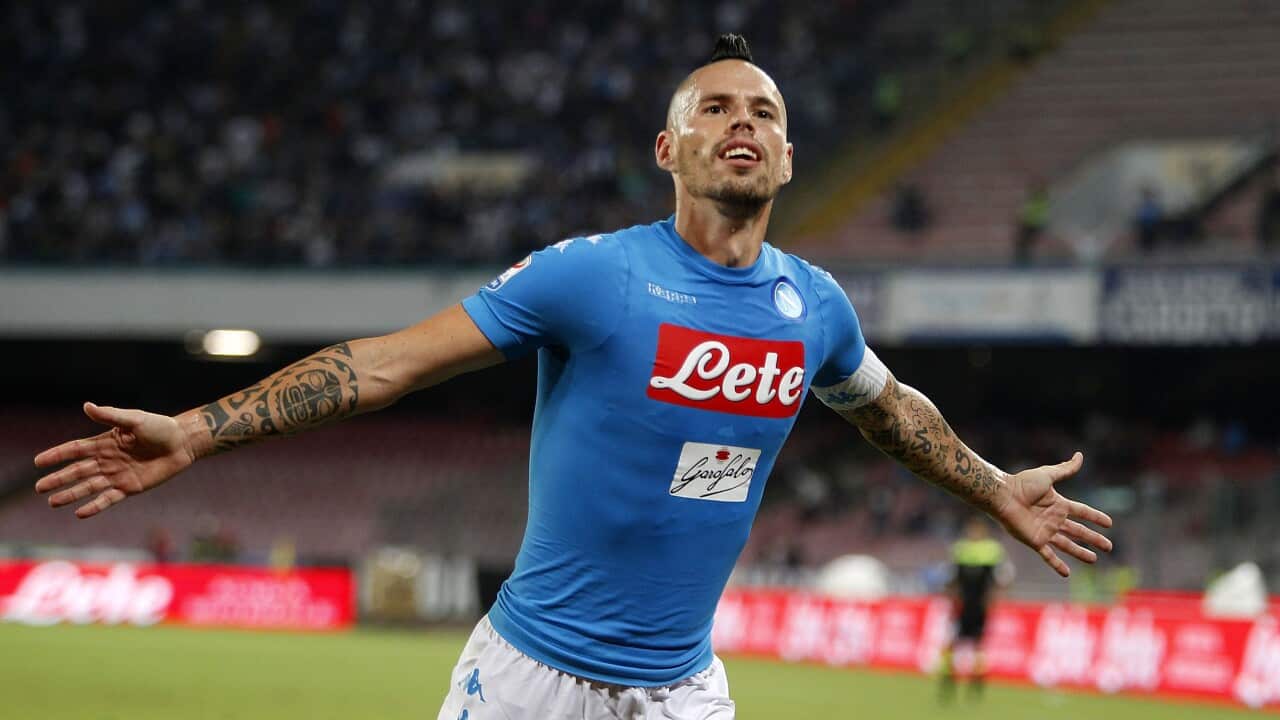 So who is Hamsik? In Australia he could rob a bank without a mask and still not be recognised from the police identikit and that’s despite his eccentric hairstyles.

However, he is a player who deserves a lot more accolades than he receives. Talented, entertaining and loyal, Hamsik is the real deal.

Napoli supporters know Hamsik well and they wouldn’t swap him for anybody and who could blame them.

Advertisement
Every other supporter of a Serie A club knows him too, and they only wish that he played for their team.

In his decade of service at Napoli he has been the backbone of the team and he has remained loyal to the San Paolo stadium-based outfit even when some of the more glamourous clubs came knocking on his door.

A few months ago it was reported that the best of the Premier League were chasing his signature with reports that Manchester City, Chelsea and Arsenal were close to sealing the deal, but in reality Hamsik never seriously considered leaving the city of Naples and breaking his contract.

Loyalty is a two-way street and the Neapolitan faithful have never wavered in their love for Hamsik – love which he has returned in spades.

Diego Armando Maradona may well be the ‘King of Napoli’ but in Hamsik, the club has a prince - and Serie A has arguably the most underrated player in many, many years.

Late last month when he scored against Chievo Verona he reached the 100-goal milestone for the club in all competitions which is no mean feat given that he is generally an attacking midfielder. Maradona scored 81 goals in the Serie A for Napoli.

Hamsik is no rising star – he’s already there - and at 29-years of age he still has a few more quality years left in him and, even if he were to sign for another ‘more glamourous’ club, he has still given a substantial portion of his prime to Napoli.

Gonzalo Higuain took the bait from Juventus which for Napoli supporters was a double blow - losing Higuain was bad enough, but to Juventus was simply unforgivable and some of the more passionate supporters burnt his jersey and tore down his image from billboards.

In 2005, some 14 years after he left under cloud, the great Maradona returned for the first time to visit the San Paolo stadium before a match.

To say that the fans and the city went into a meltdown would be an understatement – the images are there on YouTube for all to see.

It showed what football loyalty means in the city of Naples and that is something Higuain could never quite grasp as his judgement was clouded by the bucket loads of Euros thrown his way from Turin giants.

Hamsik is definitely not Higuain. For starters he has been there a decade and Higuain lasted only three years.

When his contract ends in 2018 he may well leave as, at 31-years of age, it will be his last big pay day but it is doubtful he will ever sign for another Serie A club.

The most likely destination for Hamsik post-Napoli, if he does move on, will be to another league such as the Premier League, which is why those recent off-season stories were so worrying for Napoli supporters who can’t quite fathom their team without him - and him in a jersey other than their blue one.

Hamsik though has been encouraged to move to a bigger club many times before, even by the manager of Slovakia Jan Kozak who, prior to EURO 2016, publicly stated that he should consider moving elsewhere in order to gain more recognition.

But do you need more recognition? Some would argue that the love and affection of Napoli supporters is the highest form of recognition and for proof there’s Exhibit A: the Maradona clips on YouTube.

Hamsik has been an integral part of Slovakia’s national team too and is his country’s most capped player.

When they made their debut on the world stage at a major tournament, the 2010 FIFA World Cup in South Africa, Hamsik was Slovakia’s captain.

The statistics boffins have reams of data supporting the precociously talented Hamsik but one of the more interesting numbers shows that he created more chances than any other player in the Serie A last season.

He not only scores goals but sets them up too and was miles ahead of others as the best goal-creator in the competition.

Since Hamsik arrived at Napoli at the beginning of the 2007-2008 season, when the club won promotion back to Serie A, he has played in over 30 games per season for the club except in 2013-2014 when a foot injury made him miss nine games, so longevity is another title that aptly describes him.

So outside of Napoli, the question therefore must be asked: Is Hamsik Serie A’s and the world’s most underrated player?