If your TV is telling the truth, Cristiano Ronaldo is either preparing for the European Championships in France, or carving up the back streets of a London housing estate. 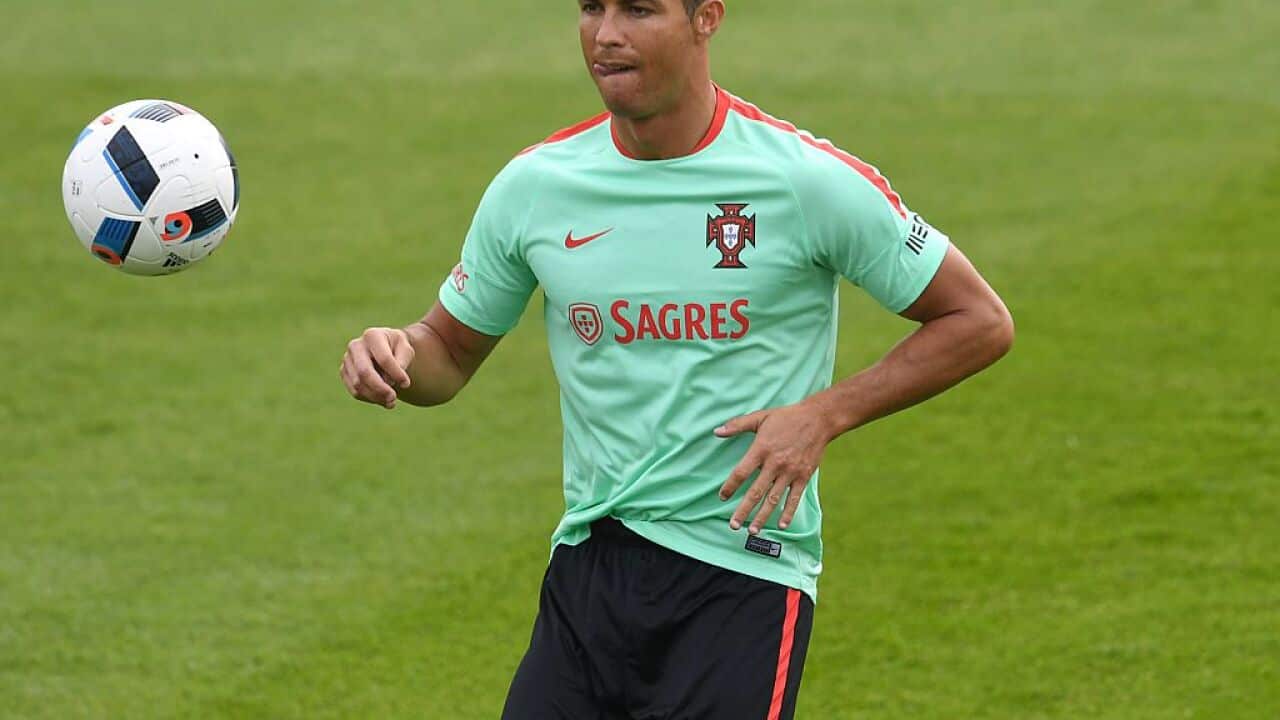 We’ll progress on the basis that he’s doing the former, a 31 year-old superstar whose extraordinary legacy puts him in the top five players of all time.

On Wednesday morning (AEST), he’ll take to the field in the blood red of Portugal for the 127th time, equaling the record number of national caps by his predecessor, Luis Figo. Ronaldo already holds the record for the number of goals scored.

It is a mighty accomplishment that he will hold both records simultaneously. So why the elephant in the room?

Funnily enough, the same tag gets lumped on Lionel Messi. Unbelievable for club, not so much for country.

But we live in an era where silverware is everything, and so long as neither have been able to hoist a senior international trophy, despite both making finals, it’s as though their greatness is somehow up for debate.

I find it ridiculous, yet there we have it. Both get chances to change that fact this month, and I suspect Messi will on the other side of the Atlantic.

Cristiano? This is probably his last go, certainly while being at the peak of his powers. He may be able to do the Zlatan thing and somehow improve into his mid-30‘s, but I doubt it.

He’ll go to the next FIFA World Cup and the next Euros, and possibly even the 2022 World Cup, but he surely won't ever have quite the same contribution that he’s able to have now. Age wearies even the best of them.

His contribution to football is so great that he probably deserves a title. If we’re honest, that moment should have came in 2004, on home soil, when he was just a teenager - but already a champion. How much that would have added to his legend?

Portugal manager Fernando Santos, who coached Greece between 2010 and 2014, has stacked his squad with a huge amount of experience, even if many are now second-choice. There are seven players older than Ronaldo.

Four of them - Ricard Carvahlo, Bruno Alves, Pepe and Eliseu - are defenders, with a combined age of 137. Add goalkeeper Eduardo to make it 170, although Rui Patricio, aged 28, is the starter.

Plus Santos would have probably selected Fábio Coentrão, Danny and the 35 year old Tiago had they not been injured or recovering from injuries.

Such an age profile carries risk, but experience tends to have the edge on youth in major tournaments. And the full rebuild can probably wait until the next stage of World Cup qualifying.

On Portugal’s side is that they’ve landed in the easiest group possible, a far cry from four years ago when they had to overcome an opening loss to Germany before defeating Denmark and the Netherlands.

Ultimately, only penalties stopped them from a final. It was a huge effort, but they’ll be desperate to go again.

If Ronaldo’s petulance is kept in check, unlike in Brazil, when he seemed frustrated by the lack of quality in his teammates, we can’t rule this team out just yet.

Given Iceland, Austria and Hungary are all just proud to be here - none are regular qualifiers for major tournaments - Portugal should be looking at all three games as ideal ways to generate momentum for the knockout stage.

After that, they’ll need some luck. But perhaps these old legs are due for one last run at the trophy.