Italy won't be favourites but you should never write them off

Italy are unlikely to add to their lone European Championship triumph when France 2016 is all said and done but that doesn't mean they don't have the talent or know how to hoist aloft the Henri Delaunay Trophy. 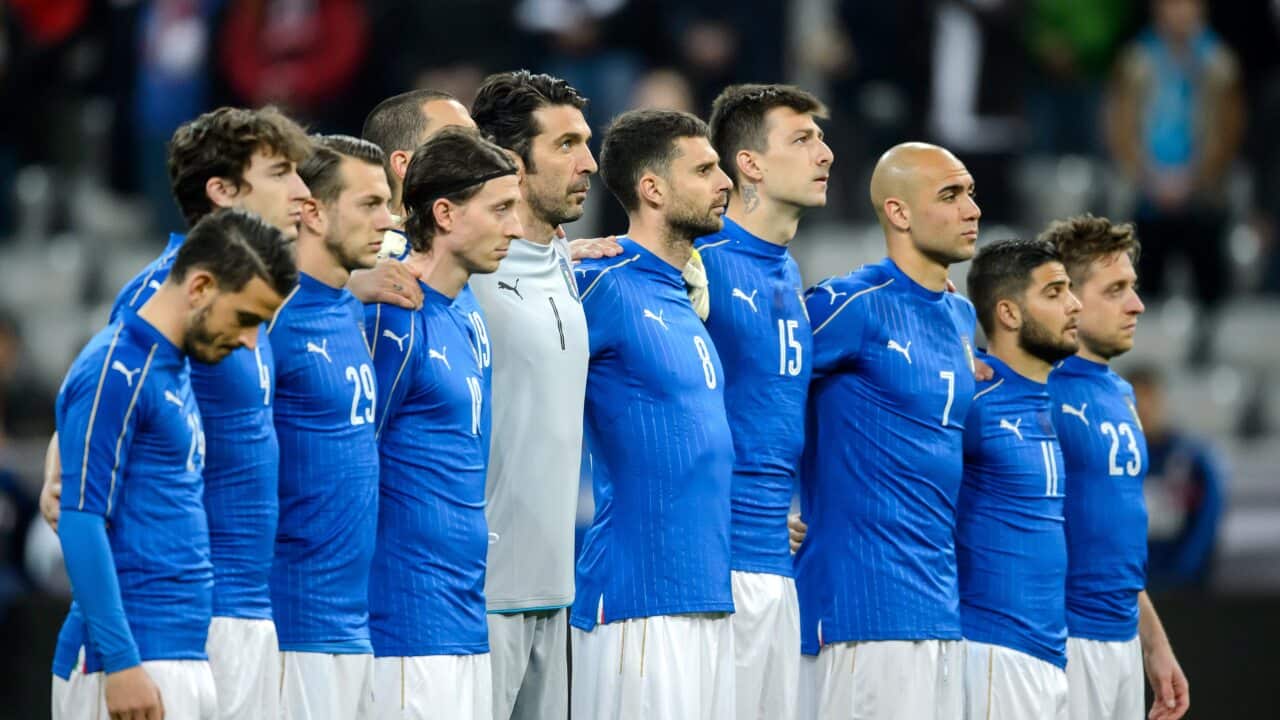 Synonymous with style, grace and above all else talent, they were the players that inspired generations.

So what about today’s Azzurri? Besides the old timers in captain and goalkeeper Gianluigi Buffon and possibly Andrea Pirlo, who are the ‘names’ that will inspire the children of today and force their parents to buy the replica shirts bearing their names?

Advertisement
More pertinently, the question is whether or not today’s Italy are capable of leaving their mark on Euro 2016 in France. The early signs are positive and under the guidance of the soon-to-be Chelsea manager, the combative and much overrated Antonio Conte, the Azzurri will certainly hold their own against the more fancied opponents of Germany, Spain, France, Belgium and England.

Over the Easter weekend Italy played host to Spain in Udine for a 1-1 draw and then went away to Munich to face Germany, losing 4-1.

Conte called 28 players called into camp and there was the usual assortment of veterans and semi-household names, some of which may miss the final cut for France in June through a combination of injury or a lack of form.

The names in Italy’s team may not be as recognisable as they were once were but the talent is definitely there. Some of the more interesting ones to focus on, besides Buffon and Pirlo, are Giaccherini, Insigne, Marchisio, Chiellini, Bonucci, Immobile, Candreva and Verratti.

Emanuele Giaccherini is a midfielder who is worth keeping an eye on. He will be 31 years-old on May and, while he is definitely not new on the scene, his career probably hasn’t reached the heights of others.

Juventus, Sunderland and Bologna fans may recognise the name and those rusted-on fanatics of the Azzurri may remember him from 2013, which was arguably his best year in the national team shirt. With his film-star good looks, he will be noticed on and off the field.

Lorenzo Insigne, who will turn 25 during EURO 2016, is the enigmatic little striker that plays for Napoli. With talent to burn but with a reputation for being inconsistent, there was even a time in recent seasons when he was a regular bench warmer in Naples.

On his day Insigne can be anything and Conte will hoping the European Championships are his moment in the sun. He made his debut for the Azzurri four years ago but is yet to reach double-digit appearances. However, there is a feeling in Italy that Insigne is finally living up to be the player that everyone knew he could be.

Claudio Marchisio needs no introduction. The talented Juventus midfielder with 54 appearances for the Azzurri needs only to remain injury free – something that has eluded him though in recent times – to be an essential fixture in Conte’s midfield.

He is one of Italy’s greatest assets and arguably one of the best ever midfielders for Italy since Marco Tardelli.

Giorgio Chiellini is the most recognisable of Italy’s defenders. Tall with thinning hair, the world noticed him a lot more of him when Luis Suarez impersonated Hannibal Lecter in the last World Cup and took a bite of his shoulder.

Chiellini is up there with Italy’s finest ever defenders but like his Juventus team-mate Marchisio, he needs to remain injury free. Good health has eluded him too in recent times and at 31 this is probably his penultimate major tournament. It would be hard to see him going beyond Russia 2018.

Leonardo Bonucci, too, is a pillar of consistency. He is a defender of the highest quality with more than 50 national team appearances. He is part of the Juventus triumvirate, along with Chiellini and Marchisio, and at 29 he should be near his peak. He will want to make EURO 2016 special and will be integral to Conte’s plans.

Ciro Immobile is a darling at Torino, the club he recently returned to after two years with Borussia Dortmund, but the blonde striker could be Italy’s secret weapon come June.

Immobile is very much like Insigne. They were both born in Naples, or near Naples, are about the same age, have both failed to live up to their early promise and neither has made the striker’s role for the Azzurri their own in the last three years or so.

Antonio Candreva has 36 appearances for the Azzurri in the last six years but often goes under the radar. EURO 2016 could change all that.

The consistent attacking midfielder who hails from Lazio, will be an important cog in Conte’s plans. Like his Serie A club, he is always there or thereabouts but never quite at the top.

However, Candreva is player that should never be underestimated and despite his humility and shy nature, Europe's greatest football stage could really make him a household name outside of Rome.

Marco Verratti is part of Italy’s foreign legion. Based in France with PSG, making EURO 2016 venues more familiar to him than anyone else in Italy’s squad, Verratti has long been touted as Italy’s next big thing. The talented playmaker or midfielder, who has so far by-passed Serie A football in preference for Ligue 1, is often compared to Pirlo.

He has been part of the national team set up since EURO 2012 despite only being 23 years of age but injury has often prevented this prodigiously talented player making more appearances for the Azzurri. Verratti is the real McCoy and injury-permitting he will show fans in Italy what they are missing out on in their domestic league.

The verdict. Will Italy win EURO 2016? Most unlikely but they will go deep in the tournament and should not be underestimated.