Australia have become an after-thought for a pre-occupied and nonchalant French media, with the temptation to believe Les Bleus might follow suit in Saturday’s World Cup opener between the super power and the minnow. 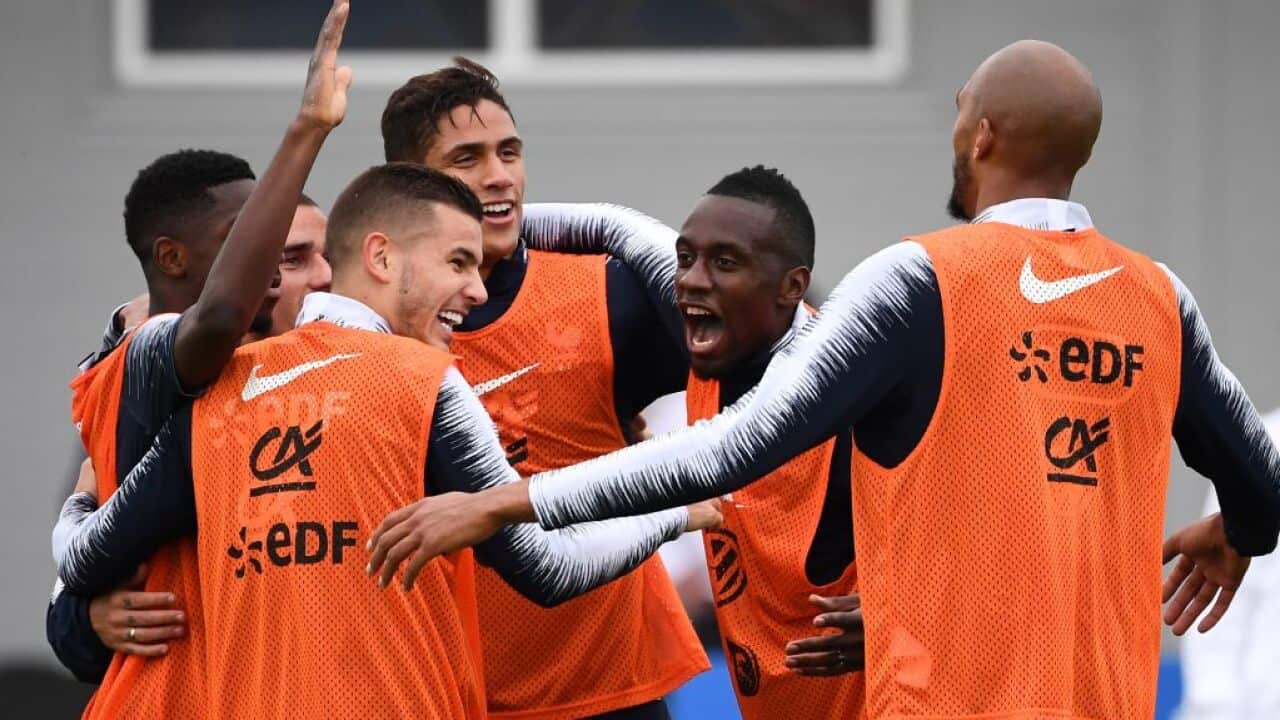 France's players celebrate at the end of a training session Source: AFP

Almost every question fired off at Socceroos media tete-a-tetes over the past two days have probed players on how they will tackle the gargantuan task of nullifying the Gallic Goliaths.

But the fascination isn’t mutual, with the Socceroos barely rating a passing mention when star striker Antoine Griezmann and midfielder Steven N’Zonzi fronted the French media.

During a 30-minute grilling of the duo, just one question centered on what might lie ahead against Australia, and even that solitary enquiry from a lone voice brought a suitably bland answer.

Advertisement
From a green and gold perspective, it will be hoped that Didier Deschamps’ men are equally disinterested, and will merely go through the motions in Kazan.

The French press are pre-occupied over whether or not Griezmann will re-commit to Atletico Madrid or decamp to Barcelona, and he wasn’t giving much away.

The other hot topic which won’t go away is whether an under-fire and under-achieving Paul Pogba should be persevered with.

The matter has become a national debate - and again reared it’s head as Griezmann and Sevilla’s N’Zonzi were interrogated.

When Australia did finally filter into the conversation, in the form of whether or not they would be lambs to the slaughter, N’Zonzi played a straight bat.

“These days there are no small teams and we cannot say that one opponent is easier than another,” he said.

“We’ve been watching some videos of them in action but for the moment all our focus is on how we will play.”

Antonin Deslandes, of France Football, said the preoccupation with Pogba and other internal issues, like whether Griezmann should play centrally or on the left of a front three, were of more interest to the French than devoting time to the merits - or otherwise - of a satellite football nation like Australia.

“It’s a about how we will play and nothing is talked about how Australia will play,” he said.

“Its also all about the internal ructions within our squad, that’s where all the focus is.

“I feel French journalists certainly may under-estimate Australia, and perhaps the team will also.

“Maybe there are some distractions around the squad at the moment.

“I am sure Australia will come more into focus more in the next few days.”

The over-riding interest in the room all about Griezmann’s club future - and though he’s expected to stay with Atletico - he wasn’t giving much away.

While earlier hinting he would reveal all prior to the news conference, the suspense still lingers.

“I’m sorry for the wait, but today is not the day. The decision is complicated, I am calm,” he said.

"I'm very calm, I'm focused on the World Cup, which is the most important thing now. The decision will be made at the right time."