It's time to switch emphasis to attack, says Mooy

He’s been dubbed the Aussie Iniesta, and Aaron Mooy may need to channel the Spanish great if the Socceroos are to conjure a result against Denmark to keep their FIFA World Cup hopes afloat. 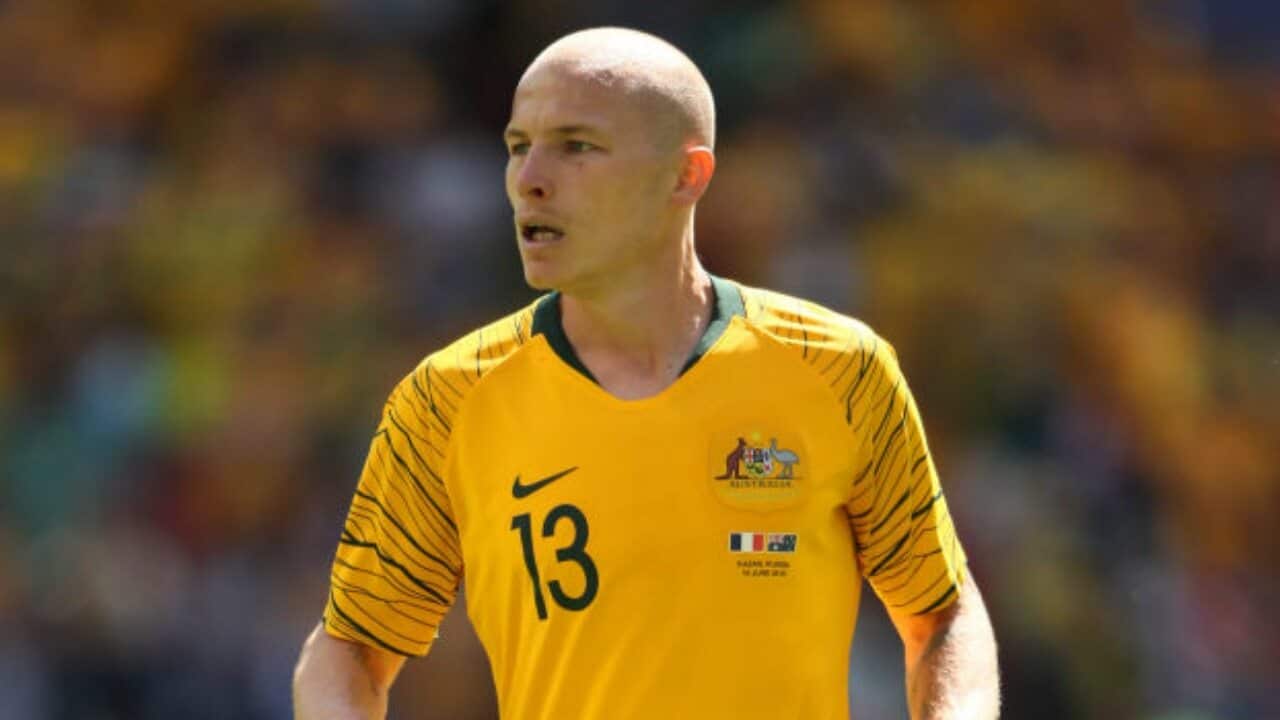 Aaron Mooy in action for the Socceroos Source: Getty Images

The Huddersfield Town midfielder combined with Mile Jedinak to stifle France’s attacking flow as they went down 2-1 in their Group C opener in Kazan.

Now Mooy acknowledges he, and his teammates, will need to shed the cloak of caution and slip into attacking mode in Samara on Thursday.

It’s not quite a win or bust scenario, but it’s not far off for Bert van Marwijk’s men.

Advertisement
“We need a result in the next match,” Mooy said.

“We’ve been looking at what we need to do tactically, and we will have to be at our best to get a result. We need a win.

“The game plan worked well but now we need to attack a bit more because we need three points. Hopefully we’ll create chances.”

Mooy will be pivotal to that, with the likes of Robbie Kruse, Mathew Leckie, Tom Rogic, and most likely Andrew Nabbout, looking to feed off his passes.

Against France, it was all about retaining possession and the temptation for Mooy was to play sideways as much as forward.

Against the Danes, the Socceroos will need him to unfurl the full repertoire of his passing range to break the Danish lines.

Having faced Christian Eriksen, the orchestrator who sets the rhythm for Denmark, at club level in the Premier League, Mooy knows his influence must be curtailed.

“He’s an excellent player who’s had a great season (for Tottenham) and is probably Denmark’s most dangerous player,” he said.

“We’ll have to keep a close eye on him and try and stop the supply going into him (as Peru managed despite their 1-0 loss to the Danes).

“We’ll have to do that all together effectively as a team.”

He describes his year of living famously in the EPL with David Wagner’s shock troops as “pretty crazy”, and in one match has already enhanced his reputation here in Russia.

“We had a great performance against France but the result wasn’t what we wanted,” he added.

“What we have to do is build on that, and take it into the Denmark match.”

Asked if he saw the tournament as a stepping stone in his club career, Mooy added: “This is my first World Cup and it might be my last.

“I just want to enjoy it and try my best. I’m very happy at Huddersfield, it’s a good club for me and I’m proud to be there.”