'I've already got a medal - I want a title', Rojas declares 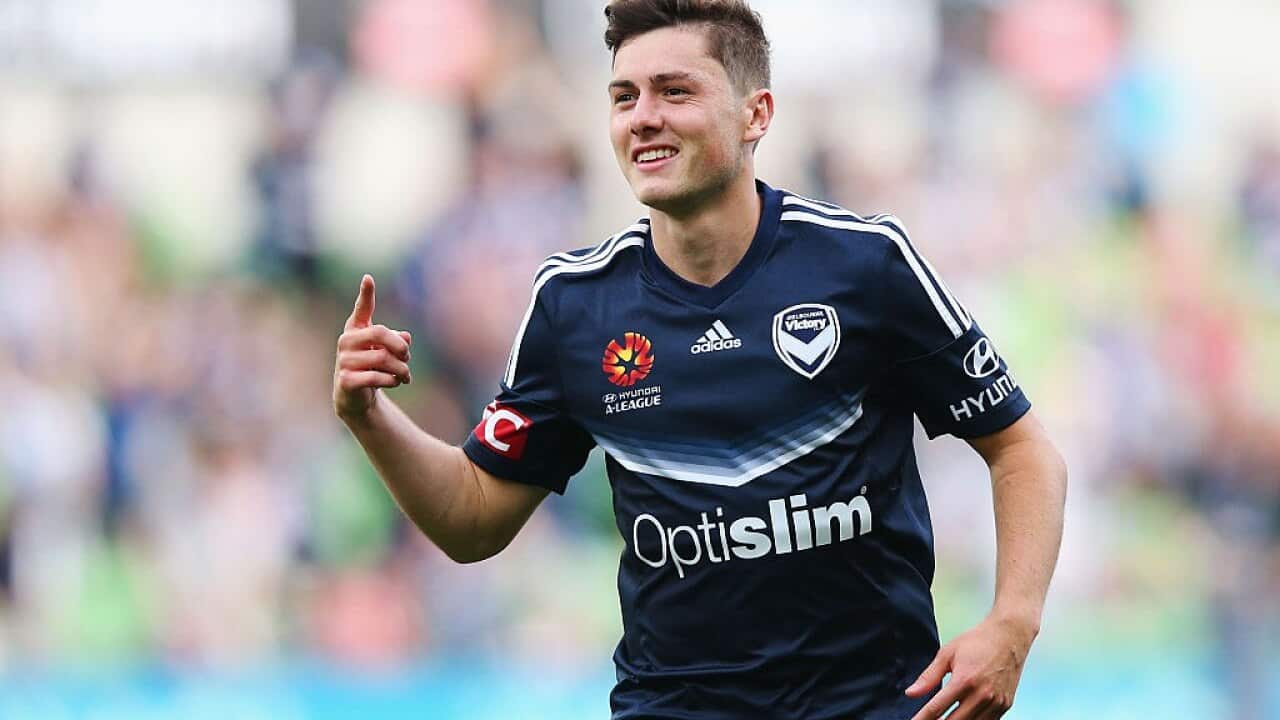 The 25-year-old winger told The World Game he was driven, like never before, by the desire to help theVictory win the title because he had never shared a team honour in his senior career.

"I haven't actually won anything in my professional career team-wise, and I'll be working as hard as I can to make that a possibility," Rojas said.

"Football's a team game. The individual awards and accolades are always humbling and it's nice to be recognised, but I don't think about them too much.

Advertisement
"There's a lot of competition for the Johnny Warren Medal. There are a few good players - obviously Nicolas Martinez, Diego Castro, Milos Ninkovic, who's been flying for Sydney.

Rojas was talking about season 2012-13, when the Victory finished third in the regular season and then beat Perth Glory in an elimination final before going down to eventual champions Central Coast Mariners in a semi-final.

The then 21-year-old won both the NAB Young Footballer of the Year award and the Johnny Warren Medal as best player in the competition that season, before heading to Europe.

But injury ruined his chances German club VfB Stuttgart and he eventually ended up at FC Thon in Switzerland, before returning to the Victory this season.

Kevin Muscat's men will head into the finals in second place regardless of the result of their game against the Mariners at AAMI Park on Friday night.

How to watch the LIVE football on SBS this week

While they haven't won in their last three games (two losses and a draw), Rojas is adamant their confidence hasn't been affected.

"We know from earlier on in the season that we can play well against any team and that we're dangerous when we're on our game," he said.

"When it comes to finals it's a different ball game and I think we'll be fine."

Runaway leaders Sydney FC beat the Victory in all three regular-season games, but Rojas said that wouldn't mean much going into the finals.

The only game in which Sydney and the Victory could meet is the grand final.

"It's not like if we were to play them we would be nervous or worried going into the game," he said.

"They've been very good this season and they deserve to be where they are and they've got very good players, but in a one-off game I'm confident we'd be alright.

"I'm not really worried about having to come up against them, if that's how it works out, but we've got to get there first.

"I don't want to get too far ahead of myself. First, the game against Central Coast, and then prepare for the semi-finals.

"There's still a long way to go, still a lot of football to be played."