Jakobsen refutes claims and says no understanding reached with Groenewegen

Fabio Jakobsen (Deceuninck-QuickStep) has refuted some of the claims surrounding a meeting between himself and Dylan Groenewegen (Jumbo-Visma) around a crash at the Tour of Poland that saw Jakobsen hospitalised and placed in an induced coma and Groenewegen banned for nine months. 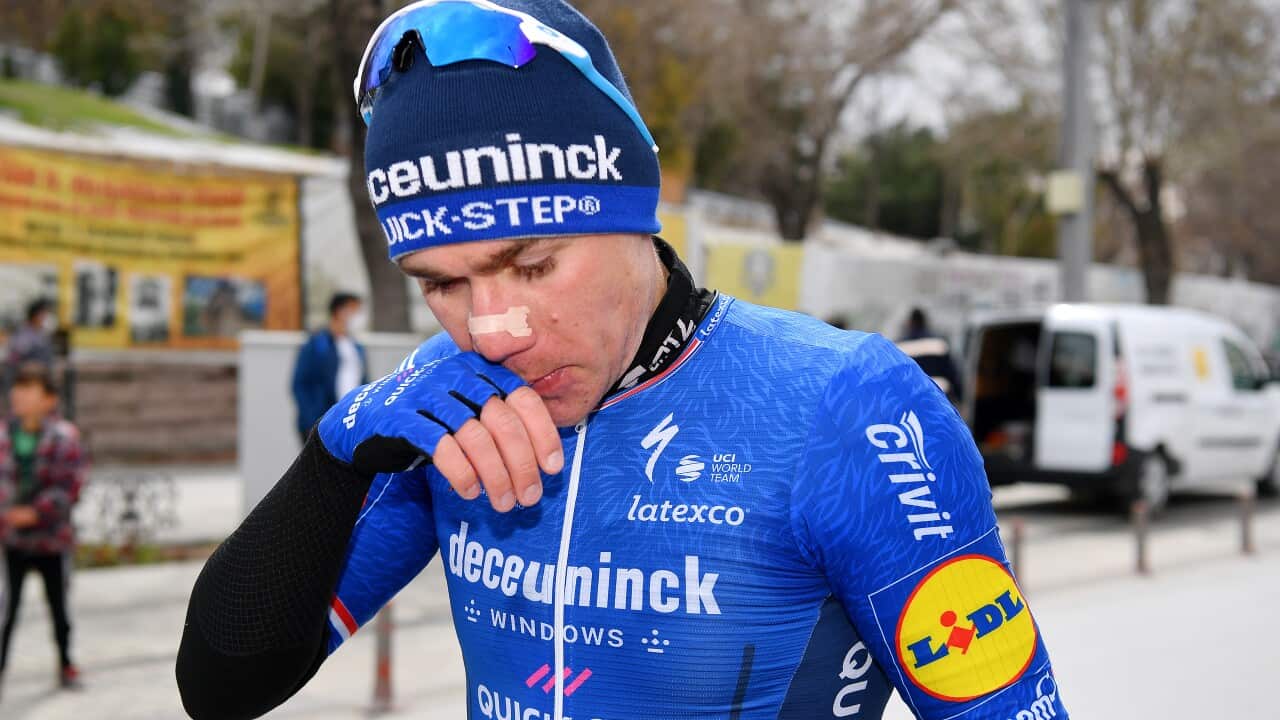 An interview with journalists ahead of the Giro d'Italia by Dylan Groenewegen dealt with a number of topics, including his return to the sport, current form, death threats received after the incident, and the fallout from what had been a major incident during the 2020 season. The Dutch sprinter spoke of a meeting between himself and Jakobsen, describing the meeting in these terms.

"We sat opposite each other in a small room in Amsterdam," said Groenewegen. "We both got to unburden our hearts a bit. It was a nice conversation, but I prefer to keep the content to myself."

"The first contact was with his father. I had sent a message to Fabio's father out of interest and received a friendly reply. I thought that was very decent."

Jakobsen responded to the quotes in a thread of posts on Twitter that painted that meeting in a different light, more in regards to a potential legal case than one of emotional understanding.

"I was surprised to read the comments made by Dylan Groenewegen with regard to our recent meeting. The meeting was arranged to try to reach a common understanding relating to the accident in Poland last August," Jakobsen wrote.

"The content of this meeting was supposed to stay confidential, between the two of us and our legal teams. I am disappointed that Dylan has talked about our meeting publicly. I will not do so.

"I would like to set the record straight, though: Dylan has not offered a personal apology and he has not shown willingness to take any responsibility for his actions. I still would like to reach an understanding with Dylan, but it takes two to tango.

"Further proceedings are now being taken care of by my legal team and for that reason I will not be able to make any further comment."

Groenewegen authored a public apology on Twitter just after the incident, saying “I hate what happened yesterday. I can't find the words to describe how sorry I am for Fabio and others who have been crashed or hit. At the moment, the health of Fabio is the most important thing. I think about him constantly.”

With Groenewegen set to participate in the Giro d'Italia with the race starting on Saturday, it's likely that the issue will continue to follow the Dutch sprinter as he competes in Italy.

You can watch the 2021 edition of the Giro d'Italia on SBS VICELAND and SBS On Demand from May 8-30, with Matt Keenan leading a commentary team that also features Robbie McEwen, Bridie O'Donnell and David McKenzie.