It was an unforgettable day for Leicester City forward Jamie Vardy. Not only did his team move to the top of the Barclay's Premier League but he matched Ruud van Nistelrooy's record of scoring in 10 successive EPL games. 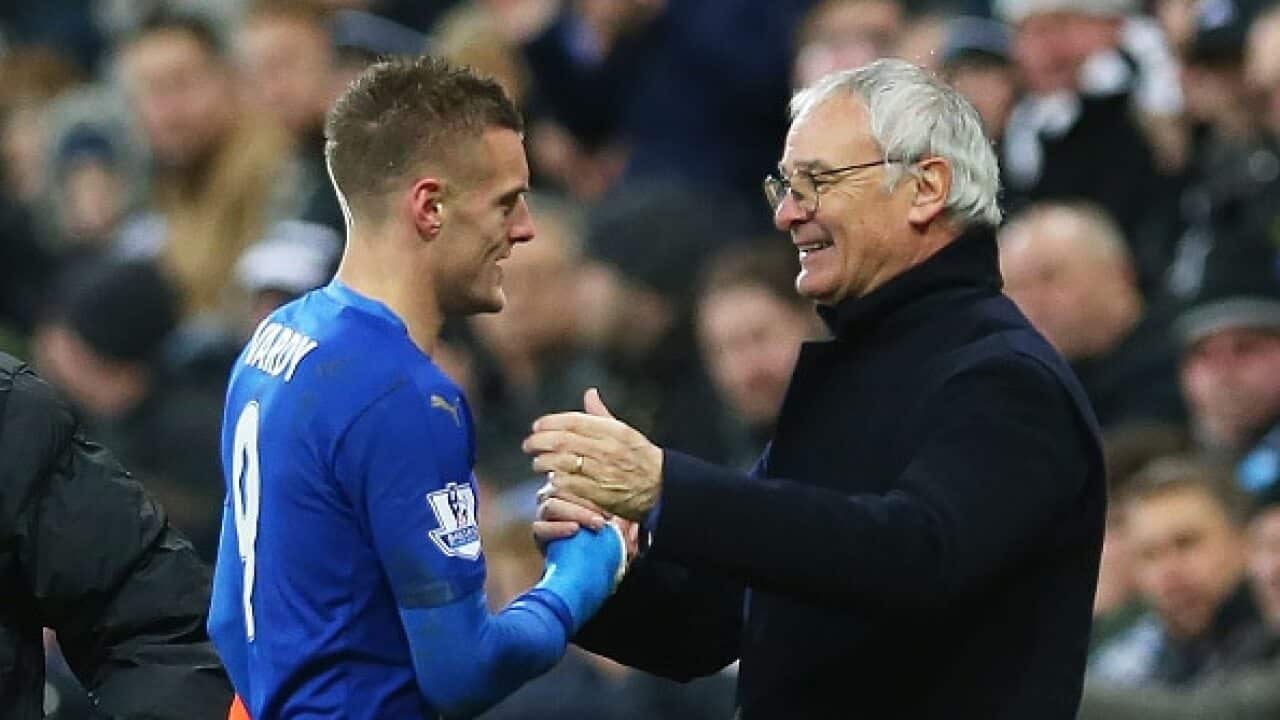 So, how did the 28 year-old forward celebrate? With a short speech dedicating his goals to the hard work of his team mates and a cheeky mention of 'getting the beers in' to maanger Claudio Ranieri.

Advertisement
Vardy latched on to a Leonardo Ulloa pass, cut inside Moussa Sissoko and steered home a low shot as he netted the opener in Leicester's 3-0 victory over Newcastle United.

This time last season Leicester City were bottom of the Premier League and it's clear the Foxes are benefiting hugely from their top goalscorer.

Natrually his 'gaffer', Ranieri, is full of of praise: