It was a good morning for Australia's Scott Jamieson and Alex Gersbach as both impressed in their Europa League debuts. 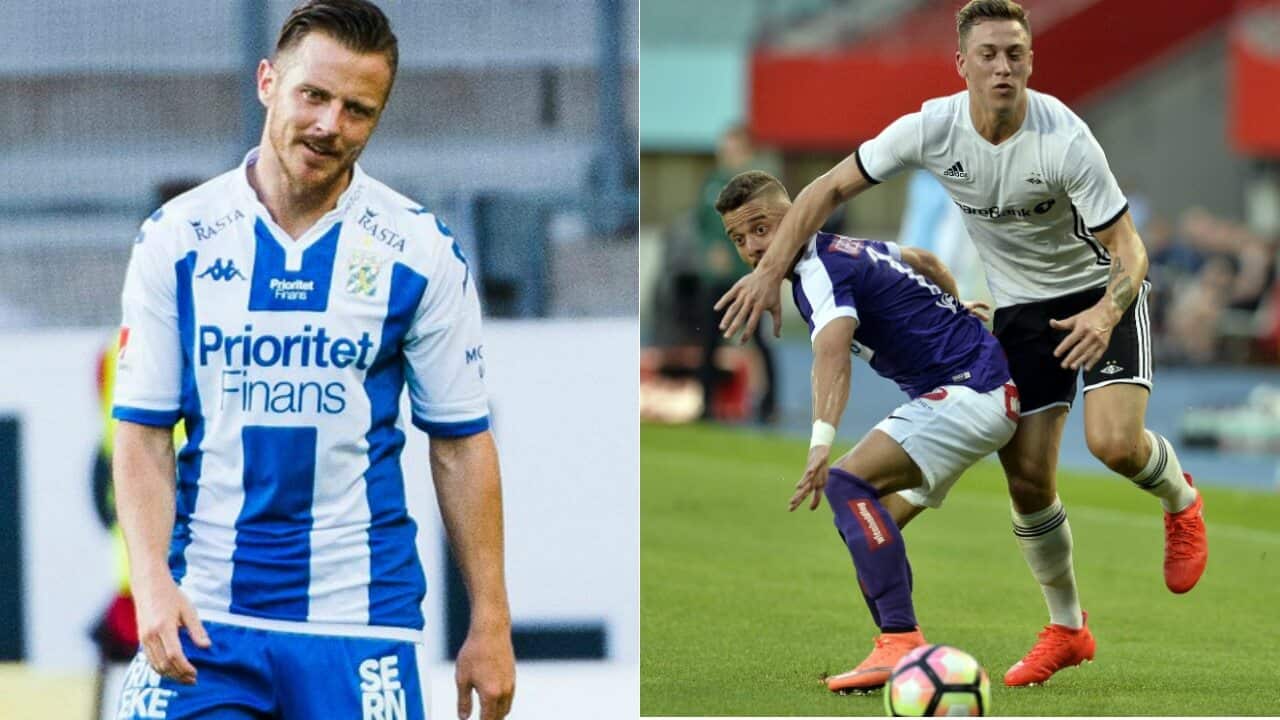 Jamieson joined Swedish club IFK Gothenburg only a week ago, but was still able to complete 90 minutes - as well as help keep a clean sheet - against Azerbaijani side Qarabag FK.

IFK will now have to defend a 1-0 lead when they travel to Azerbaijan for the second leg next week, after midfielder Mads Albaek scored the only goal of the game.

Advertisement
Jamieson said after the match how excited he was to make his debut, and compared the IFK fans to the fans of his former club Western Sydney Wanderers

IFK fans welcomed their side with numerous flares prior to the match.

Meanwhile, in Vienna, Alex Gersbach made his Europa League debut for Norwegian side Rosenborg away to Austria Wien.

The former Sydney FC defender impressed many as he played at left-back in a 2-1 defeat.

"It's easy to forget that the 19th birthday of Gersbach was just a few months ago. Must be one of the most interesting left-back prospects in Europe," said one Rosenborg fan on Twitter.

Rosenborg will take confidence from a late away goal scored by Tore Reginiussen, meaning a 1-0 win at home will be enough to see them through to the group stages.