Australia defender Milos Degenek has made an instant impression with J-League club Yokohama F. Marinos - but he still has unfinished business in Europe. 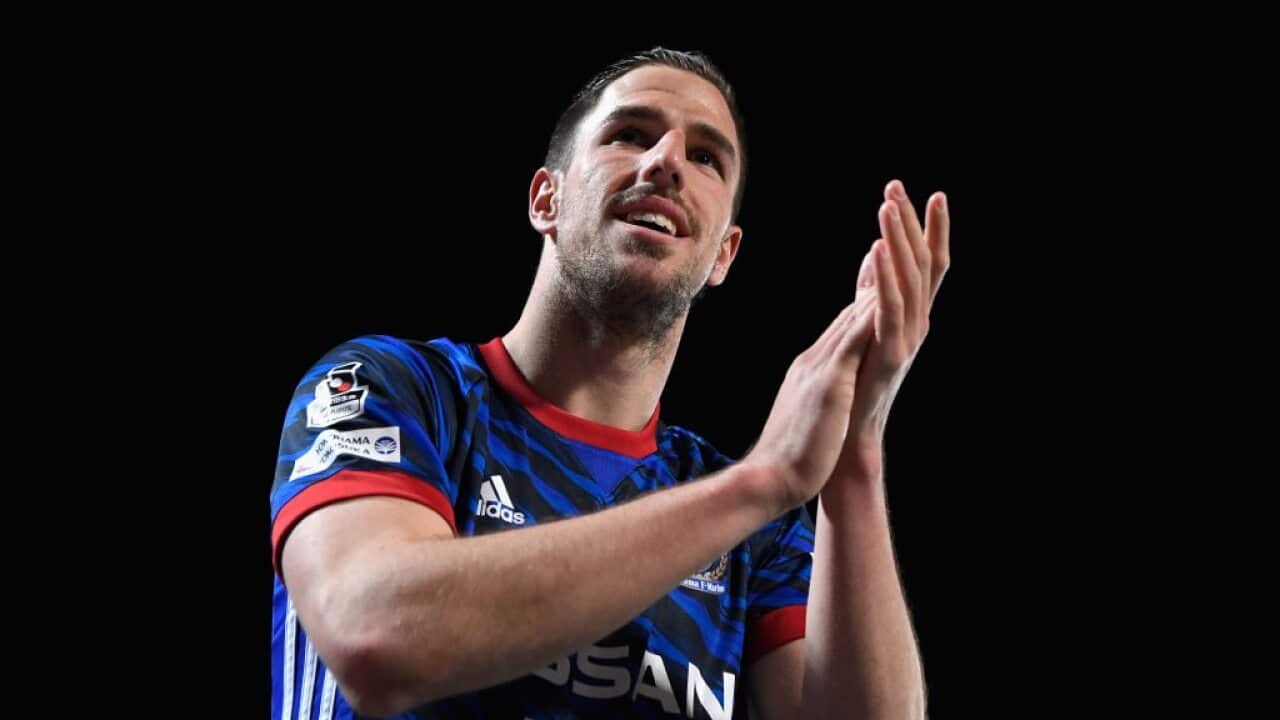 Released by second tier German side 1860 Munich in January, the 22-year-old hasn't given up on breaking into one of Europe's leading competitions.

But, for now, the gifted utility is intent on getting game time in what he describes as Asia's premier competition, to retain pole position in the unfolding drama of securing the Socceroos right-back role.

Five-cap Degenek, who is just three games into his Japanese adventure as a centre-back, appears to have inside running over rivals like Rhys Williams, Ryan McGowan and Rhyan Grant for his country.

Advertisement
But he is keenly aware that under Ange Postecoglou's inscrutable reign, no players are afforded guarantees.

"I have settled in well... it's enjoyable, the team is good, the country is good and the set-up here is excellent," he said of his new life in Japan.

"The football is a different style to Germany... it's fast, attacking and more about risk taking.

"For me, it's a good level to continue to develop and grow my football knowledge.

"Of course though, the dream is to go back to Europe when possible," added Degenek, who has a two-year contract.

"For the moment, though, I very happy to be here and we will see how things develop and what the long-term future holds."

Degenek had drifted out of contention at 1860 Munich, and jetted to Japan to keep himself in the green and gold calculations ahead of this month's crucial World Cup qualifiers against Iraq and UAE and June's Confederations Cup.

"It's a vital time for the national team," he added.

"And of course I want to be a part of that. The point for me is to be playing every week so I am available to the boss (Postecoglou), if he wants to select me."

Degenek, who is new to right-back duties, is embracing the position for Australia.

"I am certainly not afraid of the role and I am just happy to play wherever the boss sees me," he added.

"I've played that position a few times now for Australia and I am happy to do that."

Degenek is quietly confident Australia will turn their final four qualifiers - three of which are at home - into a charge back to the summit of a group they have slipped to third in behind Japan and leaders Saudi Arabia.

"It's still in our hands, and with the ability we have in the squad we should be fine," he added.

"I believe in the team, the staff and the nation to get behind us to show their love for the game, and the team, when it comes to our home games."

With two wins from three, Degenek's new club are chasing a top-six finish in a competition awash with bigger name teams.

"The fan base is big and we are always aiming high but with teams like Gamba Osaka, Uwara Red Diamonds, Kashima Antlers, Kawasaki Frontale and FC Tokyo, it's never going to be easy."