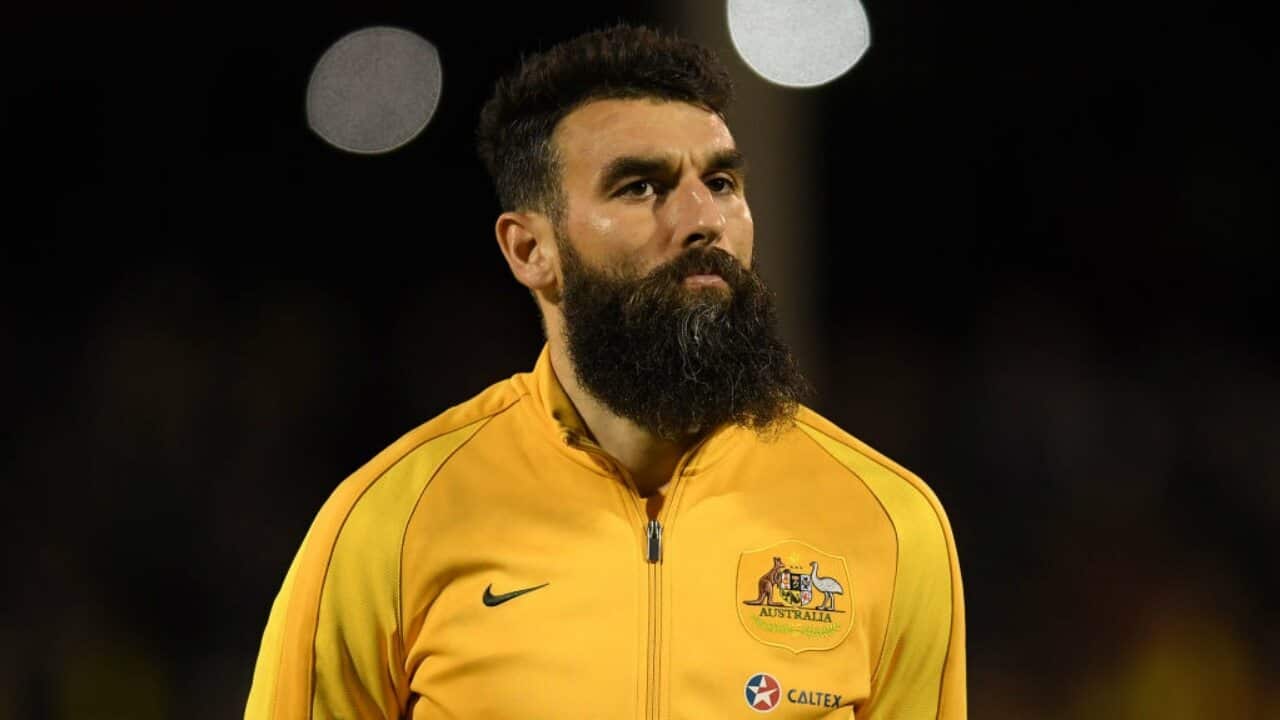 Having only arrived in camp earlier in the week, the 33-year-old Aston Villa midfield general is likely to start from the bench in St Polten after the rigors of last weekend’s heartbreak Championship play-off final loss to Fulham.

With Jedinak in cotton wool, van Marwijk appears poised to hand the No.6 and No.8 spots to Huddersfield’s Aaron Mooy and Queens Park Rangers’ Massimo Luongo, with Celtic’s recently re-signed Tom Rogic the most advanced of a midfield triumvirate.

The wingers will be the German-based duo of Mathew Leckie and Robbie Kruse, with van Marwijk to deploy attacking weapon Andrew Nabbout as his lone striker, as first choice fulcrum Tommy Juric gets up to speed after recovering from a knee injury.

Advertisement
It’s a blow to emergency call-up Jamie Maclaren, who scored twice during an in-house game on Wednesday, but finds himself on the bench, alongside Juric and Tim Cahill.

Indications are that Mark Milligan, a midfielder under Ange Postecoglou’s reign, will most likely partner Trent Sainsbury at the heart of the defence, with Matt Jurman and Milos Degenek missing out.

Josh Risdon is favourite to win the right-back spot ahead of Croatian-born call-up Fran Karacic and Sydney FC’s Josh Brillante.

And in the tussle for the left-back spot, in-form Aziz Behich wins out over Millwall’s James Meredith.

Van Marwijk, having vowed going into the match to shun experimentation, looks to have stayed true to his word, with no starting place for excitement machine Daniel Arzani, though the Melbourne City youngster could get some minutes off the bench.

Van Marwijk cuts four from his 27-man train-on squad to a final 23 for the World Cup on Sunday, with their final preparation game against Hungary in Budapest on June 10.