Jedinak the rock on which Socceroos' success is built

ANALYSIS: Midfielder Mile Jedinak is emerging as one of the most influential Socceroos captains of all time after yet another momentous performance for the green and gold. 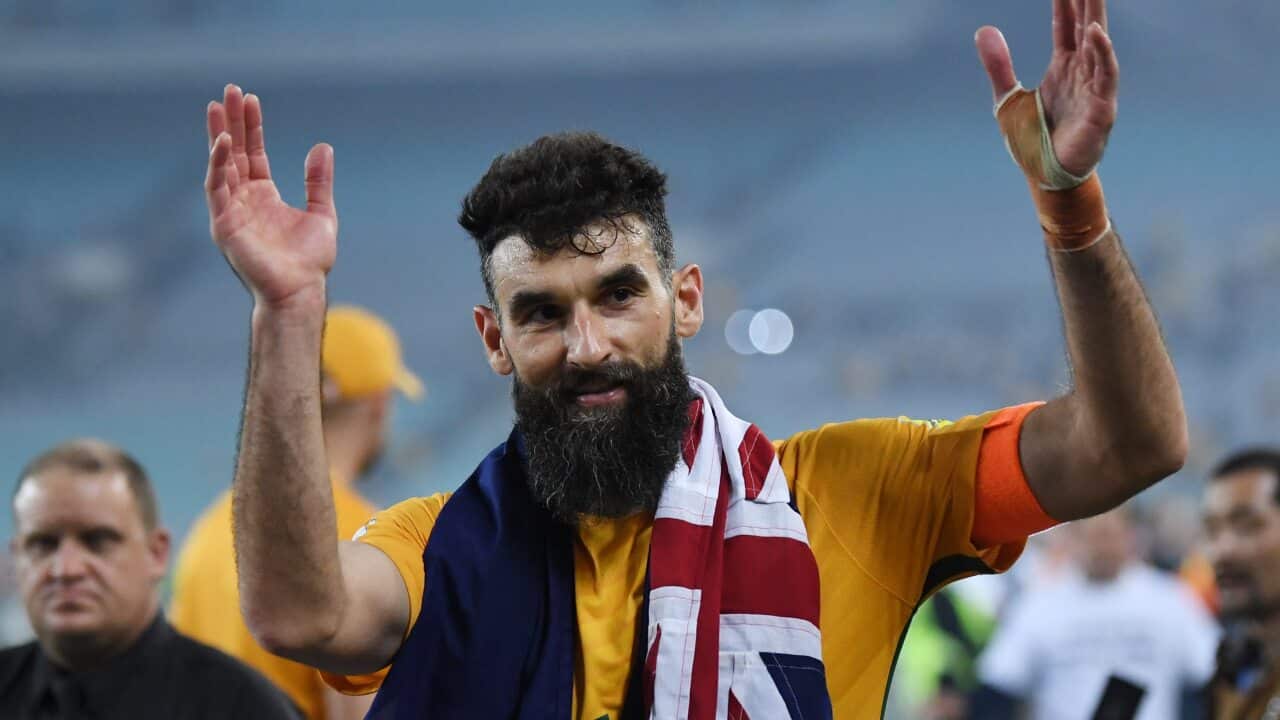 Tim Cahill's goalscoring exploits for his country have become the stuff of legend but there is no doubt that Jedinak is the rock on which the Socceroos' modern game is built.

The Aston Villa man scored the first hat-trick of his professional career to help Australia beat Honduras 3-1 and book their place in the 2018 FIFA World Cup.

But it was his commanding performance as a 'sweeper' in front of the Socceroos' back three that warmed the hearts of a boisterous 77,000 crowd that cheered the national team all the way.

Advertisement
Jedinak has played little football this season due to a groin injury that ruled him out of June's FIFA Confederations Cup and the Socceroos' World Cup qualifiers against Japan and Thailand.

He also missed the two play-off games against Syria and he was thrown into the deep end in the first leg of the intercontinental play-off against Honduras in San Pedro Sula yet backed up magnificently in the return to confirm once and for all his value to the team.

Jedinak has a few critics - his passing sometimes can be erratic - but his physicality, leadership skills, peripheral vision and overall game are essential to the Socceroos side.

In the return leg he hardly lost an aerial duel, he was resolute in his tackling and he initiated most of the team's attacks with positive distribution from the back.

Coach Ange Postecoglou, who is the first Australian to lead the Socceroos to the World Cup, could not speak highly enough of his captain after the match.

"When we started our journey from zero four years ago it was important that the experienced players that did stay on like Mile not only had to be good players but good characters who had to buy into what I was trying to do," Postecoglou explained.

"From day one Mile has been an outstanding leader on and off the park."

Jedinak was understandably elated to have come through a tough home-and-away play-off unscathed and in so doing help the team book the ticket to Russia thanks to a deflected free kick and two penalties.

He also said he never had any doubts that the playing style imposed by Postecoglou would be rewarded with Australia's fourth straight qualification for the World Cup.

"We set ourselves a task two years ago to make the World Cup and we finally made it even though we were one of the last teams to qualify but we did it our way," he said.

"We were always confident. Obviously results get scrutinised, that's the way it is. But we stuck to our guns because we all had the belief and we carried it out throughout the whole campaign.

"Ange has been fantastic for us. He always backed us in every situation and that's not always easy when you have World Cup spots at stake."

The Socceroos certainly qualified the hard way. They started their qualifying campaign in Bishkek, Kyrgyzstan, on June 16 of 2015 and it took them 22 matches all up to book their ticket to next year's finals.

It was not the most fluent display against a poor Honduras team that would struggle to beat any of Asia's top six teams.

After a rather tentative first half in which passes went astray far too often and movement off he ball was slow the Socceroos pushed more men forward and played with more vigour and urgency.

This is when Tom Rogic, after a quiet first half, came into the picture with a few numbers of high class that drew gasps of approval from the crowd.

The Hondurans could not cope with the Socceroos' pace and superior condition - the luxury chartered flight must have helped - and it was only a matter of time before their fort crumbled.

The Australians however were rather fortunate to score their first two goals: the first was a heavily deflected free kick that deceived goalkeeper Donis Escober and the second came when Maynor Figueroa was harshly pulled up for hand ball.

The third penalty was unequivocal because substitute Robbie Kruse had broken through the last line of defence when he was blatantly brought down by Jerry Palacios.

Postecoglou's men were home and hosed and could even afford the luxury of going to sleep in the last few moments of the game and allowing Alberth Elis to snatch a consolation goal for the visitors.

The Australians were much the better team over the two legs and thoroughly deserved their overall victory.

The Socceroos will find out their World Cup opponents when the final draw takes place in Moscow on December 2 (AEDT).