Adelaide United midfielder Jimmy Jeggo said he welcomed the glare of the spotlight on the team this season because if nobody was talking about them it would mean they weren't relevant. 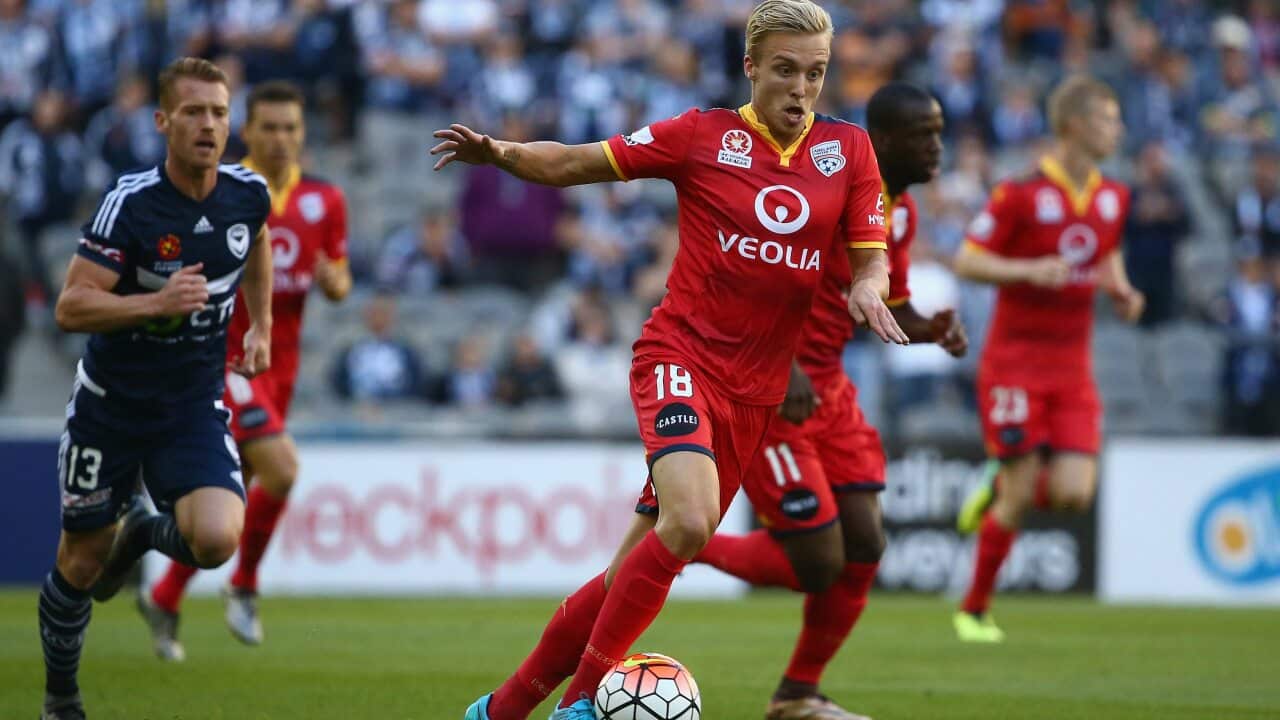 Adelaide went the first eight rounds of the A-League season without a win, drawing three games and losing five, and were the subjects of widespread media and public analysis of their performances.

There were even calls for new coach Guillermo Amor to go, but Adelaide finally broke their winless run with a 1-0 defeat of Perth Glory in round nine and have backed that up with a 2-1 win over Sydney FC, and a 0-0 draw with Newcastle Jets.

Although there is still plenty of room for improvement, Adelaide are finally heading in the right direction.

Advertisement
The Reds had experienced a competitive revival in the previous two seasons under former coach Josep Gombau and as a previous A-League grand finalist and AFC Asian Champions League finalist there was never any doubting the club's high profile.

Jeggo said Adelaide always still had the tools to do well this season, so it was only natural that when the wins weren't coming early in the season it provoked comment.

"I think you would always rather have people talking about you than not," Jeggo said.

"It means you're considered good enough to be in the discussion.

"You're not always going to agree with the analysis and the opinions people have, but it's part of the game and you understand that.

"But, as I said, you always want people talking about you rather than not. It's a good thing."

Jeggo said there was always pressure to perform regardless of where you were on the competition table and that Adelaide did not feel weighed down by extra pressure to get results after their slow start.

"So whatever position you're in, there's always pressure.

"But we've also put pressure on ourselves because we think we're much more capable than where we are on the table, so we want to get back towards the top half of the table.

"Pressure to perform is something you should always be able to handle."

Saturday's game against Wellington Phoenix at Coopers Stadium gives Adelaide an excellent opportunity to start making a run at the top six.

Wellington entered this round in sixth place, on 15 points, and Adelaide, who sit in ninth on 10 points, can pull to just two points behind them with a win.

"Beating Perth and getting the monkey off the back was massive and then beating Sydney the next week set us on our way," Jeggo said.

"We were disappointed to only draw with Newcastle. I thought we were good enough to take three points in that game, but it's still three games unbeaten and this game against Wellington is going to be massive for us.

"We need to keep pushing up the table and getting points to make up for the start to the season that we had. We're looking forward to the opportunity."

Adelaide have already played Phoenix once this season, losing 4-2 in Wellington in round six.

Phoenix can be up and down, but that result is bound to have Adelaide ready to combat their best form if the visitors can produce it.

"That was one of those days when they were on fire," he said.

"But for us it's more about what we do and making sure we put in the performance and especially being at home, we need to take the initiative and take the game to them.

"Our performances have been much better in the last few weeks and we need to follow that up. I think it's a case of continuing to do what we've been doing, because it has been working for us."