England footballer Adam Johnson enjoyed kissing a 15-year-old girl and wanted to touch her sexually, a court has heard. 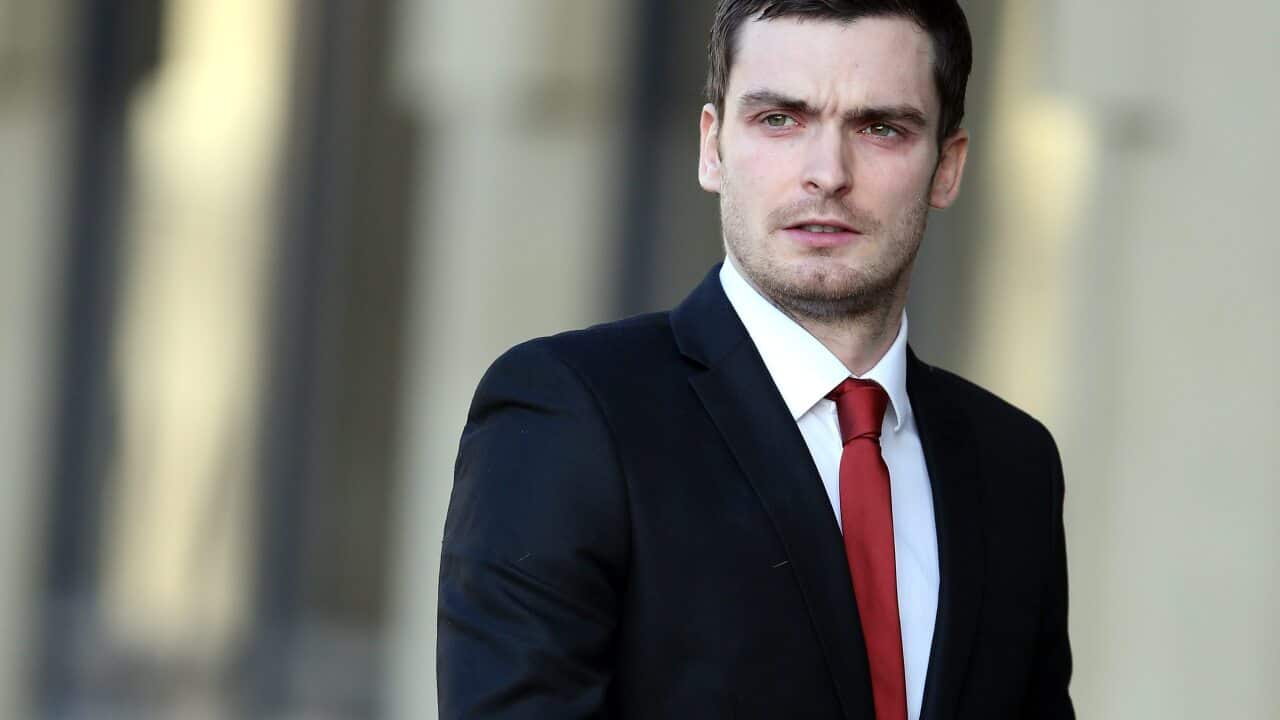 Johnson, who said he had become "arrogant", was giving evidence at Bradford Crown Court, where he is on trial accused of sexual activity with a child.

The jury heard that the 28-year-old former Sunderland winger had apologised to the girl in a statement to police.

He told the court that his actions were his fault and he agreed that the girl was "blameless".

Advertisement
The trial has heard that Johnson met the girl twice in his black Range Rover after exchanging telephone numbers and messaging each other over a number of weeks.

The footballer signed Sunderland shirts during the first meeting in January last year and has admitted kissing the teenager during the second meeting.

Messages between the pair discussed meeting for a second time so the girl could give Johnson a "thank you kiss" for the shirts.

They met in a car park on January 30 and Johnson said they initially talked about football.

He said: "And then the kiss happened."

Johnson, of Castle Eden, Co Durham, told the court he wanted to kiss the girl and enjoyed it.

He said he knew it was a "possibility" that he would be touching the girl sexually when they met in his car and said he wanted to do that but denies taking part in further sexual activity.

Orlando Pownall QC, defending, asked the footballer: "Did you digitally interfere with her or indulge in oral sex with her?"

Johnson answered: "No, I never."

When asked if he accepted that the girl was blameless, Johnson said: "Yes."

The jury of eight women and four men heard earlier that Johnson made a prepared statement to police in which he described his actions as "wholly unacceptable".

Reading the statement to the court, Daniel Thomas, junior prosecutor in the case, said: "I accept the stupidity of my actions."

Mr Thomas said Johnson went on to apologise to the girl and added: "She's a child and ought to have been safe in my company."

The court heard that, in the hours following the second meeting with the teenage girl, Johnson was sending messages to her while also messaging his girlfriend Stacey Flounders.

Johnson, who has a young daughter with Miss Flounders, told the jury that his relationship with his girlfriend was "not very good" because he was "not being a very good person to her".

But the footballer, who appeared to become emotional at times, told the court: "I love her just as much as I always have."

He added: "I wasn't a good person. I should never have done that. I can't think of the words to describe how I feel about it."

Johnson told the court he was attracted to the girl. He said he wished he had put a stop to the messages between them but got "caught up" in texting.

He described the messages as "flirty" and "inappropriate" and said he was "ashamed" about sending them.

When asked how he felt now, he said: "Embarrassed. Awful. I shouldn't have ever done it."

He added that the messages were his fault and that he "should have known better".

"That was stupidity from me and I really regret that," he told the court.

He said he was not thinking clearly and added: "I had all sorts of things going on in my head at the time. I was thinking: 'What am I doing? I've got so much to lose'."

Johnson has pleaded guilty to one count of grooming the teenager and another of sexual activity with a child, relating to kissing.

He denies two further counts of sexual activity with a child.