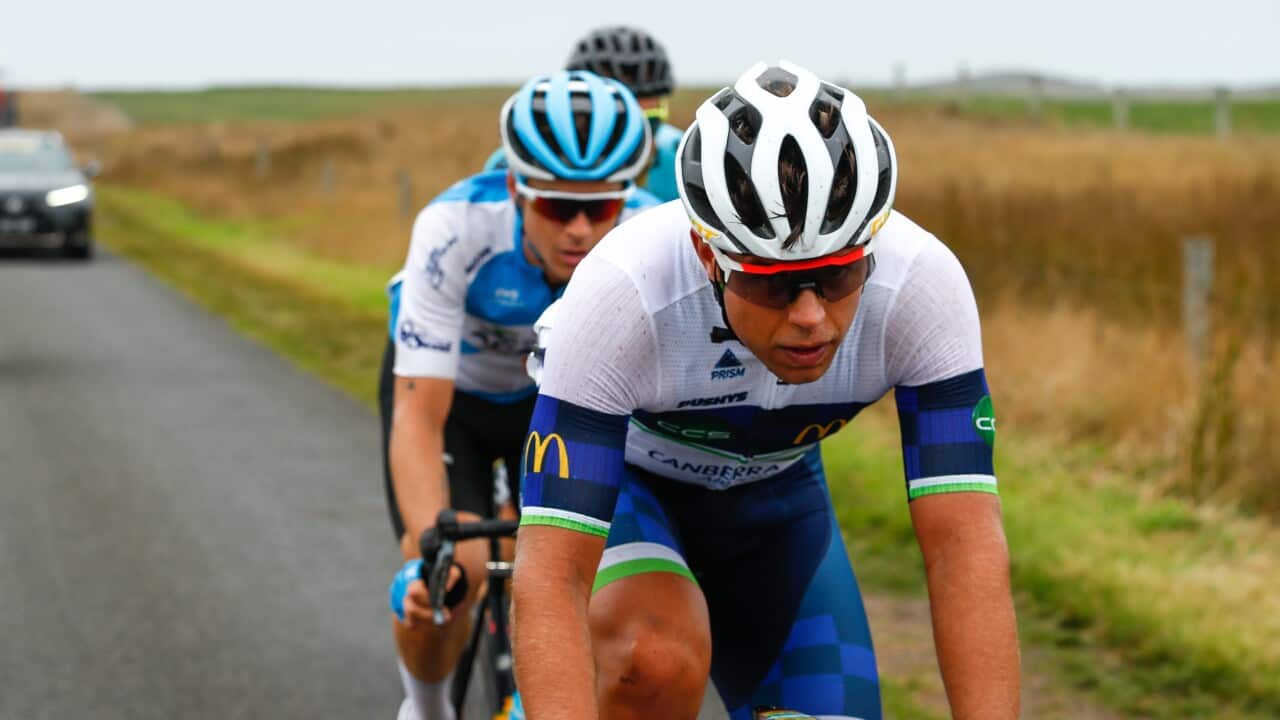 The 2020 ‘Warrny’ winner also took out the overall National Road Series individual title, the premier honour for domestic road cyclists. The electrician also runs his own business in Canberra, has a new child and is a sponsored athlete on the mountain bike marathon scene. Balancing everything that he has to deal on a day-to-day basis hasn’t been easy for the well-like rider known as ‘Trekky’ but he said he feels that he’s coming into good form at the right time.

“I’ve been training hard with some interruptions,” said Johnston. “A bit of sickness with a young kid, it’s to be expected.

“I think that I’ve come up in the nick of time for Warrnambool. This last couple of weeks I’ve got going well and had some key sessions pay off and starting to feel good after that four or five hour mark of training.

Advertisement
“It suits me really well, the race itself, my base ability is ready for that kind of event and it’s about getting to that point of the race where you’re stronger than everyone else.”

Johnston had planned to be in peak condition for the Melbourne to Warrnambool when it was initially scheduled back in February, but the coronavirus outbreak in Victoria forced a shutdown which included the legendary race.

“I was super keen for it to be on when it was originally scheduled back in February just after nationals,” said Johnston. “I was more hungry than ever to get down there and race it. It’s been quite hard to reassess to get motivated again to do well there after being so ready and in the moment.”

The conditions for the race are forecast to be breezy with unseasonably warm temperatures reaching 25 Degrees Celsius, not to Johnston’s liking who would have preferred more attritional, poor weather.

“It actually looks quite nice which is a bit unconditional for Warrny,” said Johnston. “It would have been good to have some inclement weather, a bit of wind and rain makes the race good but it’s also a bit more pleasant for the start. We’ve had some cold mornings here so I was prepared for it but looks like it will be perfect race conditions for Saturday.”

The 29-year-old was wary of the top riders that he’ll have to battle for the overall win on Saturday.

“I think I’ve managed to read the race well in years gone by,” said Johnston. ‘To win the race, you have to actually be in the race by which I mean the backend of the race. If you miss the move, you can easily be out of it and you’ve wasted eight hours of your day. I know who to look out for and who will be good at the end of the race.

“But definitely guys like Plapp (Lucas Plapp, Inform TMX MAKE), he’s super strong, but everything changes after five or six hours. That’s what I love about the race.

“In Australia, we don’t race for that length of time at all apart from the Warrny and Grafton, so maybe twice a year. Guys with European experience, they might have done it a bit more but it’s cool to have such a hard challenge.”

The Powercor Melbourne to Warrnambool will be streamed live on SBS Cycling Central’s Facebook page with the audio commentary run on 3YB/Coast FM Warrnambool, the last 100 kilometres of the race of the legendary race will be brought to screens all over the world from 11.30am AEDT.