Benfica have a slender 1-0 advantage over Zenit St Petersburg after Oliveira Jonas' injury-time goal at the Estadio da Luz. 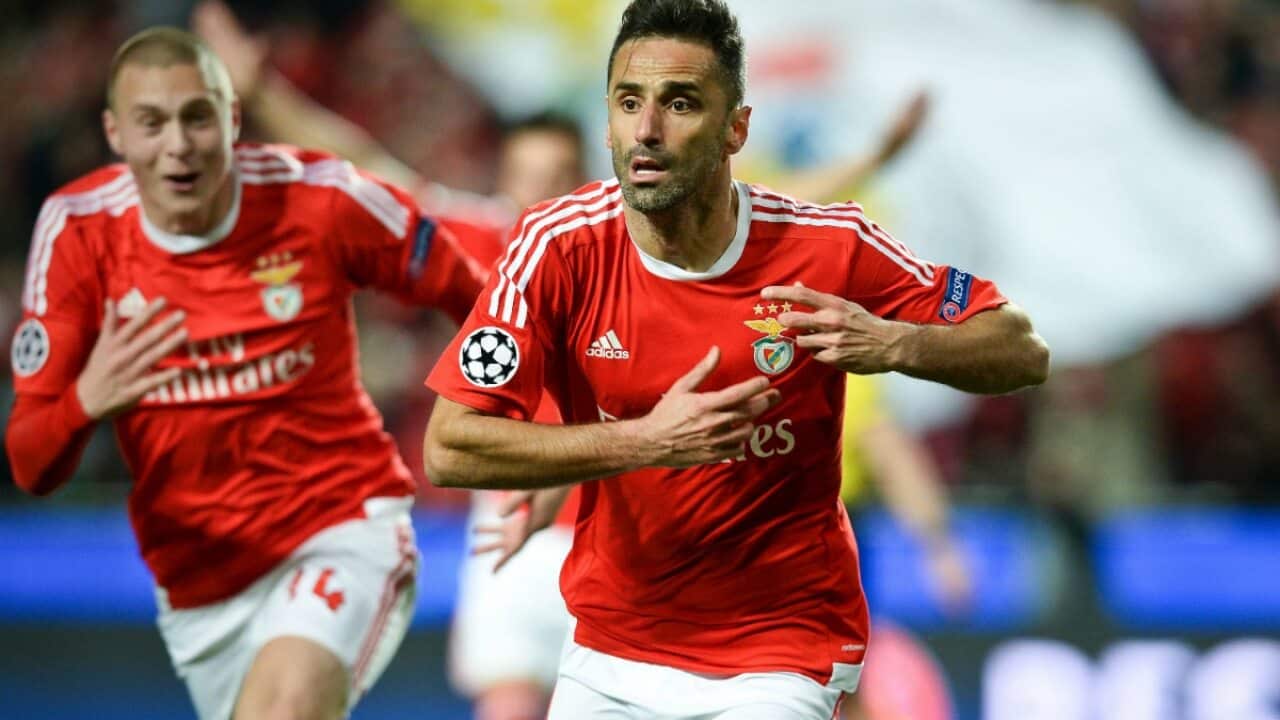 Neither team really ever got going in Portugal and it looked destined to finish goalless until Jonas popped up with his 25th goal of the season, shortly after Zenit left-back Domenico Criscito was sent off for a second yellow card.


Advertisement
He will miss the second leg in three weeks' time along with team-mate Javi Garcia and Benfica duo Vieira Jardel and Gomes Andre Almeida, who all came into Wednesday morning's game one booking away from a suspension and received a caution.

Zenit, in the middle of Russia's winter break and without a competitive match since the final group game in the Champions League on December 9, started well and looked sharp early on, despite their sabbatical.

A superbly whipped in cross from Hulk evaded his team mates by inches before Benfica goalkeeper Julio Cesar had to be quick off his line to smother the ball at the feet of Artem Dzjuba after he latched on to Danny's through-ball.

Zenit boss Andre Villas-Boas said in the build-up to the game that his side liked to counter-attack and there was plenty of evidence of that in the opening 10 minutes.

The hosts gradually came into the match and Luis Pizzi worked Yuri Lodygin as the midway-point of the first half approached before Jonas' deflected effort had the Zenit goalkeeper worried, with the ball spinning narrowly wide.

Zenit had the ball in the net after 33 minutes but Konstantinos Mitroglou was well offside. Hulk then went close with a free-kick.

Benfica produced the move of the match just before half-time as Junior Renato Sanches, Jonas and Pizzi all moved the ball quickly, with the latter setting up Nicolas Gaitan - only for Lodygin to make a save.

Cesar denied Axel Witsel twice at the start of the second half. First, the Belgian's long-range effort was beaten away before a long throw-in dropped his way and he headed straight at the goalkeeper.

At the other end, Lodygin produced a decent save to keep out Gaitan's effort but from only 10 yards out the Benfica midfielder should really have scored.

Benfica's superior match sharpness showed late on as Zenit started to tire but the hosts were failing to make the most of their chances.

Criscito was shown a red card in the 90th minute before Jonas headed into the far corner of the net from Gaitan's free-kick to give Benfica the edge ahead of the March 10 return.