Brad Jones's Feyenoord grabbed a stoppage-time winner to secure a 2-1 comeback win at NEC Nijmegen and maintain their 100 per cent record in the Eredivisie this season. 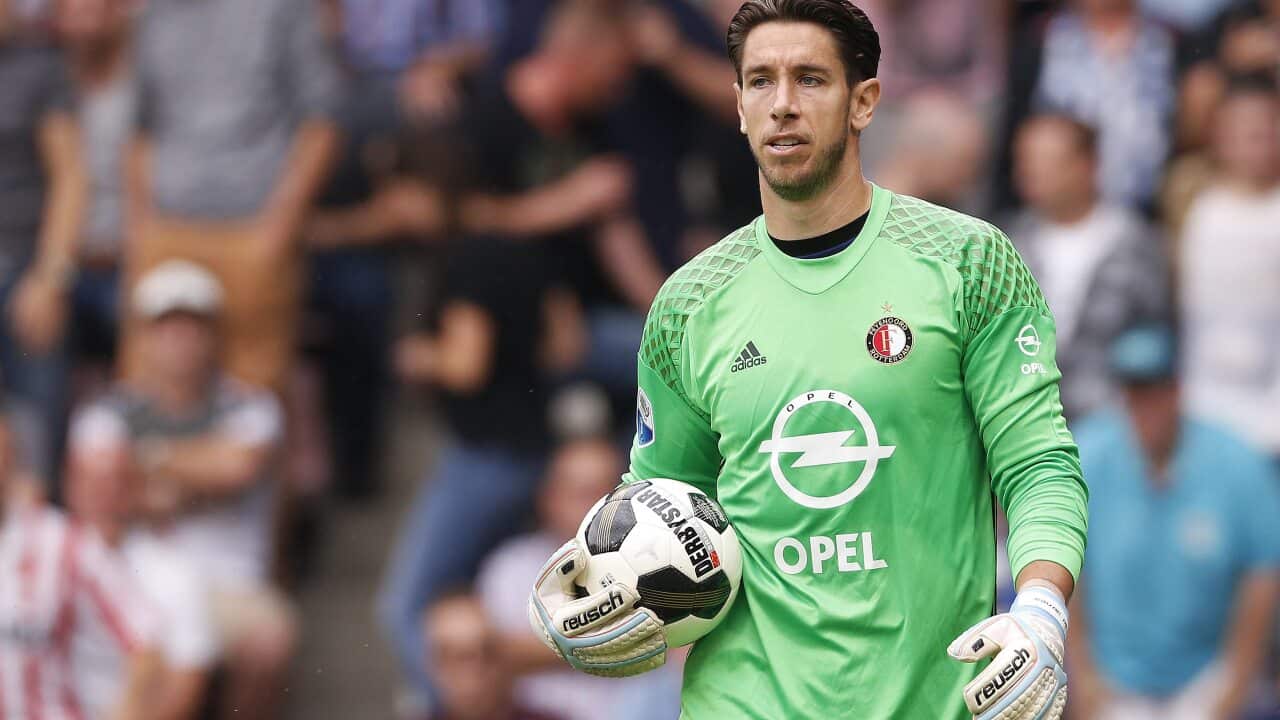 Substitute striker Michiel Kramer headed home in the first minute of added time to ensure Feyenoord kept their five-point lead at the top of the table and consigned NEC to a second home league defeat.

Australian midfielder Stefan Mauk was an unused substitute for NEC.

Advertisement
Ajax registered their eighth straight victory in all competitions to stay in touch with Feyenoord in second place by winning 2-0 at Den Haag.

Davy Klaassen opened the scoring with his seventh goal of the season midway through the first half and Bertrand Traore added their second in the 53rd minute.

PEC Zwolle slipped to bottom place despite picking up another valuable point thanks to Django Warmerdam's late equaliser in a 2-2 draw at FC Twente.

Substitute Warmerdam struck in the 85th minute for Zwolle, who secured their first win of the season last time out.

Twente appeared to be heading for victory when they regained the lead through Enes Unal in the 78th minute after Zwolle's Youness Mokhtar (40) had cancelled out Mateusz Klich's early penalty.

Roda JC climbed off the foot of the table after clinching their first win of the season, 1-0 at Excelsior, courtesy of David Boysen's solitary strike early in the second half.

Australian midfielder Daniel De Silva started for Roda before being replaced in the 88th minute.