Newcastle Jets coach Mark Jones revealed the club had already signed players "everyone is in the market for" from other A-League clubs for next season. 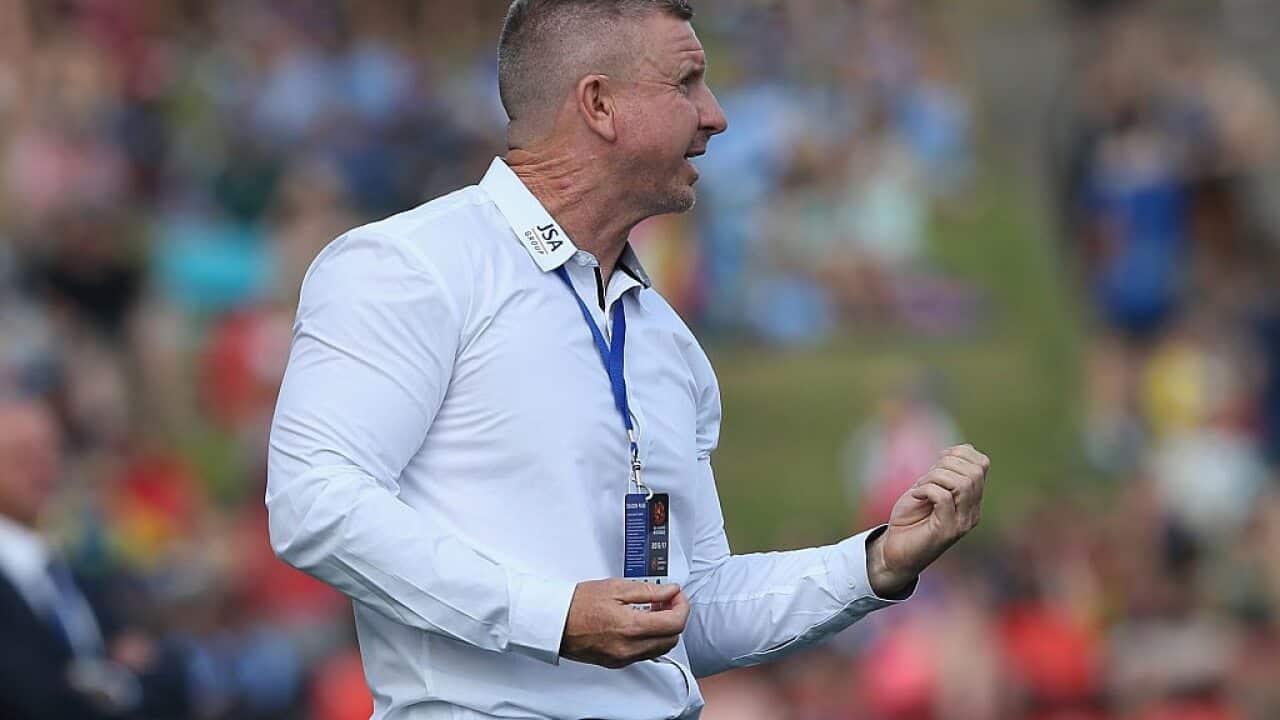 Mark Jones revealed the Jets are already in the business of signing new players for next season. Source: Getty Images

The Jets are unlikely to do any major business during the January transfer window because the sort of players they wanted weren't available, but Jones told The World Game that planning for next season was proceeding well.

He said the club had plenty of room in which to move because a lot of players were coming off contract at the end of this season.

"The owner wants the club to be figuring at the top of the tree in three years' time, so we're going to refresh our squad and change our squad and I want good athletes, good players and players without an extensive injury history.

"We need to make sure that in the future we're not in a position where we were earlier this season when we had four or five regular players out at the one time.

"We've got a lot of room in which to move for next season and there is a lot of planning being done. We're actively in the market at the moment and we've signed some players who can't be announced yet, but they will be announced.

"They're A-League players that everyone is in the market for, so it's pleasing that they've chosen to come here.

"We won't be releasing the names until they tell us they can be released, but we're certainly active at the moment. We're after the best players and we want to be a strong club that figures at the top again.

"We're looking at players at other clubs, as every club is doing, and it's a bit of a silly season with everyone chasing each other's players, but it's good."

Newcastle have recently released three players from their 23-man roster who weren't figuring in the match-day squads.

On Friday they announced the signing of mature-age rookie Joel Allwright, 28, from South Australian NPL club Adelaide City for the rest of this season, mainly as defensive cover.

The Jets had hoped to sign former Western Sydney Wanderers, Sydney FC and Jets forward Mark Bridge during the window, but had to abandon that plan when he suffered a knee injury in training with his club in Thailand.

Jones said he wasn't going to sign players just for the sake of it and that the Jets were ready to proceed with 21 players and back-up from the club's youth squad if necessary for the rest of this season.

"There's not much else on the radar," he said. "It would have to be someone better than what we've got or there's no point, so we'll wait until next season and then we've got room to move in terms of both visa spots and local spots."