Australian Brad Jones has backed up his excellent form last season with a stunning start to the 2017-18 season, saving two penalties in the shootout as Feyenoord defeated Vitesse. 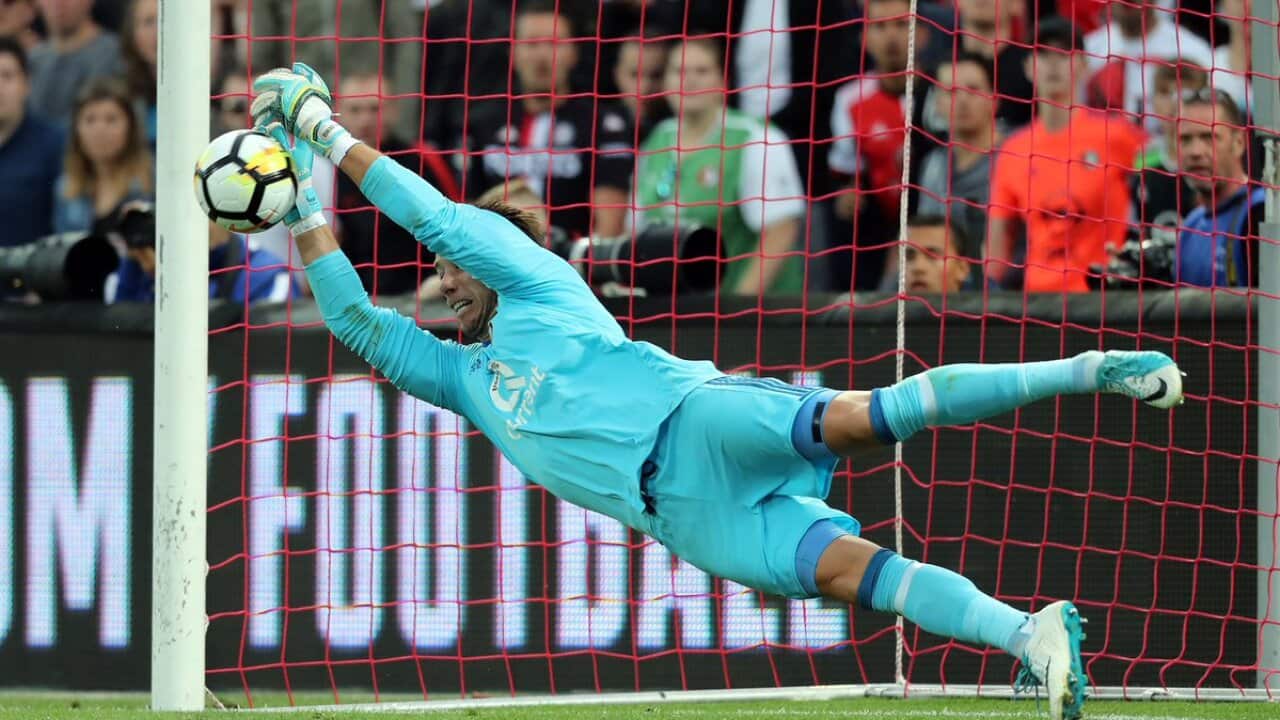 Jones saved Vitesse's first two penalties to give his side the perfect chance of winning the shootout, which they did so 4-2.

It's the second trophy of the year for Feyenoord and Jones after they won the Eredivisie title last season.

Advertisement
The match was forced to go to penalties after the scores were locked at 1-1 after 90 minutes.

Jens Toornstra opened the scoring in the seventh minute with a sweet volley before Alexander Buttner equalised in controversial circumstances in the second half.

In the 54th minute, with the score at 1-0, Vitesse's Karim El Ahmadi went down in the box after a challenge from Tim Matavz, but the referee waved play on as Feyenoord counterd and scored through Nicolai Jorgensen.

Referee Danny Makkelie decided to review the footage through the VAR and awarded Vitesse a penalty, which in turned ruled out Feyenoord's second goal. Buttner sent Jones the wrong way and stroked the ball home to make it 1-1.

Jones would have the last laugh though as he continues his renaissance in the Netherlands.