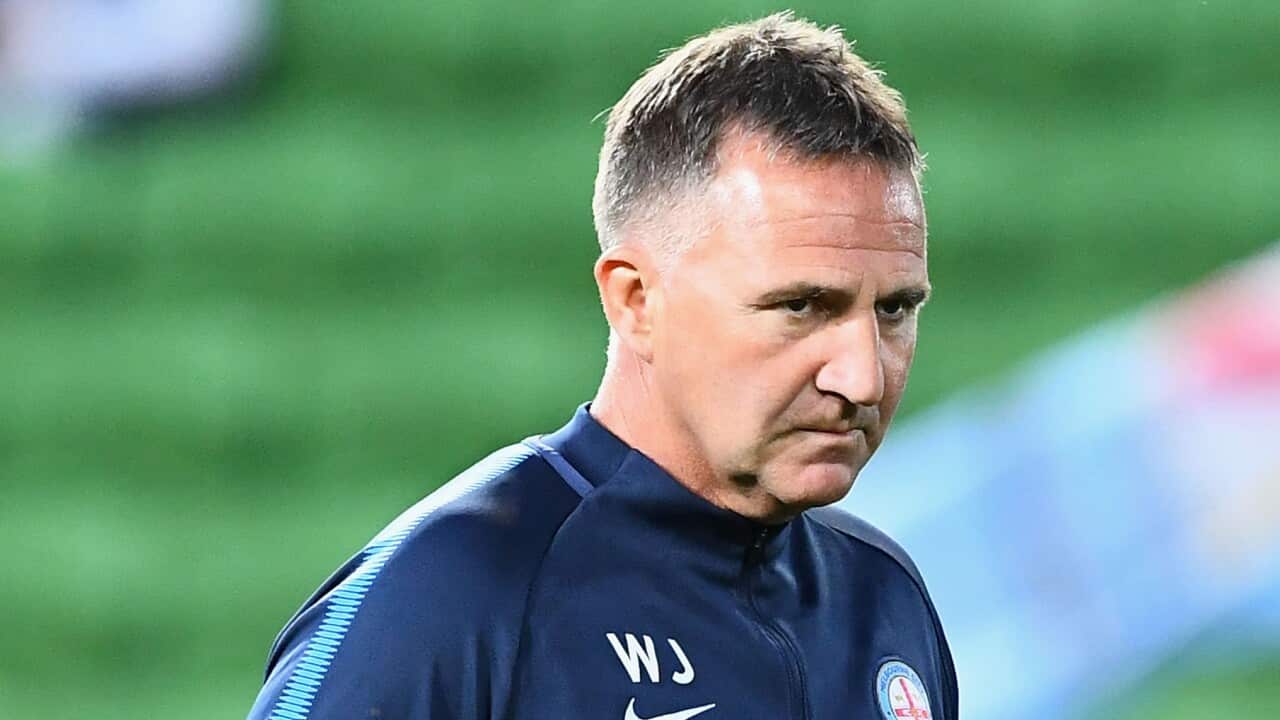 The sacking of his assistant Michael Valkanis, and raps over the knuckles for a dissident cabal of players has snuffed out the threat of rebellion in the ranks and given the Englishman, personally hand-picked by Marwood for the job, a clean slate from which to shape his own destiny.

Joyce, who was facing upheavals on several fronts, had a clash of ideologies with Valkanis, who struggled to reconcile missing out on the gig after his caretaker role at the back end of last season.

The chemistry between the pair was non-existent and the mild-mannered Marwood showed his ruthless streak by showing him the door.

Advertisement
It's now down to former Manchester United reserves boss Joyce to repay the backing of his CFG chiefs and deliver where his predecessors largely failed at the lavishly funded club.

While Marwood's six-day visit was initially meant to be routine in nature, it coincided in snuffing out spot fires whipped up by a disaffected Tim Cahill over his lack of game time under Joyce.

Not to mention Aston Villa loan striker Ross McCormack, whose discipline and attitude have been called into question, just as was the case at Villa Park.

He was stood down for the recent 3-1 loss at Brisbane Roar after turning up late for training and was reminded in no uncertain terms by Marwood that playing in the A-League is serious business, and requires the requisite professionalism.

It's understood that the Scotland international has heeded the message, and any manifestation of player power has been roundly quashed.

All have been brought into line, first and foremost Cahill, with Marwood taking a particularly dim view of his public pronouncements of dissatisfaction at being used sparingly by choice this season.

The CFG credo is to keep such matters in-house, and Cahill's stance - with the remainder of the season to run on his playing contract - may have backfired.

Sources say Cahill, in something of an about-face, called a team meeting last week, during Marwood's visit, urging unity and support for Joyce.

With the backing he's received from the CFG, Joyce now has no impediments - or ready-made excuses - as he seeks to lift the club from a mini slump which has seen them drop to third on the A-League after picking up just one point from a possible 12 over the last four games.

Saturday's visit to second-placed Newcastle Jets will be a litmus test for Joyce and his uncompromising leadership style, as he seeks provide the platform for his team to recapture their form of the early rounds.