Leicester's success on the pitch has been sending shock waves through the city and the celebrations have even been picked up by equipment used to detect earthquakes. 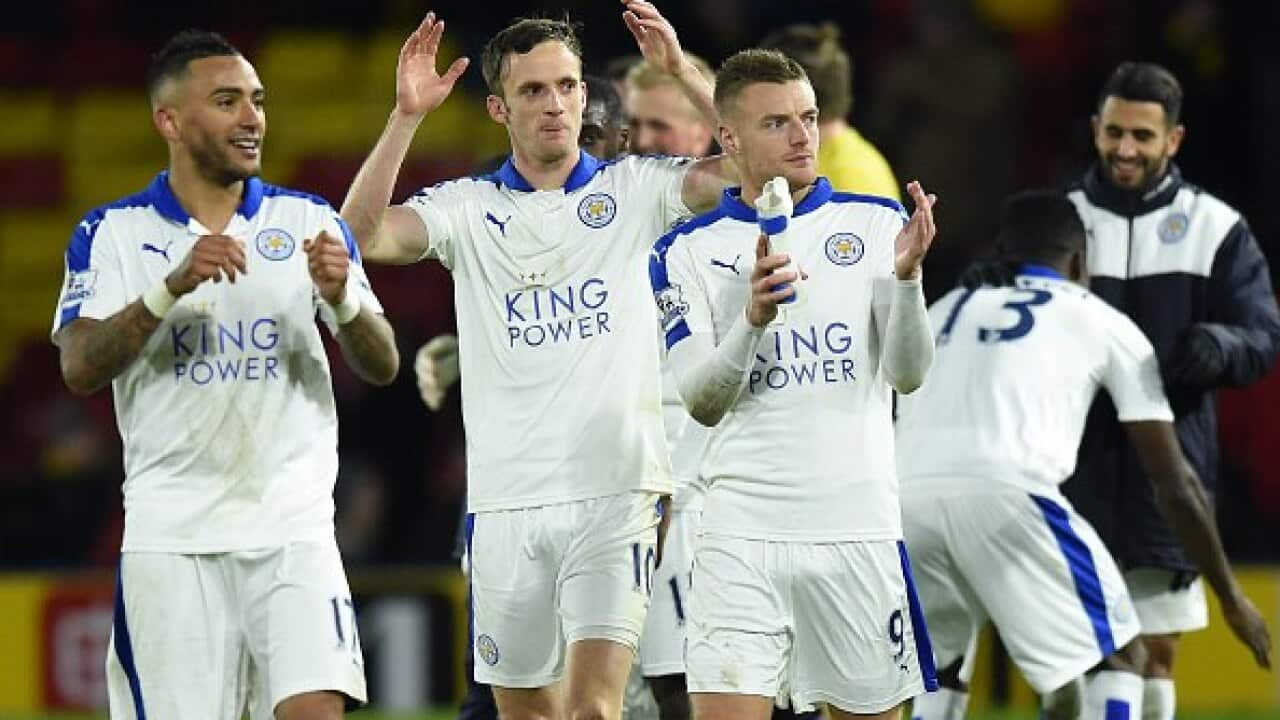 Supporters jumping up and down at the King Power Stadium when the Foxes nabbed an 89th-minute winner against Norwich caused a quake with a magnitude of 0.3, researchers have said.

Advertisement
The team have been the surprise package in the Premier League this season and are clear at the top by five points with nine games left to play.

A group of geology students at the University of Leicester placed earthquake-detecting equipment at a primary school near to the Leicester ground and said Leonardo Ulloa's last-gasp winner led to a spike in seismic activity.

Richard Hoyle, a first-year student from Leeds studying geological science at the University of Leicester, said: "A few days after we installed the equipment at the school and were analysing data collected, we noticed large peaks on the seismogram during football matches being held in the stadium nearby.

"A closer look showed us there was a strong correlation between the exact time Leicester scored at home and the occurrence of the large seismic signals.

"We concluded that our equipment was actually measuring small earthquakes produced by the sudden energy release by the cheering Leicester fans celebrating at the moment a goal was scored."

The phenomenon is being called the VardyQuake, despite striker Jamie Vardy not scoring since Leicester's 2-1 away defeat to Arsenal on February 14.

The equipment works alongside a similar system in the basement of the university's department of geology building and another recently installed set in the New Walk Museum in the city.

By measuring small earthquakes using this equipment, such as a 2.3 magnitude tremor in Thame on Sunday, the students are then able to calibrate the calculation for the quakes when Leicester score.

During last Tuesday's match against West Brom, a 0.1 quake was registered when Danny Drinkwater scored to level the game at 1-1, and smaller signals were detected when the Baggies found the net.

Mr Hoyle said: "Besides naturally occurring earthquakes, we are now curious to discover which Leicester City footballer will generate the biggest seismic signal. Our money is on Vardy."