They say timing is everything, and for Tomi Juric facing Germany at the Confederations Cup could mean a lot more than simply an opportunity to shine for his country. 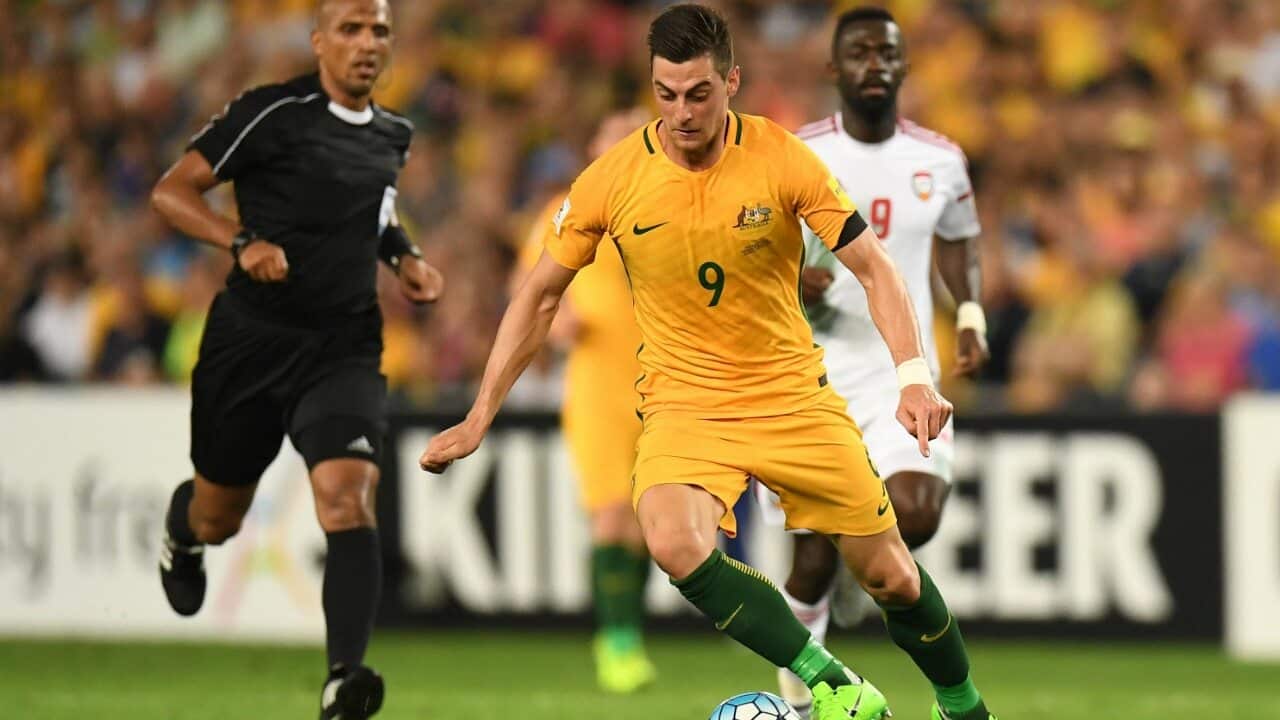 With a number of Bundesliga clubs closely monitoring the Socceroos striker, an eye-catching performance against the world champions in Sochi on Tuesday morning (AEST) could propel him into a whole new stratosphere.

Hellbent on forcing his way into one of Europe's elite leagues, Juric's double in last week's 3-2 World Cup qualifying win over Saudi Arabia has done his cause no harm.

But should the FC Luzern frontman continue a hot streak which saw him score four times in the final five games of the Swiss season - 11 from 33 in all competitions- then interest is likely to translate into firm offers.

Not that the phlegmatic and laid back Juric is letting any of it go to his head as he prepares to lead Australia's attack against a German side sprinkled with new faces.

Asked if putting on a show in front of a gallery of Bundesliga scouts could add another layer of inspiration to excel in Russia, he replied: "Yes, possibly but I don't really look that far ahead.

"I think the most important thing is the next game and the next five minutes in front of me in that game.

"Look, it's about not looking too far in front ... the rest will take of itself.

"The focus is Germany and we'll take it a step at a time."

Juric, though, is exuding confidence and belief going into a tournament which also pits the Socceroos against Cameroon and Chile in the group phase.

He has seemingly banished the niggling injury issues which once plagued him and is beginning to deliver on his abundant promise.

"I think I've improved my general game (of late) and have been that little bit more consistent," Juric said.

"I am happy with the way I'm going, although it could be better, which is the expectation you set for yourself every time you play."

Juric spoke about the positive momentum that scoring twice in the crucial World Cup qualifier against Saudi Arabia provided him going into the Confederations Cup.

"It was a confidence booster (the brace against the Saudis) coming into a big tournament like this," he added.

"It's another game and a big challenge ahead of us, so nothing is taken for granted.

"We have to pull our socks up and put on a good performance against Germany.

"We want to win the tournament ...we have come here to try and win this thing."