Matt Jurman swept the Sydney FC player awards last season but he has challenged himself to be even better this season in a bid to hold off increased competition for places in the team’s central defence. 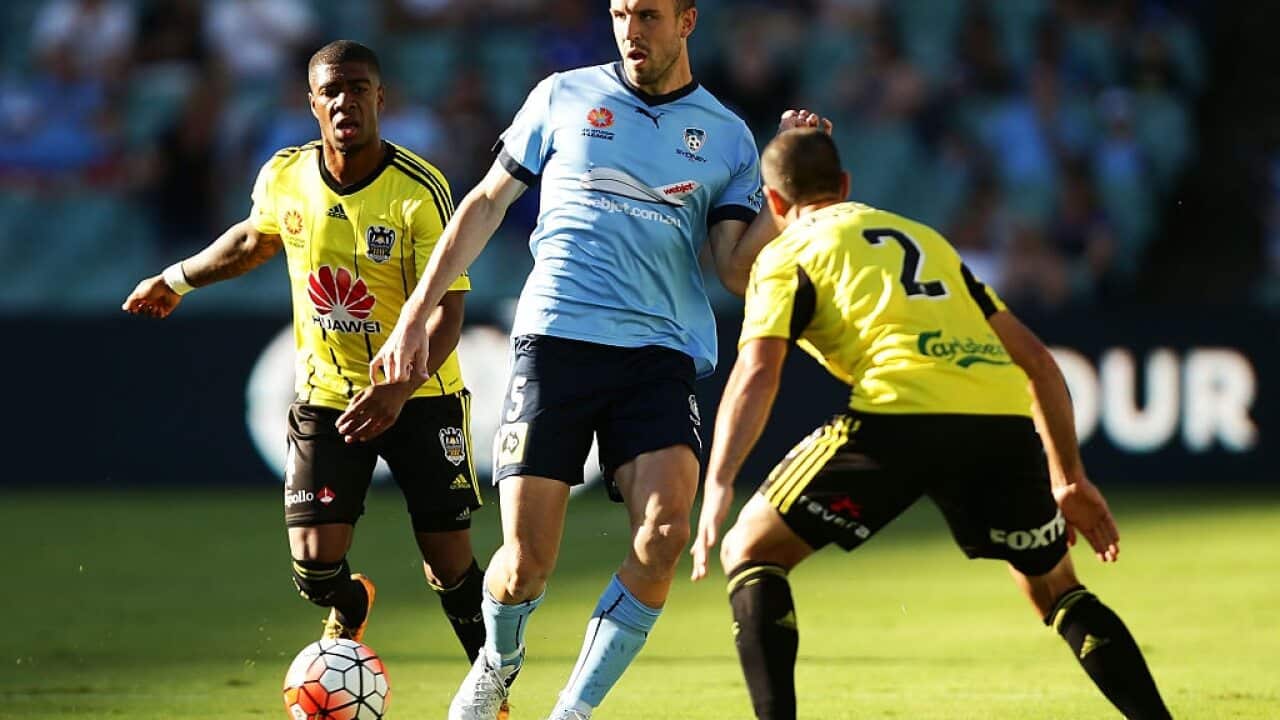 Jurman won the club’s A-League Player, Members’ Player and Players’ Player Awards last season, when he was a rock at the back in a team that had most of its problems at the other end of the field and missed the finals, finishing seventh of the 10 sides.

Seeking to improve their defence, Sydney overhauled their playing roster during the off-season and brought in new signings centre-back Alex Wilkinson and left-back Michael Zullo, two players with Socceroos experience.

“I don’t want last season to be the best season of my career,” Jurman told The World Game.

Advertisement
“I’ve got this season to build on it and I want to have a bigger year than last year and keep building on it into the future.

“I’m definitely not satisfied with last season. Last season is gone now for me and I’d forgotten about it, until you mentioned it.”

Wilkinson, Zullo, Jurman, fullback Rhyan Grant, centre-back or right-back Sebastian Ryall and right-back or centre-back Aaron Calver are the six players competing for the four spots in the defence.

Rather than be concerned about the increased competition, Jurman welcomed it.

“If you want to be in a good team and have a chance of success, you need competition for places.” he said.

“Then you’re always looking over your shoulder and you know you have to keep playing well.

“This year, with every position - not just defence - it’s going to be really tough to get into the team. Players need to be performing not just in games, but at training every day to make sure they play every week.

“You want to be winning and if you’re feeling comfortable in your position and you don’t have to worry about making mistakes and someone coming in to take your spot, that’s not a team that is going to do well.

“But it just makes you want to put in 110 per cent at training and in games and make sure you’re doing everything you can to be in the team.”

Jurman had a setback early in the pre-season, hurting his back in the 12-0 romp over Earlwood Wanderers in a trial game on July 20.

“I was out for a few weeks. I landed on it really heavily and I couldn’t walk for a couple of days. It was pretty painful and then I had some problems with a few muscles around it for a few weeks." the defender said.

“Even when I got back to playing again it still wasn’t 100 per cent and obviously my fitness wasn’t great either. I didn’t have any base at all to help me with. I was in bed to start with and then I couldn’t run or do anything for a while and you lose fitness quickly.”

Jurman played in the FFA Cup round of 32 win over Wollongong Wolves on August 10, but was held out of the starting side for the round of 16 win over Perth Glory on August 30. He came off the bench during extra time in that game.

“’Arnie’ said I wasn’t up to the same fitness level as everyone else, which I understood, and that’s why I didn’t play in Perth.” Jurman said.

“But it’s a long pre-season, so I’ve got the time to get the fitness back. The injury early in the pre-season put me behind the rest of the boys, but the last few weeks I’ve been working hard and doing extras to catch up and when I get my chance in the team I’ve got to take it.”

Jurman said he was anticipating getting good game-time in a behind-closed-doors trial against Melbourne Victory at AAMI Park on Wednesday afternoon.

He said he was very optimistic about Sydney’s chances of winning the FFA Cup and the A-League premiership and championship this season.

“If we don’t go close to winning all three trophies it would be disappointing for us.”