Juventus will be determined to secure top spot in UEFA Champions League Group H when they travel to Lyon to take on Olympique Lyonnais on Wednesday at 5.30am AEDT live and free on SBS and streamed online. 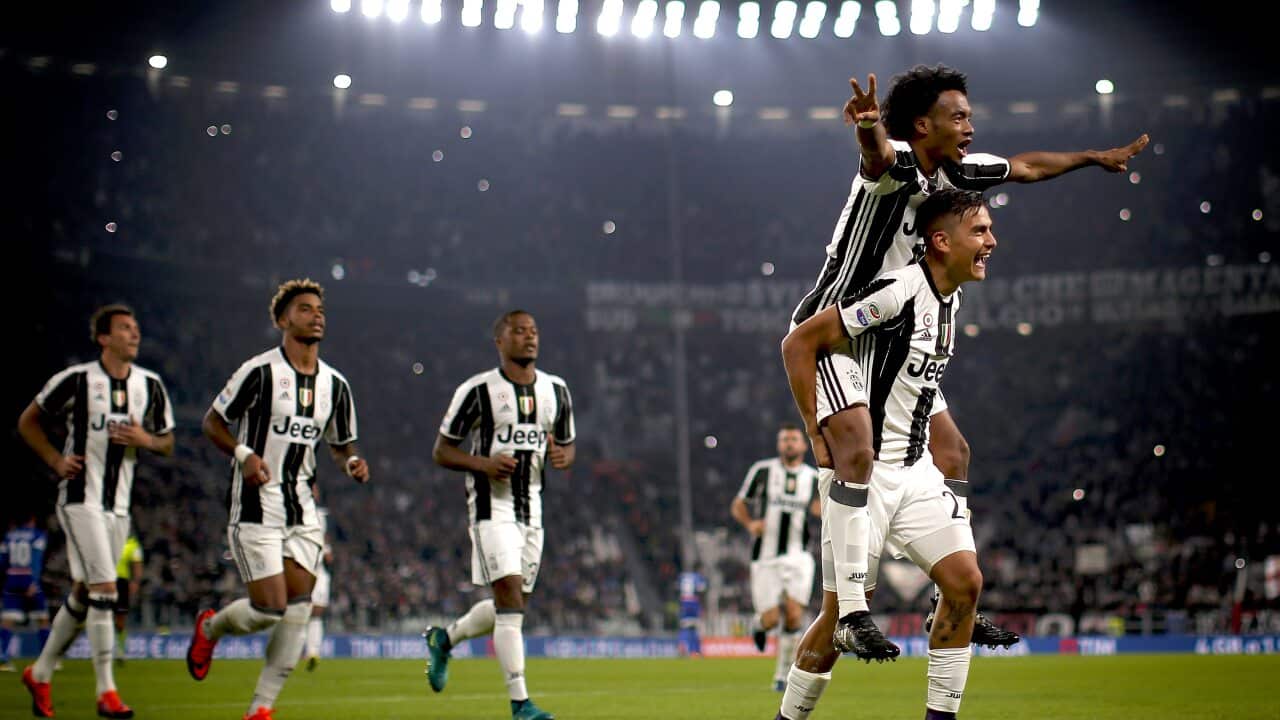 Juventus were a side capable of challenging for the Champions League every season before the Calciopoli match-fixing scandal of 2006.

Making the final in 2014-2015 has ensured they're firm contenders again and lifting the trophy would signify that the decade-long mission to rebuild is finally complete.

Behind the scenes, Juve recorded a €387.9 million ($558m) revenue last financial year and their sustainable approach is ensuring they're slowly starting to match Europe's super clubs on an administrative level.

Advertisement
It's no small feat given the dismal situation in the Calciopoli aftermath, as well as the state of Italy's economy in the past several years.

Now they just need to match them on the pitch.

Against Lyon they will be without Mario Mandzukic, Giorgio Chiellini, and Claudio Marchisio - all of whom are out through injury.

So it's lucky three of the club's major off-season signings - Gonzalo Higuain, Medhi Benatia, and Miralem Pjanic - play in the same positions.

The match has special significance for Pjanic, whose career really took off at Lyon. He joined the French club as an 18-year-old - learning from, and eventually succeeding, club legend Juninho Pernambucano.

He came to Lyon a rough diamond and he returns a polished world-class midfielder, now 26, in his prime.

Since losing the final to Barcelona a year and a half ago, the Old Lady has had a turnover of 16 players in their squad which now has ample depth with even the bench players now all full internationals.

Manager Max Allegri deserves praise for the team he has put together, building intelligently on the foundations laid by predecessor Antonio Conte.

The Italian isn't taking Lyon lightly, even though they have lost three of their last four games.

"Lyon are a tricky team, especially at home, and they have quality players up-front in [Nabil] Fakir and [Alexandre] Lacazette," Allegri said.

"They’re quick and very good on the counter-attack, so we have to be especially careful in those situations.”

Lyon's star forward Alexandre Lacazette looks set to make his first start since sustaining a hamstring injury five weeks ago, but Lyon coach Bruno Genesio warned the home fans not to expect too much from the 25-year-old.

"This game won't be all about the Nabil Fekir-Alexandre Lacazette partnership. Alex is back from five weeks out and he's likely to lack match fitness," Genesio said.

Juve must win these back-to-back Lyon fixtures to take top spot in the group and line up a favourable knock out stage for a charge at Europe's most prestigious trophy - the final hurdle on their road to redemption.