He's a likeable lad, Kenny Lowe - a bundle of tracksuited energy who likes to keep thing simple. But are we doing him disservice? 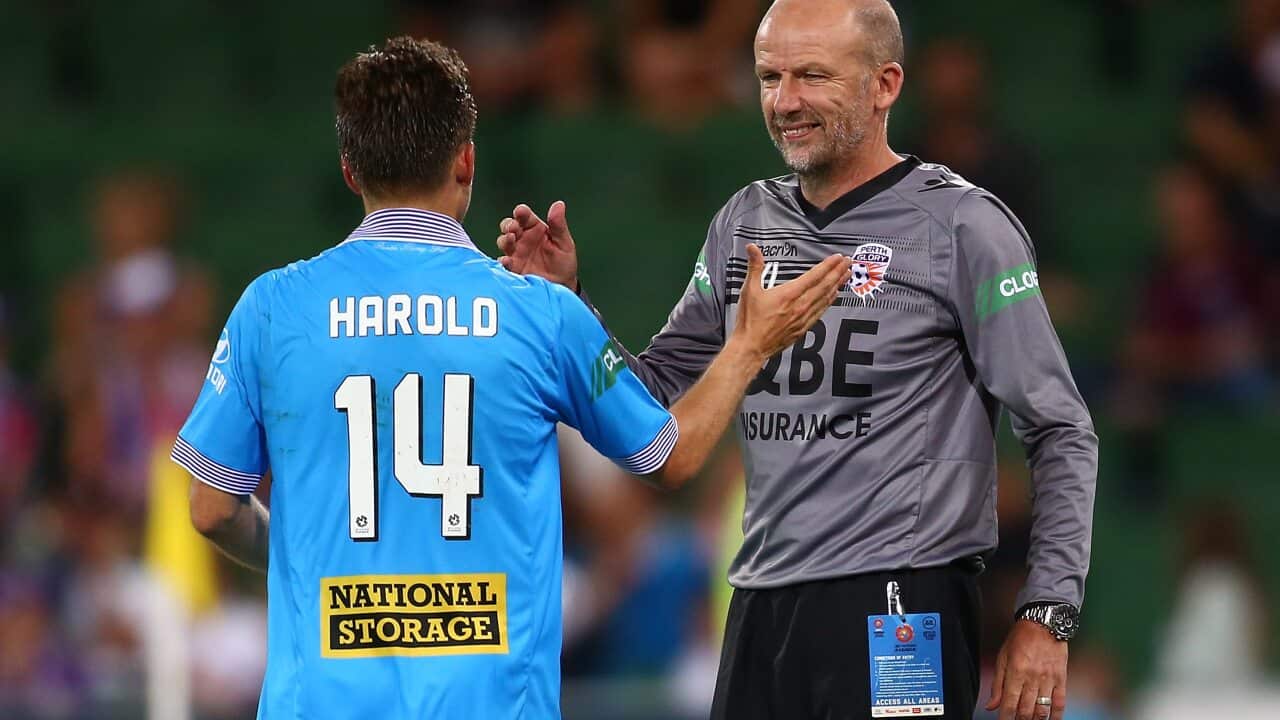 Advertisement
Lowe was labelled 'the non-league Hoddle' by Barry Fry, during a playing career which took him to such sides as Hartlepool United, Barnet, Birmingham City and Gateshead, with many more in between.

He only turned professional at 31, and retired at 39. It is an indication of an infectious love for the game, one which he easily transmits to his players.

Lowe talks of Perth "being on a run" and just taking things one-step at a time.

What they really are is flying, and banging on the door of a place in the top-six which only a few months ago looked improbable.

So, who is the architect of this "run" which sees Glory threatening to gatecrash Sydney FC and Melbourne Victory's end-of-season plans?

The man is an uncomplicated genius - and all this talk of "keeping it simple" and being on a "run" is a ruse.

He may not be the best coach in the A-League, or the most complex, or whatever.

But he's bloody good at what he does.

Lowe gives his players confidence - they play without pressure and with the freedom to play to their strengths and Lowe knows exactly what works, with the set of players he has.

The Perth Glory coach has an eye for talent, too. Diego Castro is now, after a slow start, one of the league's best players.

Shane Lowry is an astute pick-up, while leaning on the veteran Ante Covic in goal has proven to be shrewd too.

Add to that the return of the potent Andy Keogh, the decision to bring in Branko Jelic to work on Chris Harold's finishing (six goals in six is proof that it has worked) and the signing of Adam Taggart for next season and it is clear Lowe is no mug when it comes to talent identification.

We shouldn't be surprised.

Lowe is an acclaimed youth coach and had a hand in the development of Taggart, Trent Sainsbury, Eli Babalj and Daniel De Silva.

Last season his Glory side were flying high, before they were rubbed out of the finals for salary cap breaches.

This season, instilled with fresh confidence and new-found belief, they are finishing with a wet sail and are as tough to beat as anyone.

Lowe may be an unabashed fan of the KISS (keep it simple, stupid) approach, but just because he keeps things real doesn't mean he's any less talented or cultured than the suit-and-tie brigade who prowl the touchline throughout the rest of the league.

Lowe told The Guardian last year: "It’s not rocket science. I don’t want my goalkeeper having more touches than my creative central midfield player. We do need a balance."

It's so simple, and that's why he's a genius.