Harry Kewell has suffered a 3-1 defeat in his first match in charge of League Two side Crawley Town. 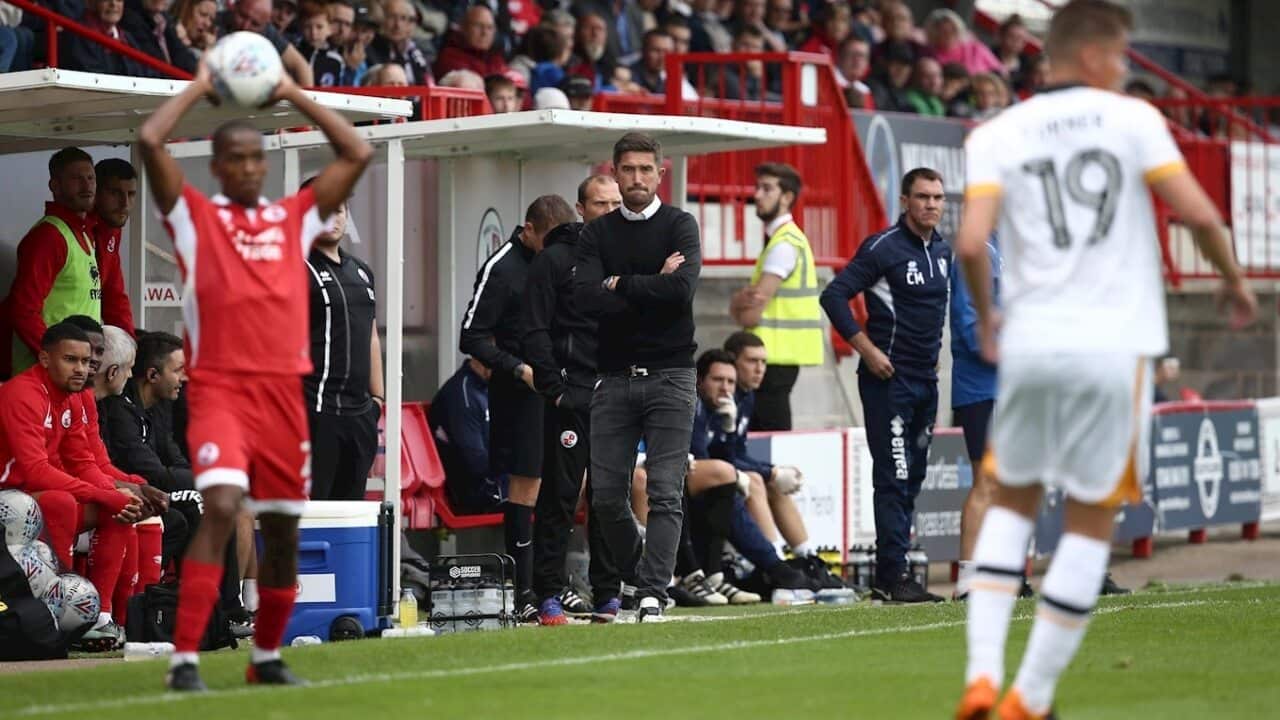 Kewell's Crawley weren't able to give their new manager a winning start to life as an English League boss as opposition Port Vale held on for all three points after scoring two early goals.

After two seasons coaching youth teams at Watford, The former Socceroo has made the step up to make his senior coaching debut but it is a long way from the spotlight he expereinced during the height of his playing days.

Crawley, situated 50 kilometres south of London, is a working class town whose football side Crawley Town has bounced between League One and League Two over the past five  years.

Advertisement
While the result was not the start he had envisioned, Kewell said he had to put his emotions to the side and focus on the long season ahead.

“Angry, disappointed, furious. That’s part and parcel of the game,” Kewell told the Herald Sun's David Davutovic when asked how he felt after the match.

“But you’ve got to accept it and move on and keep a clear head and focus on the next game."

Kewell said he hoped to stop his team from reverting to the English league football stereotype of booting the ball long.

“We can’t have this League Two mentality (resign to kicking it long). In the first half I felt we played tommy long passes, in the second half we got the ball on the ground and moved it, it’s just a shame we didn’t finish our chances," he said.

“We knew what Port Vale were going to bring, and I felt in the first half we played their game. We tried to fight them and they’re a strong team.

“I’m happy with the second (half) performance, there were positives signs to work with.”

Crawley Town will take on Birmingham City in the League Cup on Wednesday (AEST) before their next League Two clash against Cheltenham Town.