Kisnorbo has turned Melbourne City from lambs into lions

We used to call Melbourne City the club with no identity, no character, no temperament and no hope. We are not saying this any more. 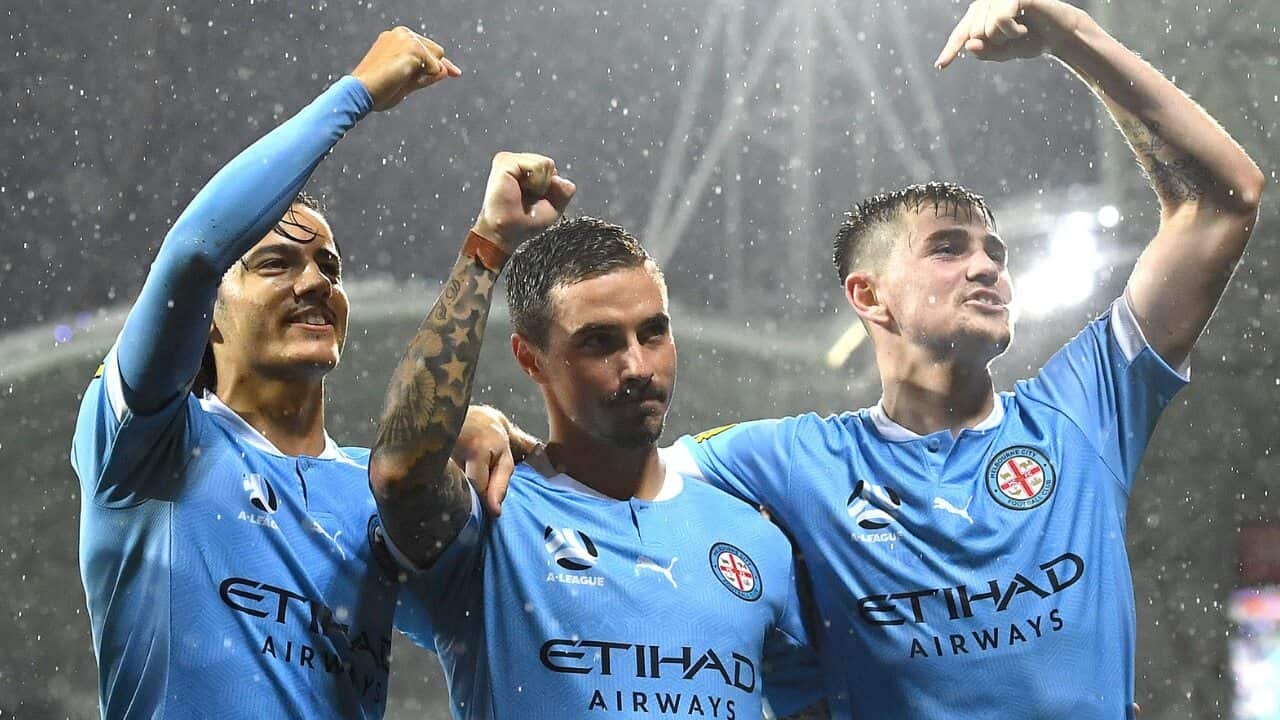 Paddy Kisnorbo's men have taken the A-League by storm with a string of impressive performances that are a complete opposite of what this team dished out not so long ago.

City scored their sixth straight win of the season by demolishing Western Sydney Wanderers 4-1 in yet another demonstration of their attacking power, ruthless aggression and mesmerising football.

City have shot up the table after a shaky start to the campaign and are breathing down Central Coast Mariners' necks in second place a point behind but with a game in hand.

Advertisement
There were signs last season that City had turned the corner in terms of their willingness to fight till they drop, which was something few people would say about them in their formative years.

They made a solid run to their first grand final before falling 1-0 to Sydney FC but you could tell that the team was on the rise and it as only a matter of time before they fulfilled their promise.

This season City seem to be very close to reaching their full potential if recent performances are anything to go by.

Kisnorbo was given the senior team reins at the start of the campaign after a two-year apprenticeship within the club, the last year under Erick Mombaerts.

In a short time he has bolstered the side's temperament, giving his boys the sort of competitive edge he once showed as a central defender for Leicester City and Leeds United from 2005 to 2013.

The team's new, relentless approach was there for all to see in the recent derby against Melbourne Victory.

It became clear after a few early skirmishes that City were in the mood and they soon took command of proceedings.

They went into the break a goal up and in the second half, instead of trying to manage their lead, they pummelled Victory into submission by adding five goals.

Winning was not enough for them: they wanted to humiliate their crosstown rivals and make a statement.

They did the same thing on Friday night against the Wanderers. After falling behind to a goal against the run of play, City clawed their way back into the game and by the 55th minute they were sitting pretty and leading 3-1.

Still they were not happy to sit back and go through the motions against an inferior side ... they kept going against a tiring opponent and sealed the win with another goal in injury time.

In two key matches that sent shockwaves across the competition they had displayed the force of their style, spirit and character. The 'identity' box has been ticked, no worries about that.

Much of City's success is due to the feats of Jamie Maclaren, a goal poacher extraordinaire who should be hot favourite to land the main striker's role when the Socceroos resume their 2022 FIFA World Cup qualifying campaign in June.

However Kisnorbo's ability to bring the best out of wily wingers Andrew Nabbout and Craig Noone deserves special mention.

The two attackers are not orthodox wingers in the old sense of the word but they love playing on the flanks where they can use their speed and dribbling skills to beat opponents, get behind the opposition's defence and play telling crosses for Maclaren to do the rest.

And here lies the key to City's play. With Nabbout and Noone stretching defences as wide as possible, the space for Maclaren has increased considerably which is probably why the moustachioed marksman is having such a rewarding season.

It's still early days and goodness knows what might happen from now to grand final day.

However there is no doubt that this Melbourne City side under the captaincy of tearaway fullback Scott Jamieson has plenty of grit and steel to go with its individual and collective class.

They are just about a complete team, actually.