Liverpool boss Jurgen Klopp offered an apology to West Bromwich Albion manager Tony Pulis to diffuse the bad blood between the after last weekend's heated encounter - off the back of the Baggies boss offering a sarcastic apology of his own. 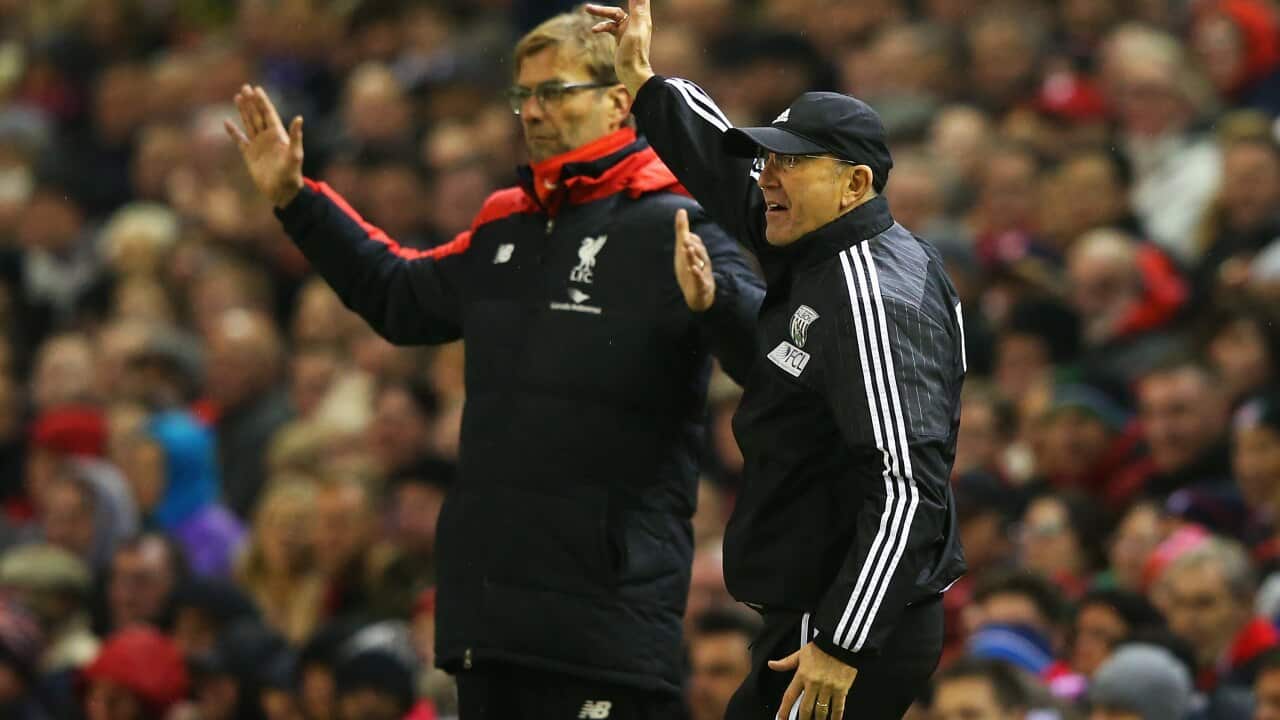 There was no love lost at Anfield between Jurgen Klopp and Tony Pulis Source: Getty Images

The pair interacted with each other on a number of occasions during the feisty 2-2 Premier League draw at Anfield and Klopp did not exchange the customary handshake with his opposite number.

Advertisement
Speaking immediately after the match, Klopp said he had not shaken hands because "it was not a friendly game" and also criticised West Brom's style of play.

Pulis clearly was still stewing over the incident when he spoke to the media on Friday and argued Klopp's criticism was to deflect attention from the Reds' failings.

The Welshman said: "'We apologise. We actually played three longer passes in 99 minutes than what Liverpool played in that game.

Klopp learned of Pulis' comments just before his press conference ahead of the clash with Watford but chose to extend an olive branch.

The German insisted he had simply forgotten to shake hands in the heat of the moment as he went to his players to celebrate their late equaliser and thank the fans.

Klopp said: "I can easily say sorry for everything I said during the game because I am very emotional, I think Tony Pulis is similar, and there were a few words. We were very close together.

"For me it was not a big problem but it was very intense and after the game I wanted to go to my team. Really I forgot to shake hands. That's all.

"If we meet today, it would be no problem to say sorry and to shake hands, to have a talk about whatever. I have big respect for his work, no doubt about this.

"In that situation it was not easy to switch on the lamps and switch them off."

On his comments after the match, Klopp added: "It was not a game where five minutes were enough to come back to a normal situation."

The 48-year-old, though, denied the relationship with other managers is more heated in the Premier League than the Bundesliga.

"Only the coaching zones are closer, that's the only difference," he said.

"We are all emotional and best friends in the league. We talk completely normal before the game, we ask about our families after the game and during the game.

"We are coaches of different teams and we say things you never would usually. That's how it is on the pitch. But it was not that serious."

Liverpool will be without midfielder James Milner for the Watford game after he sustained a calf injury in training, with Klopp admitting he does not know when the England man will be available.

Defender Dejan Lovren misses out with the knee problem he suffered against West Brom but there was good news on the former Southampton player.

It was initially thought he would be out for around a month but Klopp revealed Lovren could be back for the Boxing Day clash with Leicester.

He said: "That was one of the best pieces of news after the West Brom game. It's not that serious. If he could train next week from Tuesday or Wednesday, it would be an option for Leicester. I think after Leicester for sure he should be available again."