Legendary German striker Miroslav Klose is eyeing a stint in the A-League as he looks to place a final exclamation mark on a stunning career. 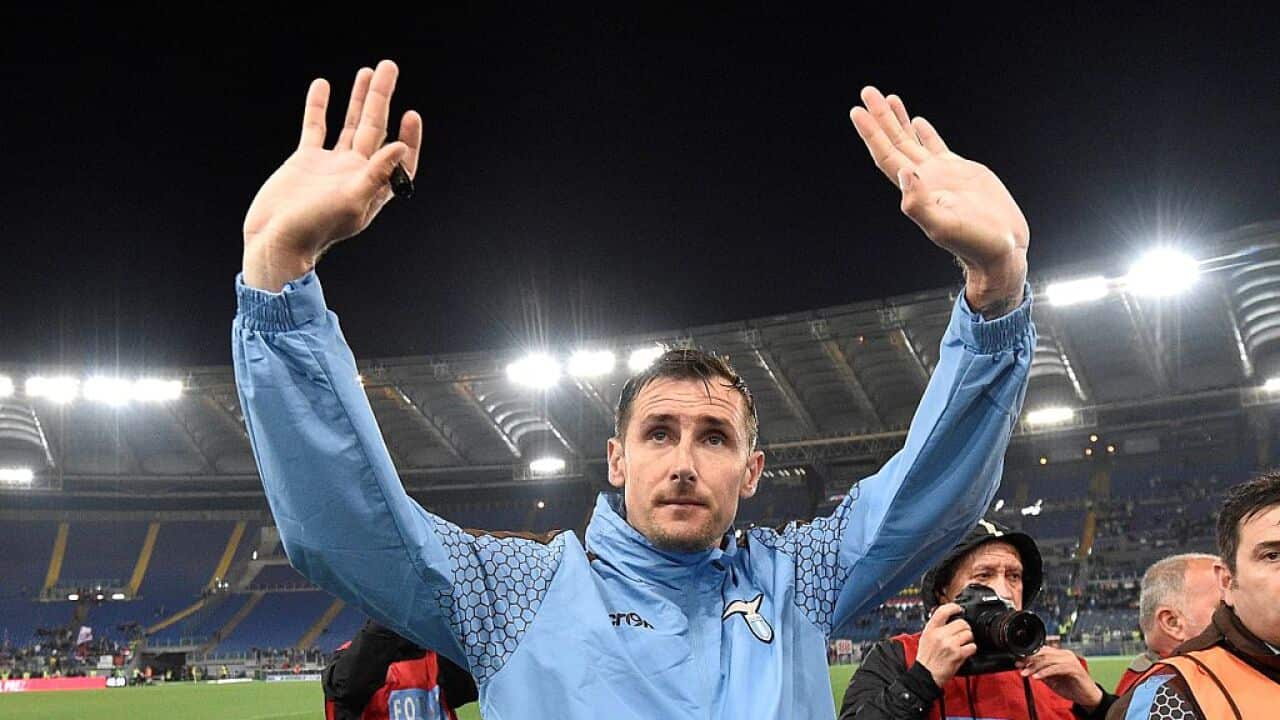 Germany's all-time leading goal-scorer – who ended his five-year association with Serie A Lazio at the end of last season – retains the desire to terrorise defences at the age of 37, and sees Australia as a potentially exciting new frontier in which to showcase his class.

Klose signed off from Lazio with three goals in last three games and has been linked with the MLS and also a return to his native Germany.

However, after being urged by former Lazio teammate and Australia midfielder Chris Ikonomides to consider the A-League, he has now turned his attention to the competition, where he could be signed as a marquee player or on a season-long guest contract under the FFA's new edicts.

It’s highly likely that any clubs interested in bringing Klose to the competition, and generating the swirl of interest which would surround his capture, would qualify for a portion of the FFA’s freshly-mind marquee budget.

Speaking after his exit from Lazio in May, Klose said: “I haven't decided yet what to do.

"I told my manager that I wanted to end the season well, and then we'll see what's on the table.

"I am still having fun and feel that I am in good shape, so I want to continue scoring goals."

Jon-Paul Michail of FIA Sports Management controls the exclusive mandate for Klose in Australia and believes Klose would be a big coup for the A-League.

“Klose is in the same class as Alessandro Del Piero” Michail said. “He won the World Cup two years ago when he also became the highest ever goal scorer in World Cup finals history.

“He’s done it all in world football and is still delivering the goods.  Along with the arrival of Tim Cahill, I think having somebody with the pedigree of Miroslav Klose in the A-League would be a great boost for the competition.”

And Ikonomidis believes there are plenty of goals still to come from the veteran marksman, who bagged 64 goals during his stint with the Biancocelesti.

"He’s still in fantastic form and great shape, just his experience alone is incredible and for Australian football to have him in A-League would make huge waves," Ikonomidis said.

“I can see him duplicating what Del Piero did in the A-League, maybe even surpassing it.

"I spoke to him quite a lot last year about the A-League and was trying to convince him to come and give it a shot. He said he’d definitely think about it.

“He’d be a great mentor for the league in general.”

Klose’s most likely destination should he come to the A-league would probably be Sydney FC, Western Sydney Wanderers or perhaps even Melbourne Victory, who it appears have failed in their bid to sign former Italian international Alassandro Diamanti under the new full-season guest player spot.

Adelaide United are in discussions with Klose’s compatriot Kevin Kuranyi, who is also on the FFA radar.

The only player to have appeared in four successive World Cup semi-finals, Klose scored 121 goals in 307 matches for Kaiserslautern, Werder Bremen and Bayern Munich during his time in Germany.