Real Madrid's Cristiano Ronaldo and Atletico Madrid's Koke traded insults in a heated Madrid derby, but it was Ronaldo who had the last laugh, scoring a hat-trick. 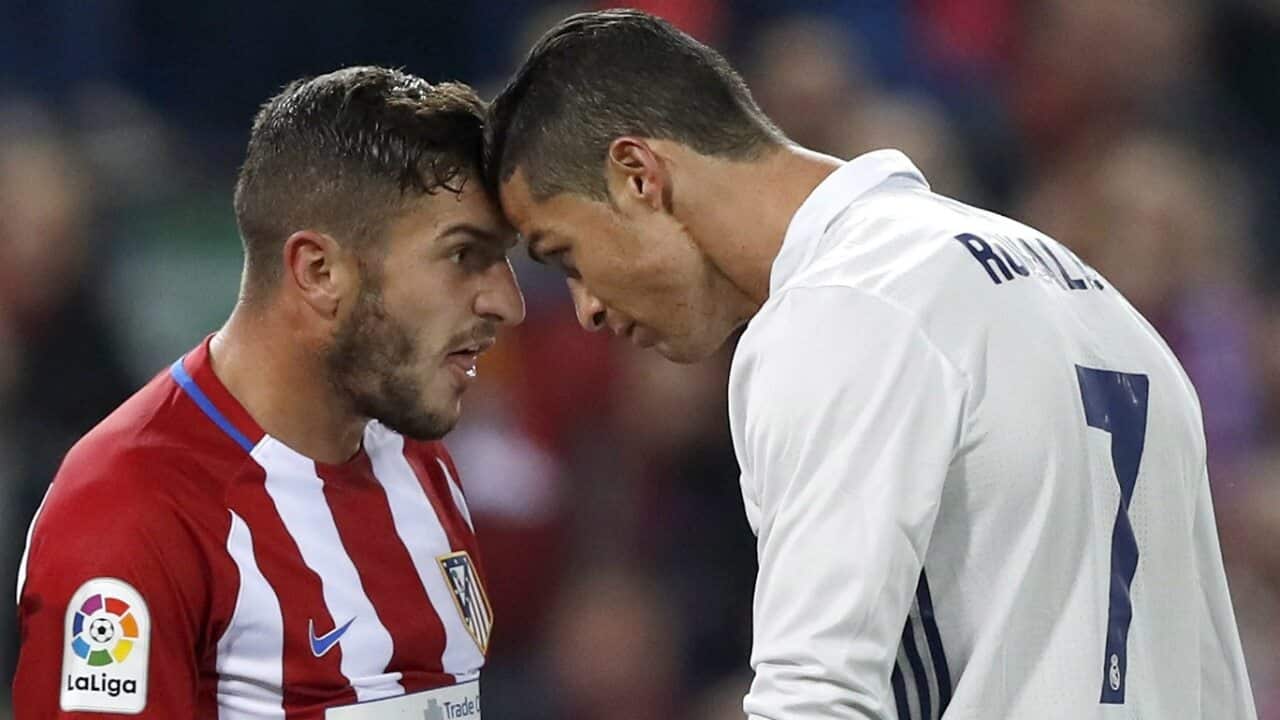 The Madrid derby is always fiercely competitive, whether they're playing in La Liga or a Champions League final, and this weekend was no different.

An incident during the match between Ronaldo and Koke is being talked about all around the world.

The Atletico midfielder used a homophobic slur during the match calling Ronaldo a "fa***t" after the two clashed during a corner kick.

Advertisement
Ronaldo responded immediately with, "Yeah a fa***t with a lot of money, you b*****d!"

The incident was picked up by Spanish TV program El Dia Despues (The Day After), who also captured Atleti captain Diego Godin calling the referee a coward.

Ronaldo finished the match the happier of the two as he scored a hat-trick in a crucial 3-0 victory at the Vincente Calderon stadium.