Togo striker Francis Kone has been hailed a 'hero' after saving the life of his opposing goalkeeper during a Czech First League match. 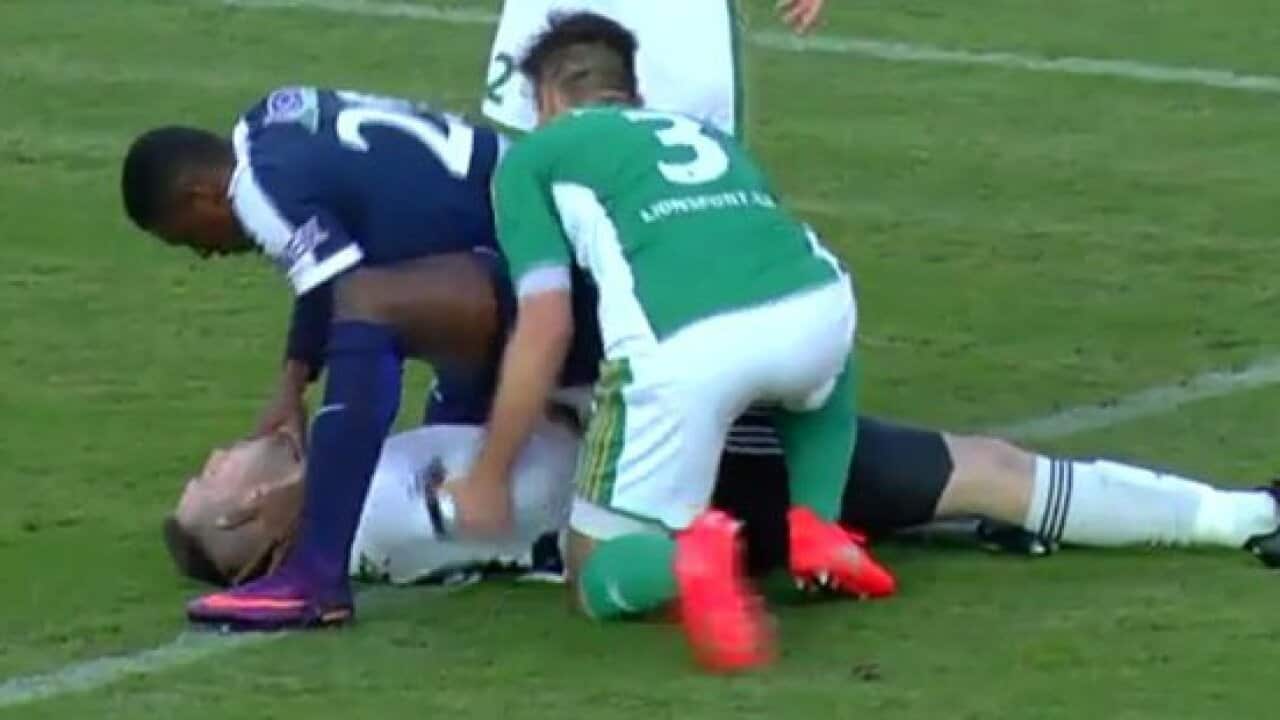 Bohemians 1905's Kone, who has two caps for Togo, prevented Slovacko goalkeeper Martin Berkovec from swallowing his own tongue after a horror collision with team-mate, Daniel Krch.

Fortunately for Berkovec, 26-year-old Kone promptly attended to the shot-stopper, after spotting he had swallowed his tongue, and immediately pulled it out to save his life.

Advertisement
After being taken to hospital, Berkovec thanked Kone on Facebook for his 'hero' intervention.

"I would like to thank Francis Kone for rescue and emergency at today’s game" (English translation), Berkovec wrote.

"I’m glad for the relief and thanks again!!!"

The incident occured during the first half of Bohemians' 0-0 draw with Slovacko, as both clubs remain in the bottom half of the Czech First League table.