Reborn Australia attacker Robbie Kruse Australia insists the Socceroos are looking to create a dynasty at Russia 2018, and will only have themselves to blame should they fail to qualify, as the 27 year-old eyes a maiden FIFA World Cup finals appearance. 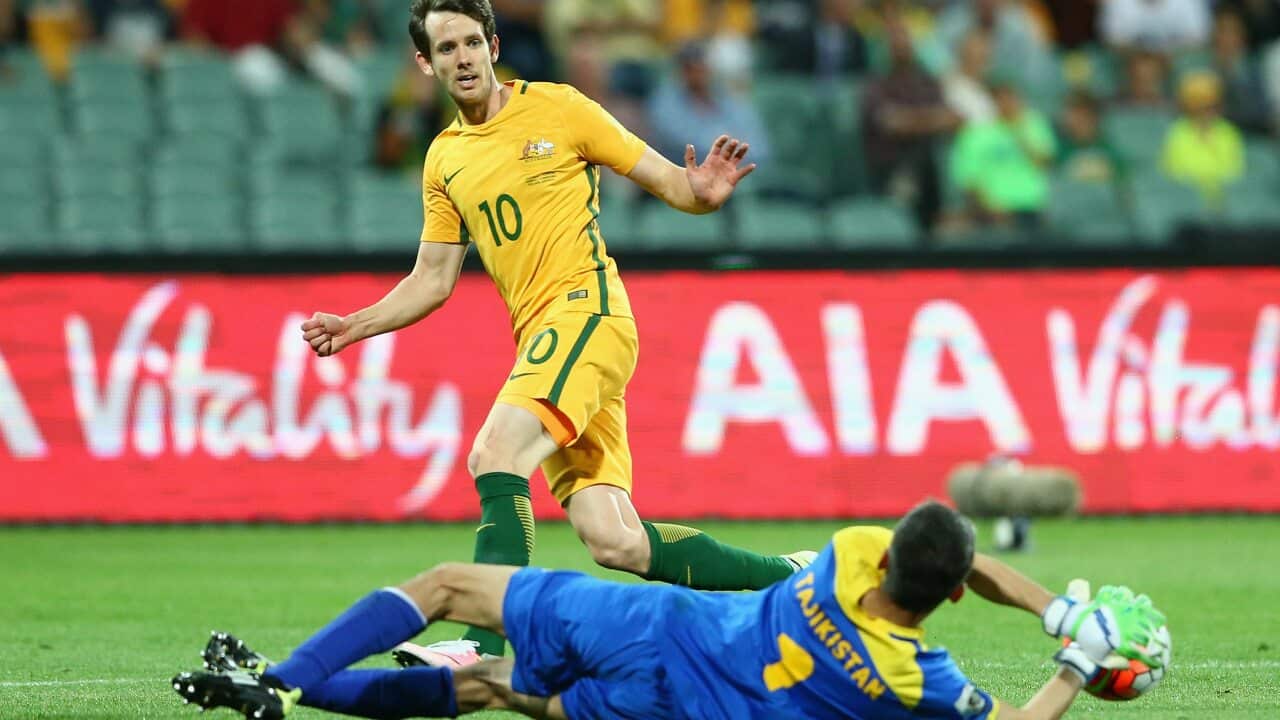 Ruled out of Brazil 2014 due to a cruciate ligament injury, the Bayer Leverkusen flyer is aiming to remain front and centre of Australia’s final qualifying push, which begins at home against Iraq in September.

And with Australia also placed in a group including perennial foes Japan, Saudi Arabia, UAE and Thailand, Kruse sees no room for platitudes or excuses should anything go awry and a top-two finish is not secured.

Failure to accomplish that would toss the reigning AFC Asian Cup champions into a play-off lottery, but Kruse, who made a triumphant return to the national team after a long injury absence with three assists in the recent 5-1 win over Jordan, doesn't countenance that eventuality.

“We feel we are the best team in Asia and we want to go to the World Cup and create a bit of a dynasty for ourselves, and perform really well," Kruse said.

“Both groups (A and B) are quite tough, particularly when you have either Japan or Korea in your group.

"We know it’s going to difficult because Asia is improving every year and there are no easy beats anymore.

“But, in saying that, it’s just as hard for the European and South Americans in their campaigns and if we can’t qualify from this group, then we don’t deserve to be there.

“To do that you have to be able to qualify quite convincingly through Asia, and that’s what we aim to accomplish.

“After our last two games (the 7-1 win over Tajikistan and the hammering of Jordan) we are starting to play the way the boss (Ange Postecoglou) wants us to.

"We have been together a few years now and even though I've missed a fair bit of time through injuries, we are getting that understanding in the team.”

Kruse, though, gives Australia's Group B rivals due credit and is treating each with caution.

"We know they will all be fit and compact and will know how to defend and will be very tactically aware," he said.

“We are under no illusions about that. The boss always talks about no matter who plays, it’s great to show what we can do, and I think you will see us do that in these games coming up.

“I am really looking forward to coming up against Japan. It's always so close against them, and I am sure the rest of the boys feel the same way.”

Though Kruse has had stop-start campaign with Leverkusen, after returning from his loan spell at Stuttgart, he has a year remaining on his contract and will be determined to make 2016-2017 a memorable season at club level.

His return for the national team has already drawn high praise from Postecoglou, and Kruse reckons there's plenty more where that came from in terms of high calibre performances.

“I love playing for the national team and I think I can bring a lot to the squad," Kruse said.

"Hopefully I can carry on now and help the team achieve a lot of success. It's exciting times.”