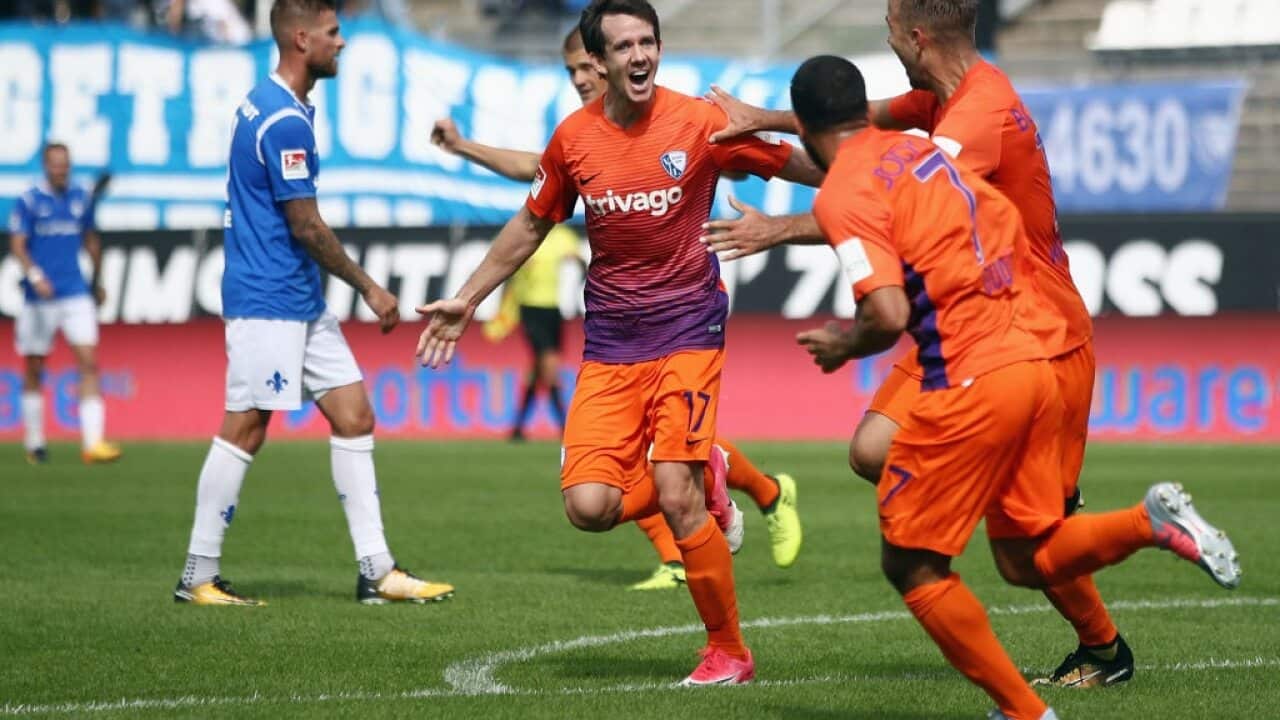 Kruse struck in the 86th minute to complete an incredible comeback for Vfl Bochum after Darmstadt took a 1-0 lead mid way through the first half.

However, the match will be remembered more for a bizarre reversed penalty decision during the second half.

VfL Bochum captain Felix Bastians was praised by both sides for his conduct following the incident which happened when his team were trailing Darmstadt 1-0 with less than half an hour to go.

Advertisement
Referee Benedikt Kempkes pointed to the spot when Bastians burst into the penalty area and went down in the 63rd minute.

As he was surrounded by protesting Darmstadt players, the referee decided to ask Bastians what had really happened -- and the Bochum player said there had been no contact.

"The ref asked me if he had touched me, which he hadn't," said Bastians. "He stuck his foot out and when I'm at full speed that's enough sometimes. But I told him there was no contact and that's why he correctly didn't award the penalty."

Darmstadt coach Torsten Frings said: "I take my hat off to Felix Bastians. A huge compliment to him. You see that very rarely in professional football."

"I don't tell the players to indicate to referees when they've made mistakes but they're all adults and they should show their character. Most would do that at 4-0 or 5-0 up, but not in such a situation," the Bochum manager said.

Perhaps Bastians' honesty was rewarded as his side scored twice in the last 10 minutes to win 2-1, although he admitted he only owned up because the referee asked.

"We should try to be honest, as far as that is possible in the tough world of professional football. It went without thinking that I shouldn't lie," he said.

"If he hadn't asked me, I'd happily have scored the penalty, that is also clear."