Ten-man Lyon clung on to second place in the Ligue 1 table as Alexandre Lacazette's late goal forced a 1-1 draw with Nice. 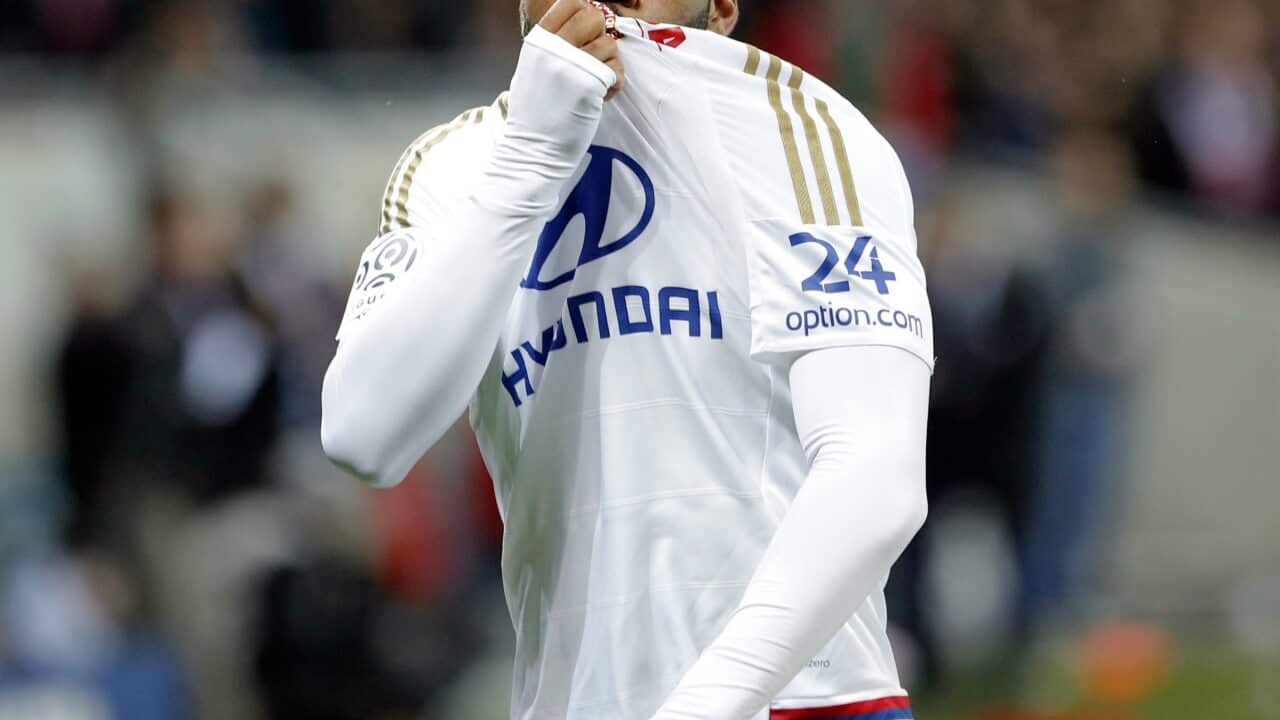 Valere Germain's first-half opener would have been good enough to lift Nice above their hosts at Parc OL, who lost Maxwel Cornet to a 25th-minute red card.

However, after play was suspended while a large amount of paper was cleared from the pitch, Lacazette struck his 17th goal of the season to grab a point.

Germain gave Nice the upper hand after 18 minutes at Lyon's new stadium. Ricardo Pereira combined with Alassane Plea down the left before drifting a cross into the six-yard box that Germain glanced beyond Anthony Lopes.

OGC could not force the issue before the break, though, with Hatem Ben Arfa coming closest to scoring their second goal when swinging in a corner that Lopes almost failed to collect.

Germain missed a great opportunity to double Nice's lead when play resumed, but the on-loan Monaco striker arrived a split second too late to convert a flowing team move.

The momentum was with Les Aiglons, at least until the 69th minute, when a deluge of paper and plastic bags from the stands forced a six-minute break.

Cardinale was briefly Nice's hero after the interruption as he denied Lacazette at the near post, but the in-form France international soon got through.

Mathieu Valbuena's free-kick clattered off the bar where Lacazette was lurking to bundle the ball over the line.

Lyon should really have turned the game on its head in the final stages, which were prolonged with the addition eight minutes of stoppage-time, yet no white-shirted player managed to capitalise when Valbuena's corner bobbled temptingly around the Nice box at the death.

The result nudges Lyon a further point clear of third-placed Monaco, while Nice are just behind the principality club heading into their four-game run-in.