Bentleigh Greens defensive midfielder Troy Ruthven said his side have a real shot of causing an upset when they host Melbourne Victory in the FFA Cup quarter-finals on Tuesday. 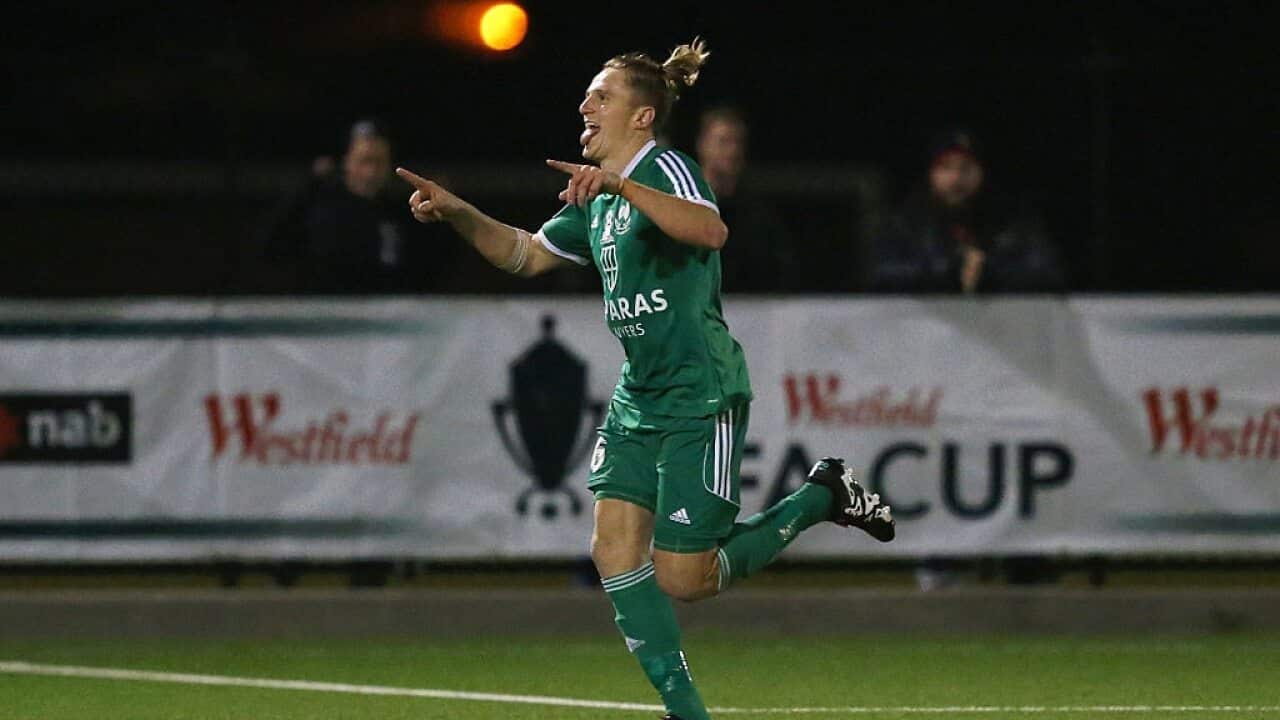 Ruthven works Monday to Friday as a landscaper and said his day job "doesn’t help the body".

It's a stark contrast to Melbourne Victory's star-studded line-up and their elite full-time training regime.

But the 26-year-old is relishing the chance of marking Australia’s 2015 AFC Asian Cup hero and star Victory recruit James Troisi.

Advertisement
"Trying to stop him (Troisi) will be a tough task but if I can minimise him getting the ball, then it will surely make our job (of causing an upset) easier," Ruthven said.

Ruthven admitted that 2014 FFA Cup semi-finalists Bentleigh faced an extremely tough assignment but he declared "it wouldn’t be worth turning up" if they didn’t believe they could upset the FFA Cup holders.

"Of course we stand a chance of beating Victory," he said.

"At the end of the day, if we play to our potential, and want it enough, then we should do ourselves and our club proud."

Formerly with Palm Beach Sharks, Ruthven was also involved in their run to the 2014 FFA Cup quarter-finals, which was ended by Central Coast Mariners.

He said that experience, as well as starring on the reality television show Football Superstar four years earlier, will hold him in good stead against the three-time A-League champions.

"Personally I think being involved in Palm Beach’s 2014 campaign will help me against the Victory. I found out first-hand the pace that A-League clubs can play at and how crucial it is in trying to stop them doing so," Ruthven said.

"My appearance on Football Superstar was a great learning experience and I’ve taken that through with me to this day."

On their run to this year’s FFA Cup quarter-finals, Bentleigh have accounted for Travis Dodd’s MetroStars in the Round of 32 - with Ruthven scoring the winning penalty in the shootout win - before they prevailed against Devonport City in the Round of 16, also in extra-time.