Mikel Oyarzabal struck the only goal deep in stoppage-time to snatch Real Sociedad a 1-0 win at mid-table Primera Division rivals Valencia to ensure his side closed the season with back-to-back victories. 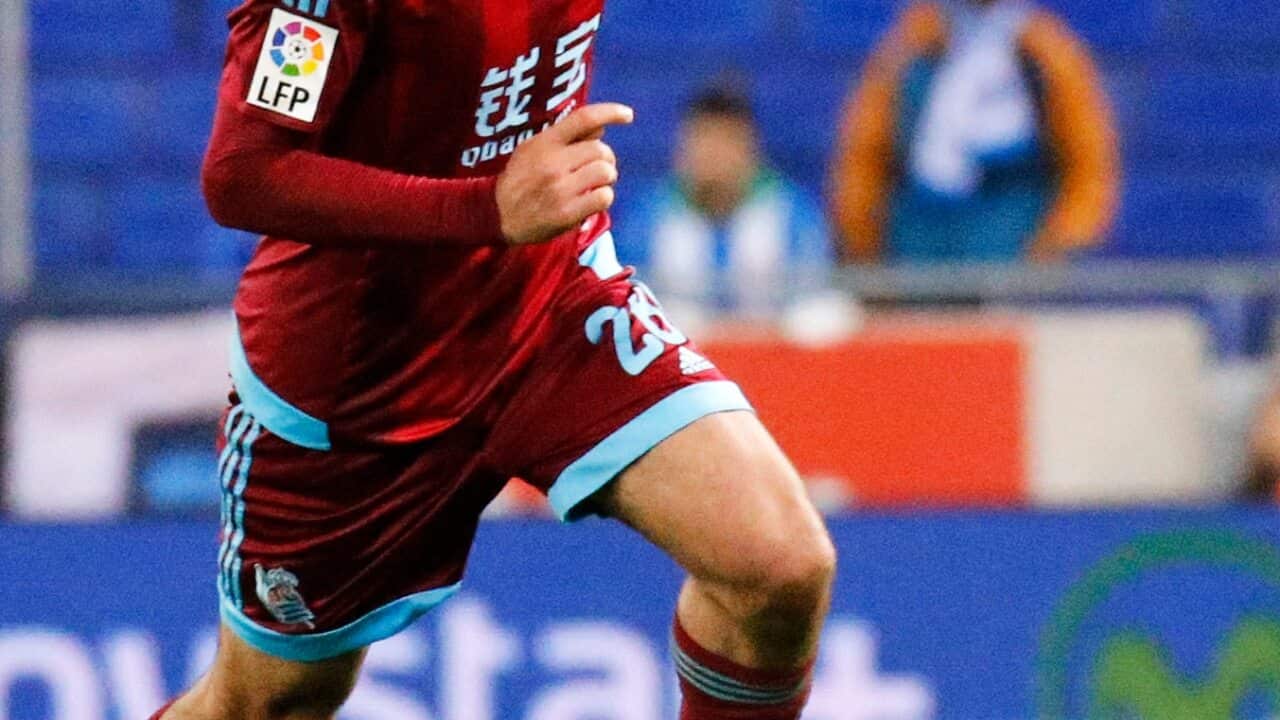 Forward Oyarzabal fired home in the fourth minute of time added on to send Valencia to a third straight defeat as Sociedad followed up last week's win against Rayo Vallecano with another three points.

Australia goalkeeper Mat Ryan was an unused substitute for Valencia.

Valencia's Paco Alcacer and Sociedad's Xabi Prieto were both off target with shots in the opening 12 minutes and visiting defender Mikel Gonzalez fired just wide after a 17th-minute corner.

Advertisement
Sociedad striker Jon Bautista forced Jaume Domenech into the first save of the match with a low shot from outside the penalty area.

Valencia had their best first-half effort in stoppage-time before the break when Aderlan Santos headed Daniel Parejo's cross narrowly wide.

Defender Aritz Elustondo was first to threaten in the second period with a header as Sociedad searched for the opening goal and Jaume denied them again in the 69th minute when keeping out Bruma's low shot.

Valencia had to wait until the 73rd minute before their next attempt on goal, with Santi Mina's shot flashing past a post while midfielder partner Andre Gomes blazed his effort way over the crossbar.

Jaume was solid again when saving another drive from Bruma with 11 minutes left before the action hotted up in the closing stages.

Parejo crashed a rising shot just off target and at the other end Bruma was again thwarted by Jaume, who then kept out David Zurutuza's goalbound header.

Valencia substitute Alvaro Negredo was inches away with his stoppage-time effort, but Sociedad snatched it even deeper in time added on when Oyarzabal hammered a low shot into the corner after a scramble in the area.