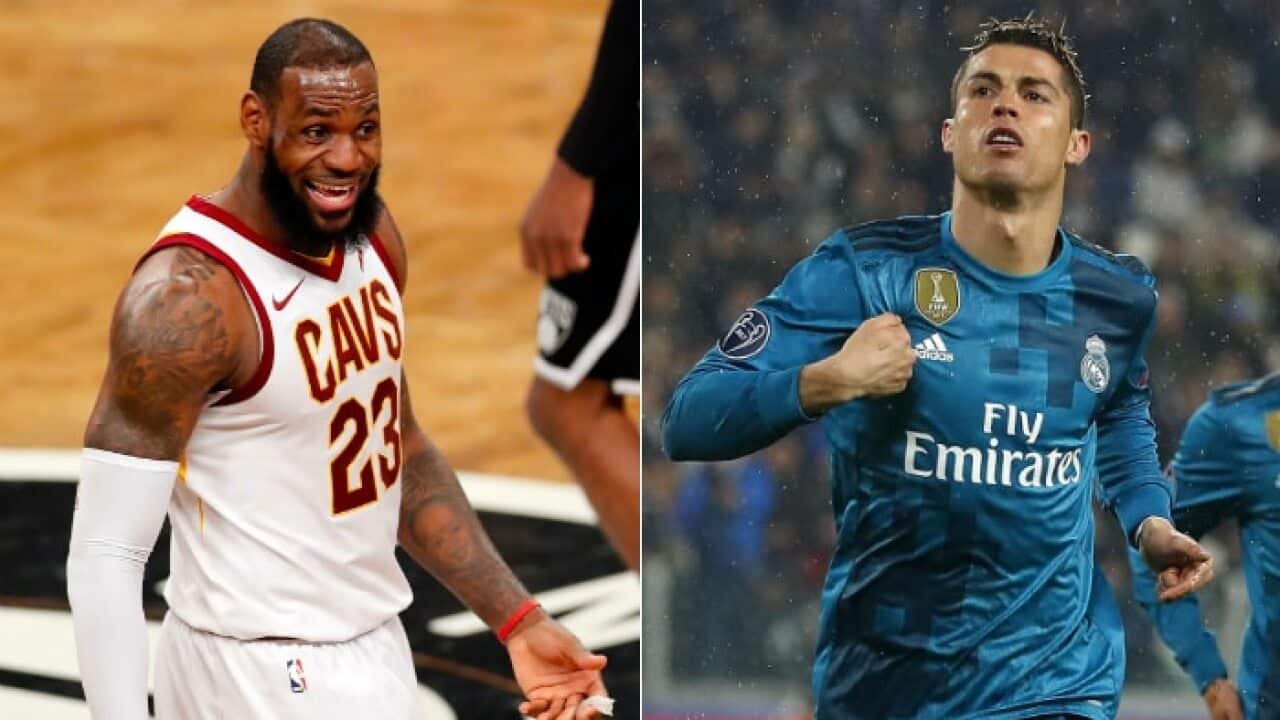 Ronaldo scored two goals as Real Madrid eased to a 3-0 win over Juventus in the first leg of their UEFA Champions League quarter-final clash on Wednesday (AEST).

And while his first goal was predatory, his second was pure magic or - in the words of James - just plain "nasty".

"Are you not entertained!?!?!," James said via his Instagram.

As did AC Milan legends Ruud Gullit and Franco Baresi.

Ronaldo has now scored in a record 10 consecutive UEFA Champions League matches and took his overall goal tally to 39 across all competitions this season.