Australia attacker Mathew Leckie had a mixed outing as he earned a penalty in Ingolstadt's 2-0 Bundesliga win at Eintracht Frankfurt but was later sent off. 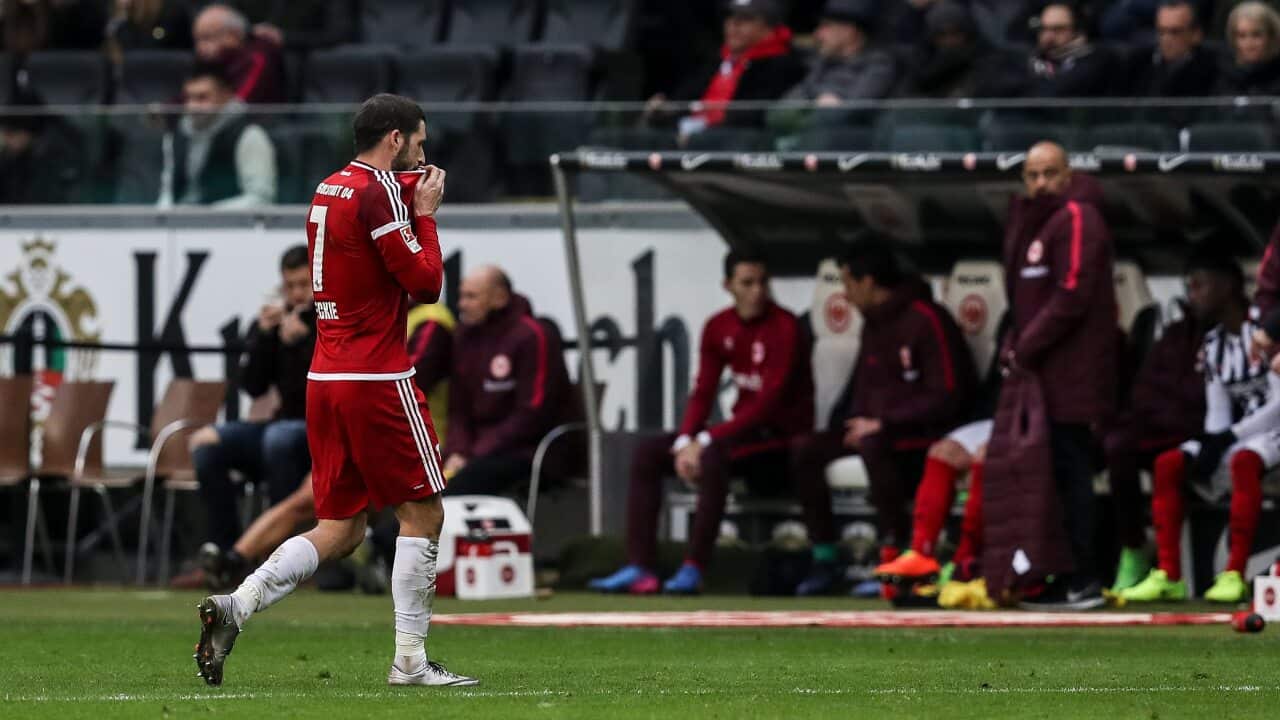 Second-from-bottom Ingolstadt's - who had only scored seven times on the road prior to their trip to Frankfurt - win dented the hosts' hopes of UEFA Champions League qualification.

Romain Bregerie volleyed the visitors into a 26th-minute lead and fifth-placed Frankfurt's task was made harder eight minutes later when David Abraham was dismissed for a foul on Dario Lezcano.

The hosts were given a chance to level the scores when Martin Hansen fouled Ante Rebic but Makoto Hasebe struck the bar with his 56th-minute penalty.

Advertisement
And Pascal Gross made them pay from the spot 13 minutes later, after Michael Hector had been penalised for fouling Leckie.

Leckie himself saw red for an 81st-minute challenge on Bastian Oczipka but Ingolstadt held on for a welcome three points.